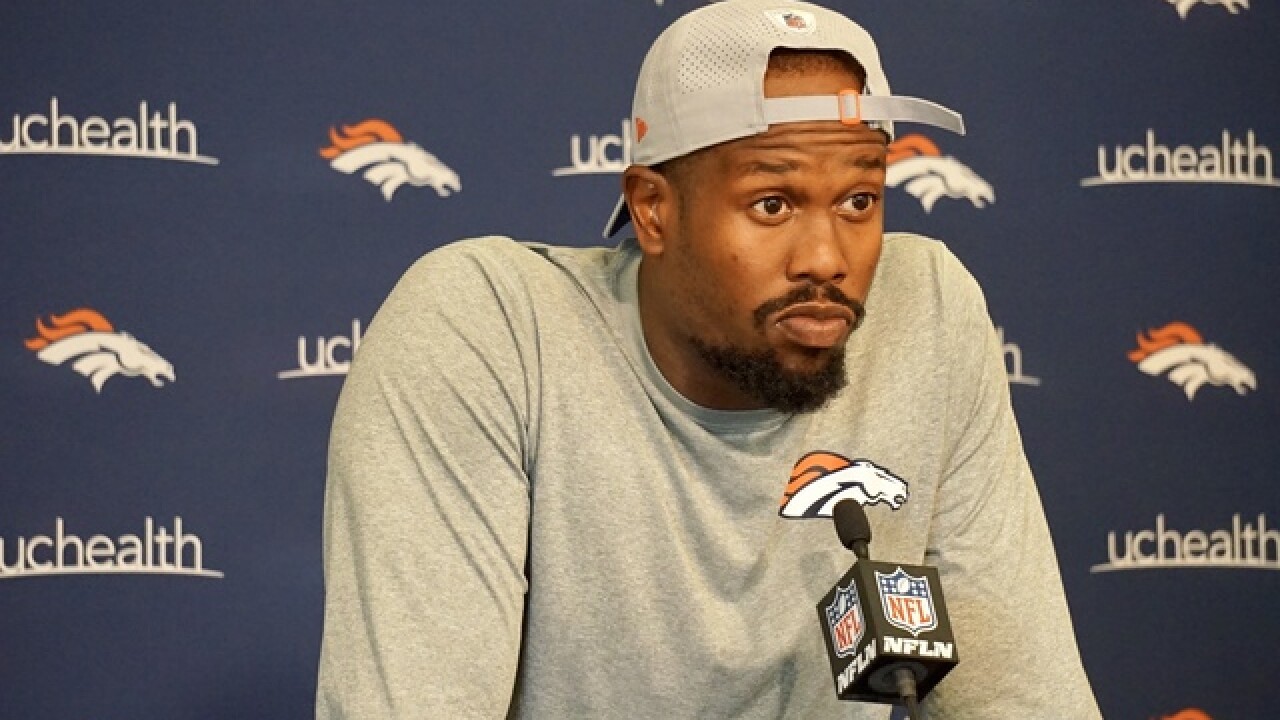 The Broncos defense insisted their preseason opener provided a false cameo as the Vikings gashed them for 135 first quarter yards. Against the Bears, the Broncos stood firm, pitching a shutout in the first 15 minutes. And yet, no starting pass rusher owns a sack. Bradley Chubb netted a safety, but Denver has yet to corral the quarterback with its fearsome foursome of outside linebackers.

And now on the eve of Washington game, the final dress rehearsal of the preseason for top players, it's time for the defense figure out "Who are They?"

The Broncos built this group to create havoc. But let's be honest, this crew has changed dramatically over the last two seasons. Gone are stalwarts Aqib Talib, T.J. Ward, Malik Jackson and Danny Trevathan. The Broncos forged a personality of nastiness as the price of doing business. For the current group to reach its potential, it's imperative the Broncos play with a lead to unleash Von Miller and associates.

"Stopping the run is key. And putting the offense in a one-dimensional (mode) so we can rush the passer. We do have great pass rushers," coach Vance Joseph said. "But if you don't have a lead you won't ever see them come out."

The Broncos defense is expected to be at full strength save for safety Su'a Cravens, who has missed the entire preseason schedule with a sore knee. Questions remain in the secondary with the New Fly Zone. However, Tramaine Brock played well in his debut last week, showing poise, and the team believes in rookie corner Isaac Yiadom, whose development was microwaved with a team-high 58 snaps last week.

"We’re still a couple of weeks away. We just want to keep progressing. We added a little bit more to the defense this week," coordinator Joe Woods said. "We want to make sure guys go out and execute the defense and show that they understand it. As long as we keep taking steps and we get better in all of the areas in terms of first down, third down, red zone, things of that nature, that’s more important right now than worrying about Seattle at this point.”

The Broncos ruled out multiple players for Thursday's game because of injuries, among them former Thunder Ridge star Sam Jones (back), guard J.J. Dielman (knee), cornerback Marcus Rios (leg), and lineman Andreas Knappe (concussion protocol). ... Guard Ron Leary is a gametime decision because of knee issues. Leary told Denver7 his knee "is getting there... It's taking time, but I should be 100 percent" for the season opener. That's why it would not be a shock if he sits against Washington.

Max Garcia has benefited from Leary's absence. Coaches continue to praise him as one of the line's best performers. He has shown new versatility, working at both guard spots and center. Garcia, on the bubble to make the team in July, appears a lock now. ... Joseph is not counting snaps, but looking for progress from the first-team units. It's expected the first-teamers will play at least the first half. ... Emmanuel Sanders continues to show out at practice. No one has had a better summer than the veteran receiver. He believes in Case Keenum. "We have a quarterback." ... Don't be surprised if Demaryius Thomas has a breakout game vs. Washington after sitting out against Chicago with a sore wrist.