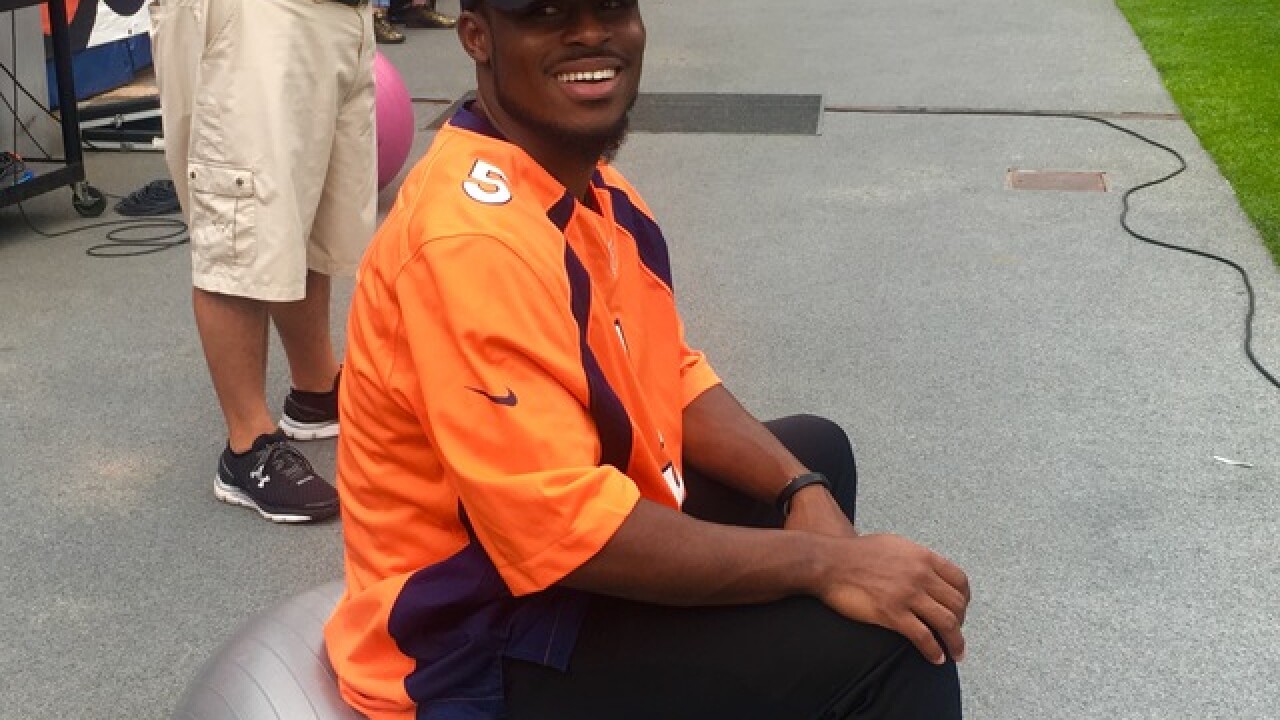 ENGLEWOOD, Colo. -- The hours leading to the 2 p.m. 53-man roster limit deadline create cringes. The decisions remain difficult, and good players land on the street, victims of circumstances, performance and, in some cases, bad luck.

The Broncos began trimming Saturday with notable veteran cuts -- defensive tackle Clinton McDonald and linebacker Zaire Anderson -- and moves that amounted to an indictment of the forgettable 2017 draft class.

In the early hours Saturday, they axed two third-rounders, and a fifth and sixth rounder from last year's group. The Broncos kept Chad Kelly as the backup quarterback with Paxton Lynch as the third stringer. The deadline for compiling the practice squad is 11 a.m. Sunday.

Saturday, the cuts began with running back De'Angelo Henderson, a fan favorite after making the team out of Coastal Carolina and showing well in the preseason. He was among the final candidates for the 53rd spot. Then, cornerback Brendan Langley, whose fate was sealed when the team signed free agent Adam Jones this week, joined receivers Isaiah McKenzie and Carlos Henderson.

McKenzie drew the ire of Broncos' country with six fumbles on punts a year ago. He returned this summer and made progress. However, he fumbled as a receiver against the Chicago Bears, and his fate as a punt returner was sealed when the team added Jones.

Langley and Carlos Henderson were third-round picks in 2017. Langley, a project who played receiver and cornerback in college, appeared briefly last season, flopping miserably at Oakland after officials ejected Aqib Talib for fighting. Jones made him expendable as well.

Carlos Henderson never played a snap for the Broncos, landing on injured reserve last season with a thumb injury as talk mounted that he wouldn't survive his first training camp. He is suspended for the first game of the 2018 season. He could land on the practice squad.

For De'Angelo Henderson, the news amounted to a gut punch. He survived an horrific traffic accident in the offseason, suffering an injured wrist. He came back strong in training camp, but could not fend off the hard-changing Phillip Lindsay. Lindsay's ascension made Henderson expendable.

"Welp. It's been real Broncos Country (peace out)," tweeted Henderson.

On social media, fans panned the decision, favoring Henderson's potential over starter Devontae Booker, who has averaged 3.6 yards per carry in 253 carries. The Broncos will carry three backs: Booker, Royce Freeman and Lindsay.

Linebackers Zaire Anderson and Jeff Holland also failed in their bids to stick. Anderson, a former Nebraska star, started three games over the past two seasons, but lost his spot, in part, to Joe Jones' special teams play. Anderson's removal also cleared a path for A.J. Johnson to make the team. The former Tennessee standout, who sat out the past 3 1/2 years before being exonerated in a rape case, will be inactive on game days initially, but has shown flashes on special teams. Also, the Broncos believed, with reason, that he would be claimed on waivers.

The competition at tight end cost two players. Austin Traylor and Brian Parker were cut, according to multiple sources. With a big game against Arizona, Matt LaCoss landed on the roster. Receiver River Cracraft, an ideal practice squad candidate, is out as well.

For McDonald, it's a tough time. He was a featured offseason signing, viewed as inside pass rusher after landing a two-year, $7-million deal. But a shoulder issue flared up. He restructured his contract. He received $1 million and converted the remaining $3 million into roster bonuses. In the end, he was unable to unseat DeMarcus Walker, one of the few in the 2017 class to survive.