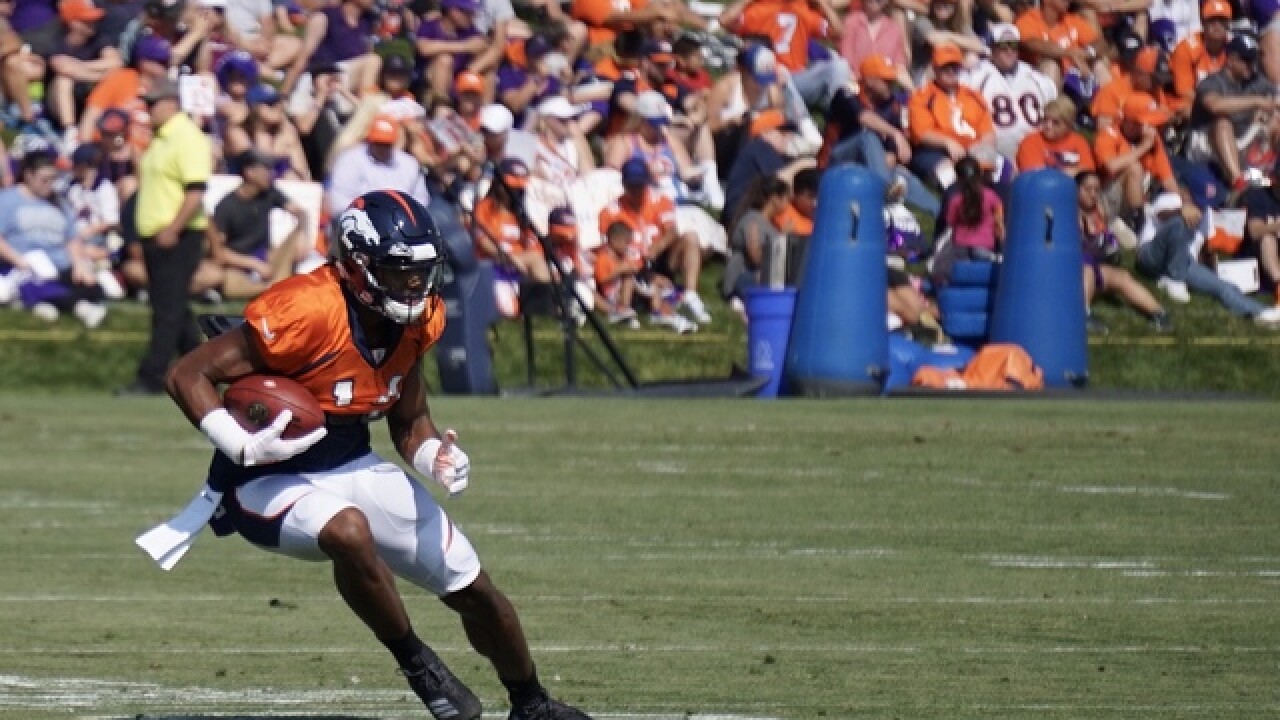 ENGLEWOOD, Colo. – Courtland Sutton caught fire this season, leaving his Pro Bowl omission catching heat. How could someone with his numbers not make the exhibition game for the sport's best players? Voting can be problematic is the simple answer. Wednesday offered a solution.

Sutton, an original alternate, earned his first Pro Bowl berth, replacing injured Houston star DeAndre Hopkins. Sutton was disappointed when he missed the honor, repeating the phrase, "It is what it is." Teammates were upset.

A wrong was made right on Wednesday.

"I’m so thankful and grateful for this opportunity. There’s so much more to push towards and I’m excited about it all," Sutton tweeted. "Thank y’all for all the love!"

His teammates were delighted by the news. Sutton anchored the offense, producing big numbers despite playing with three different starting quarterbacks.

The receiver joins Von Miller as the Broncos representatives. Miller dealt with a sprained MCL in his knee over the final month, but, as of now, is expected to play given how well the injury responded at the end of the season.

Sutton blossomed into a star in his second season, posting 72 catches with 1,112 yards and six touchdowns. He ranked third in the AFC with 15.4 yards per catch, and developed a reputation for big plays and drawing interference calls. Sutton is the second member of the 2018 rookie class to reach the Pro Bowl. Phillip Lindsay made it in his rookie season. Sutton's production is unmatched in his first two seasons as he owns franchise marks for the most receiving yards (1,816), and scores (10). Sutton is considered part of the team's core of young leaders along with Bradley Chubb, Lindsay, Risner and Drew Lock.

The Pro Bowl will be played on Sunday, Jan. 26, in Orlando.

Footnotes
Von Miller is scheduled to appear on the Tamron Hall talk show on Thursday. ... The Broncos signed Tyler Jones, a first-year offensive lineman from NC State, to a futures contract.