Broncos competing with Texans for Osweiler 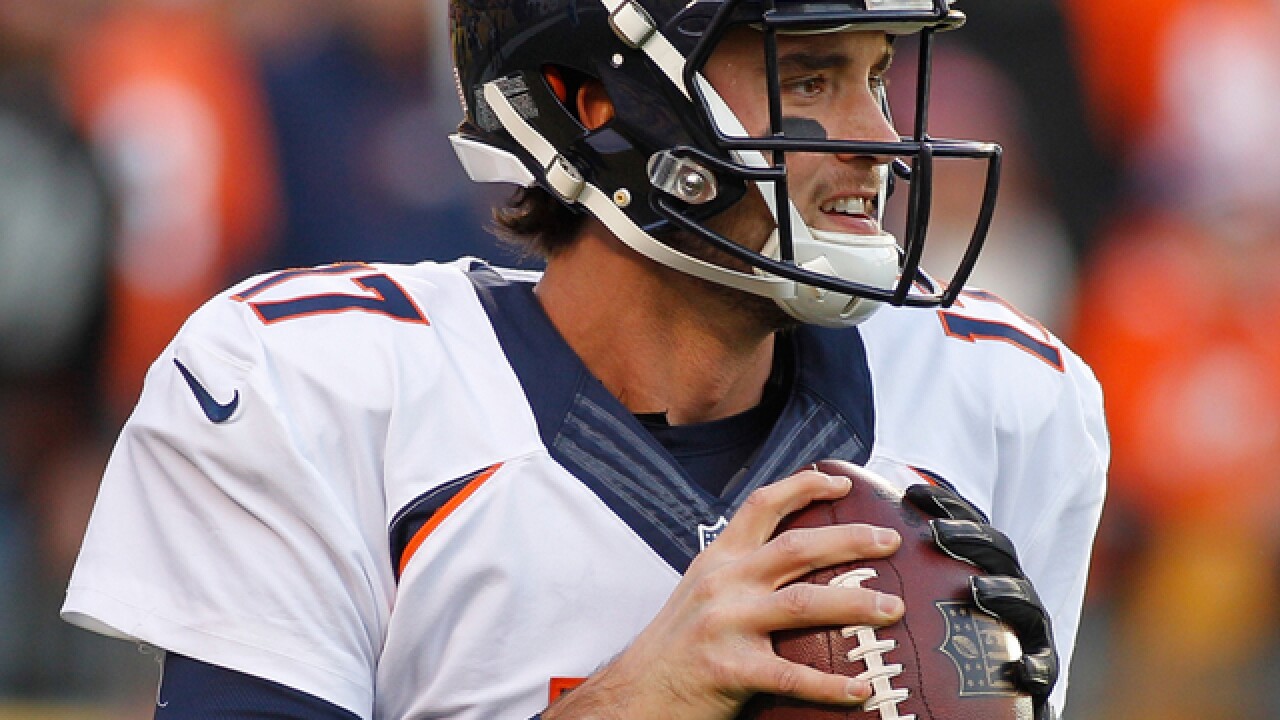 Justin K. Aller
<p>PITTSBURGH, PA - DECEMBER 20: Brock Osweiler #17 of the Denver Broncos warms up before the game against the Pittsburgh Steelers at Heinz Field on December 20, 2015 in Pittsburgh, Pennsylvania. (Photo by Justin Aller/Getty Images)</p>

The Broncos' search for Peyton Manning's replacement remains, for now, in house. Denver continues its attempt to bring back Brock Osweiler, a bid that has been met by competition from the Houston Texans.

The Broncos made a competitive offer to Osweiler last month of three years, $39 million with escalators that could increase the value, The Denver Post reports. The unknown guaranteed money holds the key — and represents a chance for elasticity in the negotiations.

Free agency is defined by opportunity and money. Houston, like Denver, features both. The Texans reached the playoffs last season, winning the AFC South. They won seven of their final nine regular-season games, but Kansas City trounced them in the playoffs, 30-0, as quarterback Brian Hoyer completed 15 of 34 passes with four interceptions.

Osweiler, 25, has exercised patience in the market. He went 5-2 as the Broncos starter, but was benched in the final regular season game. Coach Gary Kubiak has praised Osweiler's mental toughness, and appreciates how he was groomed as a backup for three-plus seasons. Osweiler could face an interesting decision: start over with a contender like Houston, or take over a Super Bowl champion, while facing enormous expectations as Manning's successor.

Free agents can officially sign with other teams at 2 p.m. Wednesday.