Broncos' Clinton McDonald: 'I am healthy' 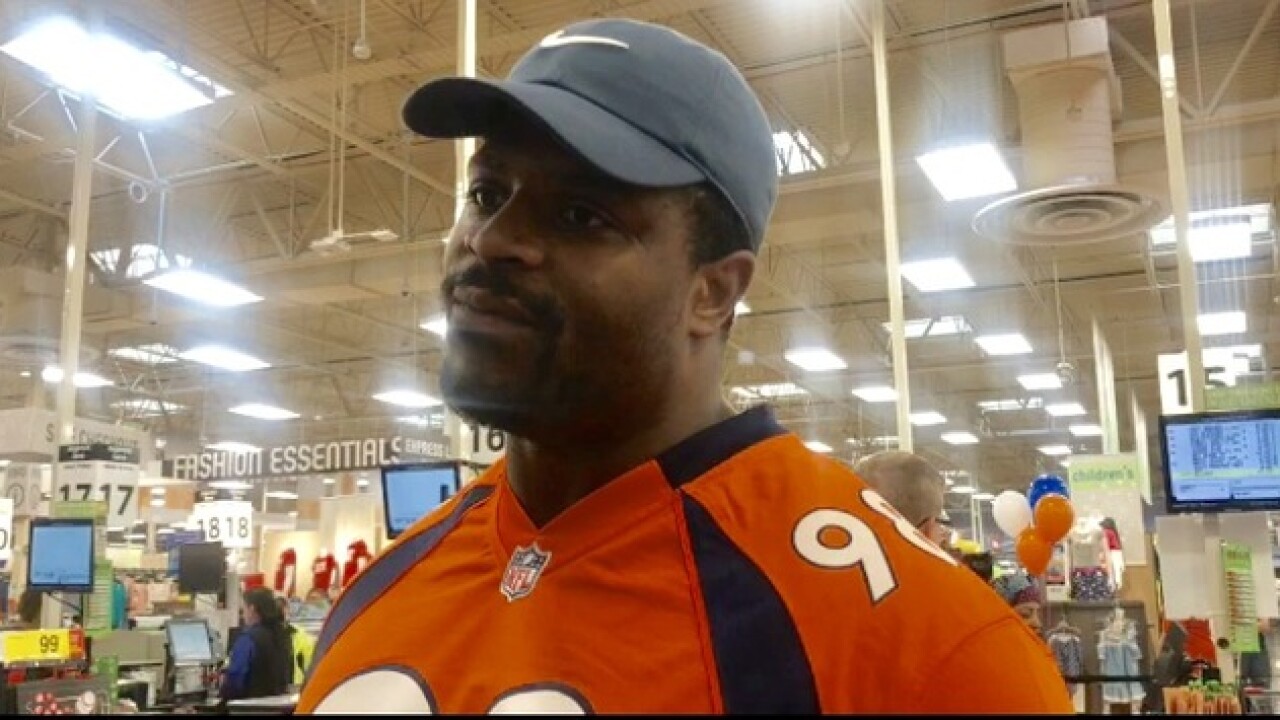 PARKER -- Clinton McDonald lived in the shadows, worked in the margins.

The Broncos signed him to a two-year deal in March, but a pectoral issue that surfaced in 2015 and continued to nag him last season required surgery, leaving him absent from the practice field this offseason. As a result, McDonald reworked his contract with the Broncos, changing his base salary this season from $3 million to $1 million because of his inability to pass a physical by June 11. He can earn his money back through roster and game day incentives.

As he brought smiles to kids' faces, stuffing backpacks with school supplies at a community event, McDonald professed his health. He believes he will pass Tuesday's physical at Dove Valley, clearing the defensive tackle to begin making an impact.

"It was humbling and shocking to have to sit out (during offseason OTAs). It was hard not to contribute," McDonald told Denver7. "I am looking forward to getting back out there with my teammates."

The Broncos signed the 31-year-old McDonald to provide an inside pass rush. He found a familiar face in nose tackle Domata Peko. The two were teammates in Cincinnati in 2010.

"He was always smiling everyday. He's a total professional. I have been working out with Domata, Derek Wolfe and Adam Gotsis here for the last three weeks, and I feel great," McDonald said. "This Dline has a chance to be one of the strengths of this team."

Peko arrived last year with questions about reaching a crossroads, and delivered arguably the best season of his career. He believes McDonald will boost a group that improved with the addition of Peko and Shelby Harris.

"I love Clint. He's a true professional on and off the field. He's a great addition to our room," Peko told Denvery on Monday night. "He's stout vs. the run and can rush as well. What I really like about him is his motor and engine on the field. He never gives up on plays."

McDonald embraces the coaching of Bill Kollar, who spares no one with his candid critiques and intense motivation. Kollar is credited for helping numerous players reach their potential, including Zach Kerr last season.

"He is passionate about his job," McDonald said. "And that makes it easier for me to do my job."

If McDonald fails to pass his physical, he could land on the PUP list. It could amount to a procedural move. McDonald would be eligible to return before the start of the regular season once he's cleared to practice. However, if he remains on the PUP list for Week 1, he would be required to sit out the first six games.

McDonald harbored positive thoughts Tuesday, while admitting, "I feel like I can contribute right now, but it's out of my hands when it comes to being medically cleared. Everything like that goes to the doctors, everyone that gets paid the big bucks."

"He was always the big homie," Leary said. "He helped me a lot when I came to Memphis."

So why Denver? McDonald believed Tampa Bay was poised to turn the corner, and it never happened. With the Broncos, he believes he found a team capable of reaching the postseason.

"I love the journey this team is on," McDonald said. "They want to win and have a history of winning."