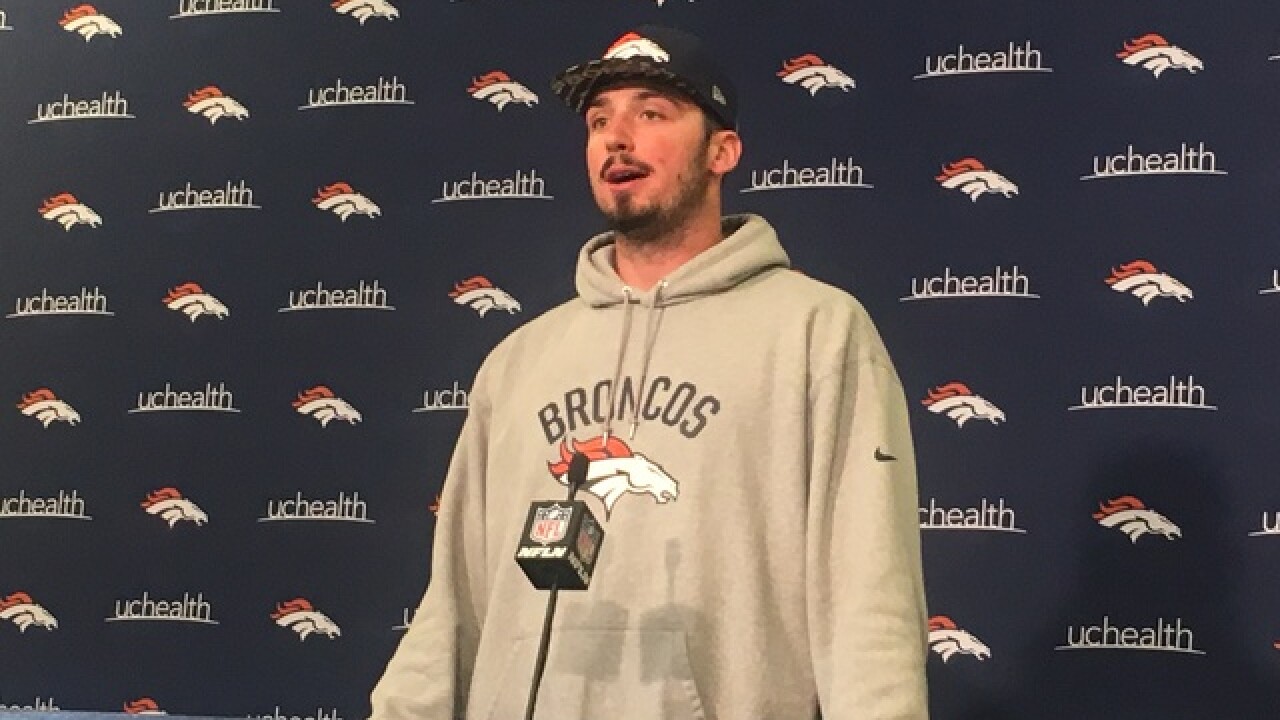 However, Elway admitted Saturday none were interested, leaving first-round bust Paxton Lynch on the roster as a third-stringer.

Then came the waiver-wire, and the end of Lynch's disappointing tenure in Denver. The Broncos cut Lynch, informing the former Memphis star Sunday.

"Vance and I met with Paxton this morning and informed him that it’s best for everyone to make this move. We appreciate all of Paxton’s hard work as a Bronco, and we wish him well in the future,” Elway said in a statement.

With the fifth spot in the pecking order, the Broncos claimed former Stanford quarterback Kevin Hogan. He doesn't exactly fit the profile of an experienced backup for the No. 2 spot, but he provides competition for Chad Kelly. Kelly earned the backup spot with a terrific summer, showing poise, confidence befitting his self-given nickname "Swag," and the ability to overcome adversity.

With Hogan in the fold, Lynch was gone. He needs a fresh start. And the team needs a clean slate at the position. Lynch never gained traction this summer, booed off the field against the Minnesota Vikings in the preseason opener.

He finished strong in the exhibition finale against third stringers, but it couldn't mask his issues with the Broncos. He failed to grasp the offense as a rookie, and was unable to win the starting job in two chances. Twice seventh-rounder Trevor Siemian beat him out, and this summer Kelly, the last pick in the 2016 draft, bested him for the No. 2 role.

Given a chance to start against Oakland last season, Lynch fizzled, and ended the game crying on the sidelines as the team nearly rallied to victory. The incident hurt his credibility in the locker room. In the end, his athleticism never translated into consistent performance, leading to the Broncos' decision to move on without him. Lynch started four games in Denver, going 1-3, his lone win at Jacksonville in 2016. In his Broncos career, he completed 79 of 128 passes for 792 yards, four touchdowns and four interceptions.

Cutting Lynch comes with a cost. The Broncos owe him roughly $2 million in guaranteed money and will absorb a nearly $5 million cap hit spread over the next two seasons.

Sunday also brought concerning news about safety Su'a Cravens. He landed on the inured reserve after playing only once in the preseason last Thursday. It suggests his knee refuses to cooperate, a situation worth monitoring as to when Cravens would return. His injury gave new life to Isaiah McKenzie. He is back on the 53-man roster after being in line to join the practice squad. With Cravens sidelined, it's possible the Broncos will bring back safety Shamarko Thomas after the first week when teams no longer have to guarantee the salary for the season.

The Broncos have also assembled their 10-man practice squad (There's one extra player because Henderson is suspended). Note running back De'Angelo Henderson signed with the Jets practice squad. None of the players the Broncos cut were claimed on waivers: