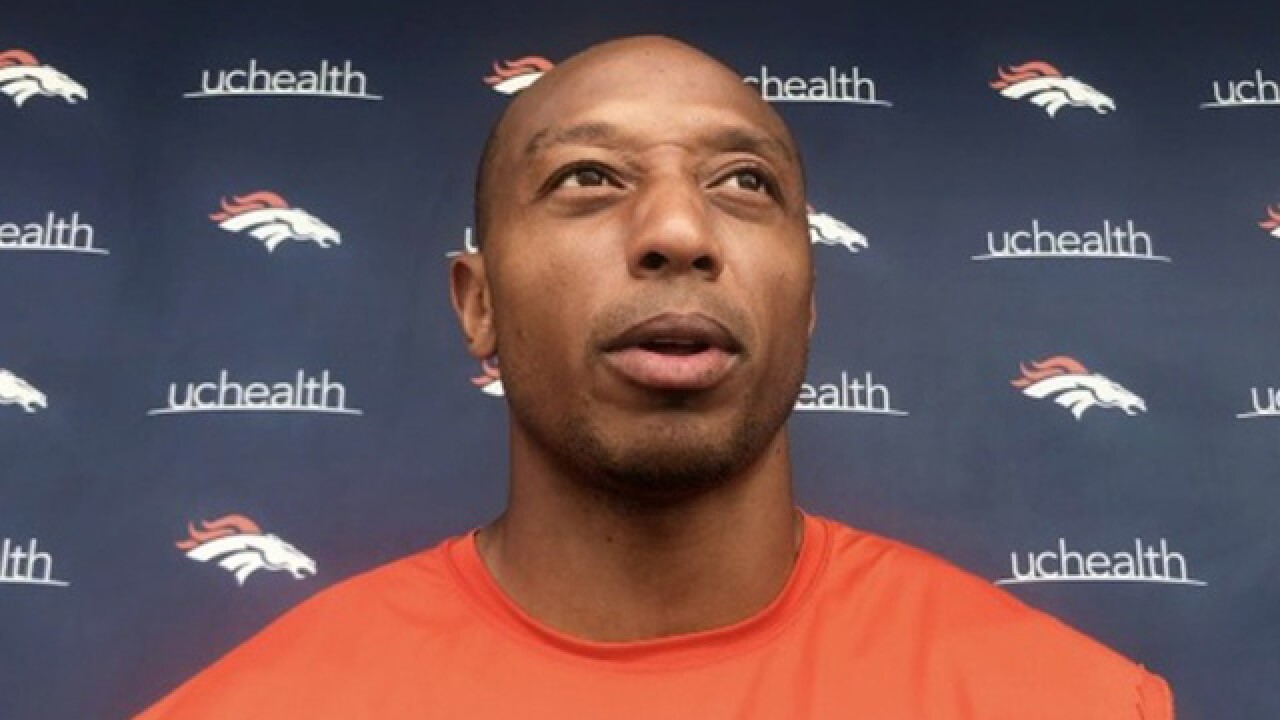 ENGLEWOOD, Colo. -- Chris Harris Jr., never afraid to speak his mind, made a prediction Sunday that widened eyes. I asked the decorated cornerback about the offense finally holding its own in practice after two seasons of looking like the junior varsity.

"Our offense is way better than they were last year with Case (Keenum) under center. Case and them are clicking right now and I expect them to put up points," Harris said. "I don't see anybody really just shutting them down with the receivers we have. I see them putting up points. At least 30 per game."

Come again? Harris doles out praise infrequently so the number caught me off guard. I reminded him the Broncos averaged 18.1 last season, 26th in the league.

"Oh man, I see double on that," Harris said.

Consider it unbridled optimism. The Eagles paced the NFL with 29 points per game last season. If the Broncos post 22 per week, their chances of returning to the playoffs increase dramatically. Forget 36. That's not realistic. Approach 30, and the Broncos will avoid back-to-back losing seasons for the first time since 1972 and make fantasy league owners delirious.

"We should get to 30," receiver Emmanuel Sanders told Denver7 on Sunday.

Sanders sees the progress of the young wide receivers and can't help but let his imagination run wild. He told me he's never seen a wideout better at the 50-50 ball than Courtland Sutton.

It makes the red zone, which became the dred zone last year, open up if Sutton can take coverage outside. That leaves Sanders to do work in the slot -- he's worked there plenty in base personnel this camp -- and Demaryius Thomas isolated on the outside. Throw in a functional tight end like Jake Butt, and you can see why the players brim with confidence.

"Our young guys work hard, they study, they are respectful. They want our help," Sanders said. "That's how you get better, working together and pushing each other."

It starts with quarterback Case Keenum. He has exceeded expectations since signing. His accuracy was known -- only Drew Brees completed a higher percentage of his passes last year -- but his leadership continues to draw raves. He has given the entire team a sense of normalcy, a rudder in the storm.

Keenum ran 12 plays with the first string offense vs. the top defense in Sunday's scrimmage. He completed 4-of-5 passes for roughly 30 yards. The Broncos converted multiple first downs, including one on pass interference on Harris while guarding Sanders.

"I am trying to end every drive with a kick, whether it's a field, extra point or punt," said Keenum on the balance between taking care of the ball and taking chances. "I realize sometimes the best play you can do is maybe throw it away (which he did once Sunday). Sometimes at worst you take a sack, just eat it, and let our defense do what they do. We have a great defense, great pass rushers. You give them the full length of the field to defend, and they will do a great job. I know the priority is to move and score points, but we have to protect the ball."

Coach Vance Joseph echoed this statement moments before Keenum stepped to the podium. He sees no negative connotation with a "game manager." He appreciates Keenum's accuracy and efficiency after watching his quarterbacks throw 22 picks last season.

There's no question the offense will be better. How much? Depends on whom you ask. Harris sent expectations soaring on Sunday.

"We have a great offensive coordinator (in Bill Musgrave). We used to hate going against him (in Oakland). We used to call him the mad scientist," Harris said. "The offense fits Case well. He has great weapons. I can't see why they can't average 30."