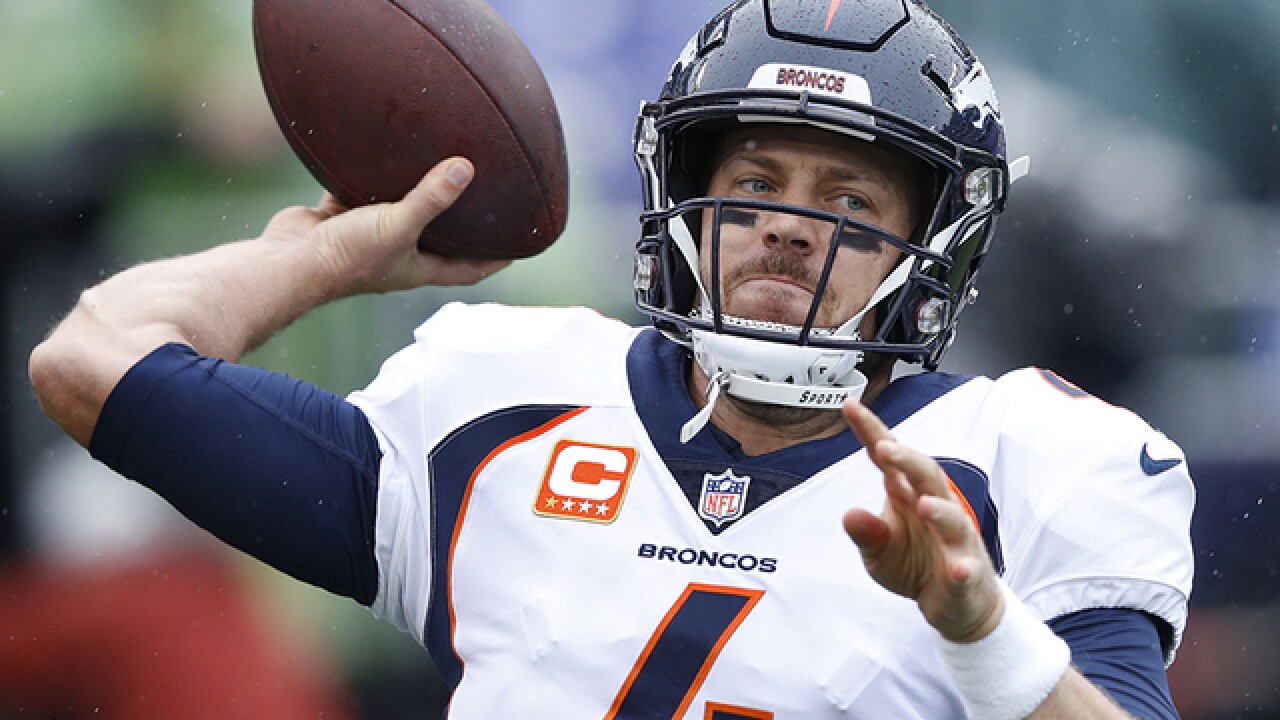 DENVER — From answer to afterthought.

Quarterback Case Keenum's time in Denver is coming to an abrupt end. Speaking for the first time on the Sports Spectrum podcast, Keenum admitted the Broncos' acquisition of Joe Flacco, which will become official on March 13, left him "shocked." Elway called Keenum last week before the news broke.

"I appreciate that. I was definitely shocked. It was a surprise for us. I think probably for the first day or so that’s kind of the way it was. For us, we’re definitely disappointed. It’s not something that we wanted to happen. I know that everybody is doing their job and John feels like that was a way to help the Broncos out. So, for us, it’s another chapter in our lives and we’re going to roll with it. We’re going to approach this like I do everything in my entire life and it’s not by accident that this happened. This is just another chapter and another opportunity to overcome some adversity in my life.”

Keenum arrived last season with hype, but failed to provide hope going forward. After posting an 11-3 record with Minnesota, including 22 touchdowns and seven interceptions, Keenum failed to gain traction in Denver. He signed a two-year, $36 million contract with Denver. After impressing in training camp, Keenum looked spooked following three interceptions in the opener. He threw picks in the first eight games. Keenum began to take care of the ball, but refused to take chances. So no turnovers did not translate to more offense.

In the end, the Broncos' spiral from 6-6 to 6-10 cost Keenum his job, and eventually his roster spot as he is expected to be released or traded. The Broncos are in line to take a $10 million cap hit with offset for his $7 million salary if and when he signs with another team. Keenum told reporters last week that failing to make the playoffs chapped him. He insisted the job of being the Broncos' quarterback wasn't too big, but it did appear bigger than he thought.

Now, there is an expiration date, his role as the leader coming to an end.

“I know my time with the Broncos has been really special. I’ve enjoyed every second of it. I have absolutely been so proud to wake up every day and walk into that building and to represent the Broncos as their quarterback. I know the tradition and history that the Broncos have at quarterback especially and it was an honor to represent them," Keenum said. "It’s really open-ended right now. We don’t know what’s going to happen, there’s still a lot up in the air; this is really fresh. So a lot of these emotions that we’re talking about are still kind of going on, still happening. So who knows what’s going to be in store? I don’t for sure, God does. But we’ll be ready for whatever God has in store for us next."