Beat Chiefs, and Broncos can make noise in AFC West 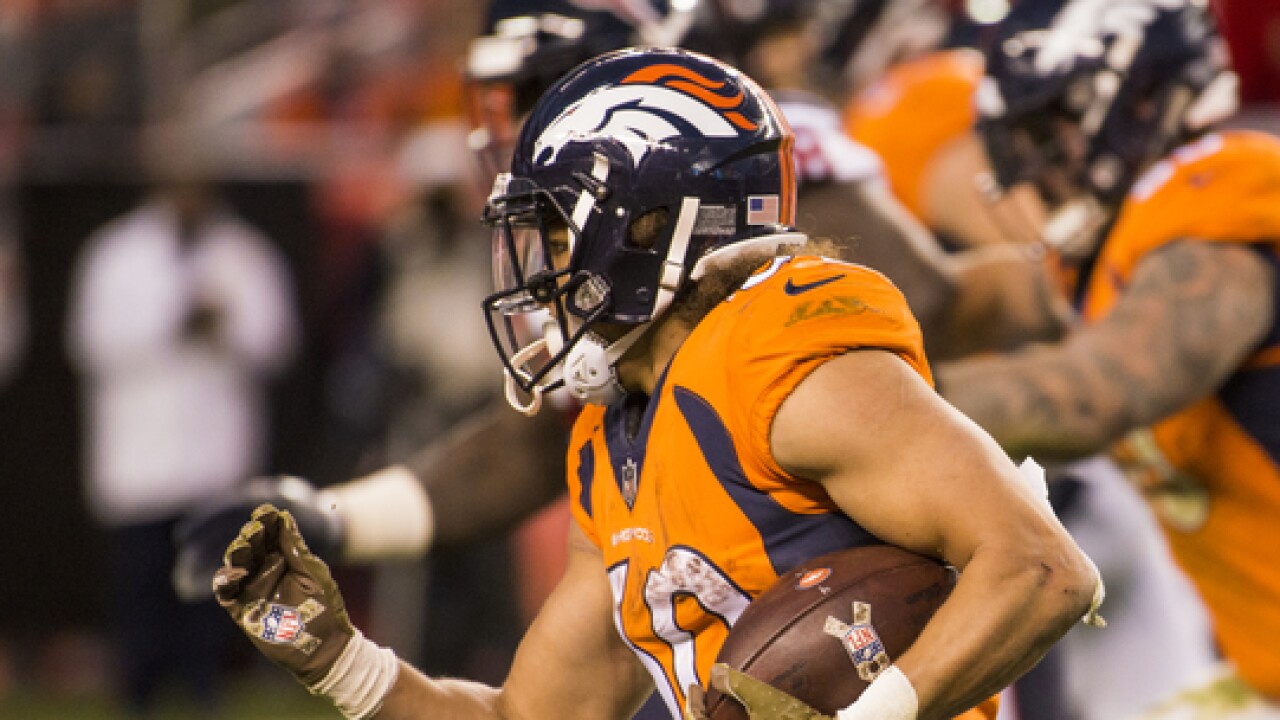 ENGLEWOOD, Colo. — Colby Wadman failed to appear on the injury report for load management. No one would have been surprised if he did. The Broncos punter booted eight times against the Titans, Denver's offense the equivalent of a turtle tucking his head into its shell. In fairness, Tennessee's Marcus Mariota had a better chance of passing a kidney stone than passing for a touchdown so the Broncos' conservative approach came with logic.

And then there's Thursday night.

No way Denver pulls off the upset without eclipsing 20 points, if not 27. The Chiefs stumble into Empower Field at Mile High, a wounded, humbled group. They have lost consecutive games -- both at home -- as opponents played keep away. The Chiefs have allowed at least 180 yards rushing in four straight games. Kansas City is weakened without defensive lineman Chris Jones and linebacker Anthony Hitchens hobbled. They have been terrible, allowing 5.16 yards per carry, and 26 runs of 10 yards of more. The switch to Steve Spagnuolo’s 3-4 system has also played a role, with some parts mismatched.

Denver knows this. The league knows this. For the Broncos to win, they have to run. The Texans showed the blueprint. They gobbled the clock against Kansas City. How impressive was it? Reigning MVP Patrick Mahomes had the ball for less than six minutes in the second half, and 85 seconds in the fourth quarter.

The Broncos average 116 yards per game on the ground. The Chiefs allow 161.8, becoming a stage for promising young players to enjoy career games. Lindsay is capable of rushing for 120 yards. He has won games with his legs, including at Cincinnati last season. The offensive line recognizes the stats. This is a game for the grunts to exert their will, though the group will not include any new faces. According to sources, left tackle Ja'Wuan James is not expected to play as he returns from an sprained left knee. He figures to start at Indianapolis with a full week of practice.

The Broncos have proven solid in the run game, with the key eliminating penalties that knock the team off schedule. This offense is not build to convert third and longs. Lindsay moving the chains is not only realistic, but a strategy. The Broncos are 4-0 when Lindsay has run for at least 100 yards over the past two seasons.

"We are trying to play complementary football, whether that's run the football and grind it out and the defense is playing well, we will do it that way. But if we have to score more points we will adapt to that," offensive coordinator Rich Scangarello said. "We know we have to do our part."

Can they? It is a fair question. The Chiefs boast a seven-game winning streak over Denver. The average score in those games is 29-19. This year the team's numbers are similar. The Broncos log 17.7 points per game compared to 28.7 for Kansas City. Denver is not winning without a season-high in points. The Broncos have not beaten Kansas City since Peyton Manning retired. It feels like forever because it has been. But Von Miller said Tuesday this is the best Denver team since Manning's exit.

"When you don't win it's frustrating. I don't have really much else to say on that," said Broncos Von Miller, who is looking to face Mahommes, a star who has only been sacked eight times despite a lingering sprained ankle. "Other than the short turnaround, everything else about this matchup is super exciting and super cool."

Footnotes
The Broncos remain hopeful that receiver Emmnauel Sanders (knee) will play on Thursday. However, he might be limited, meaning DaeSean Hamilton will need to step up. It's been a difficult season for Hamilton after he was slowed in training camp by a hamstring injury. ... Miller was not surprised at linebacker Alexander Johnson's dinosaur on-field celebration after big plays. "He has been doing it in the locker room. And he does around kids. Kids love the Raptor," Miller said. ... Miller said he was happy and proud of Johnson for working his way into the lineup. Johnson boxed with Miller and Derek Wolfe this past offseason to prepare for training camp. .. Cornerback Duke Dawson is expected to return after missing last Sunday with a foot issue. However, Davontae Harris is slated to start at corner opposite of Chris Harris Jr. .. The Broncos could learn more this week about Bryce Callahan's availability this season. He received a shot to ease the pain in his foot recently, and will visit a specialist this week for a checkup. Callahan has not played for the Broncos since signing as a free agent after re-injuring his foot during a stadium practice on July 27.