Broncos' Brandon Marshall pleased team has his back; Said 'can't be surprised' by protests 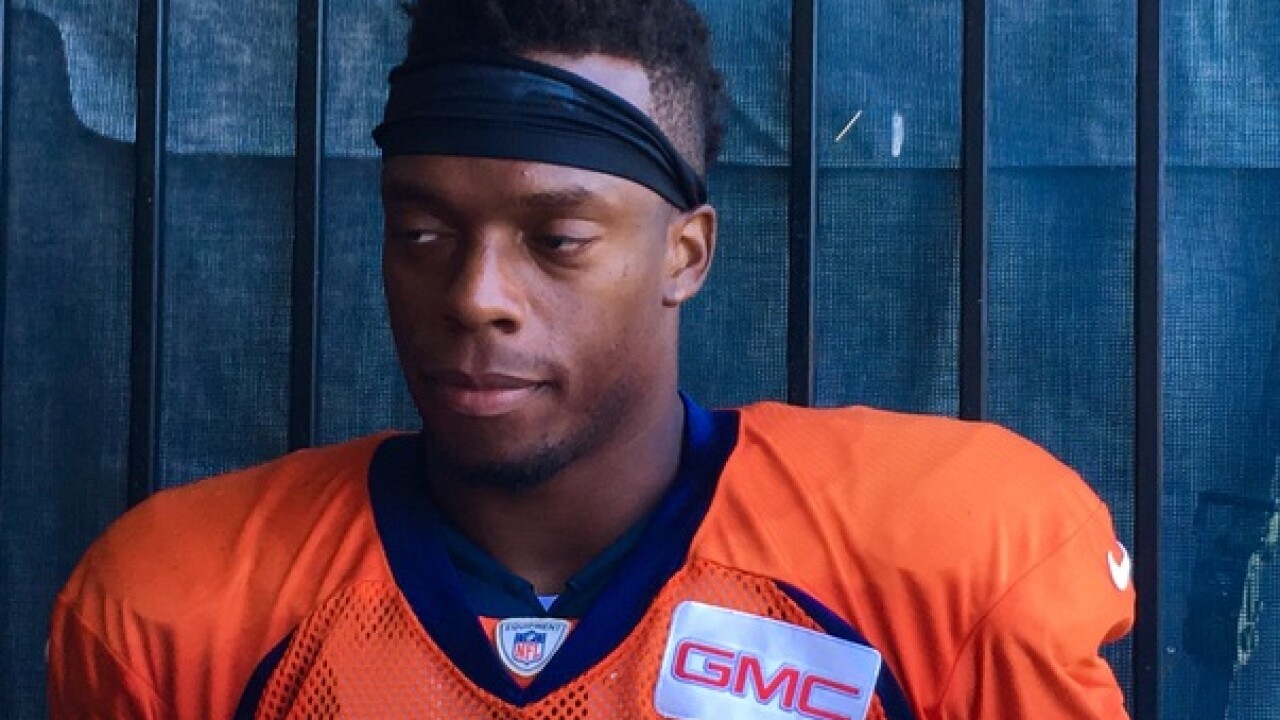 CENTENNIAL, Colo. -- Brandon Marshall never knew how general manager John Elway felt. As he took a knee during the national anthem for eight games last season, raising awareness of social injustice, he had no idea where Elway stood.  Elway revealed his stance last week, praising Marshall for advancing the conversation and making an impact in the community.

In a one on one interview with Denver7 on Thursday, Marshall explained what it meant to hear Elway's support.

"To get their, I guess their blessing for what I did, not that I needed it, but it felt good. To know that they had my back. I knew that the coaches had my back," Marshall said after Thursday's practice. "To know that the front office also had my back on it. It is a beautiful thing."

Marshall helped spur change in the Denver Police Department's use-of-force policy after meeting with police chief Robert White. The officers have been instructed to employ de-escalation techniques. Marshall also donated $300 per tackle last season to youth groups in the Denver area. Marshall remains unsure if he will make a statement during the national anthem this season. He lost multiple endorsements last year, and received racist letters after kneeling a year ago.

"Yeah, yeah, I would definitely consider it. I did it last year then I stood up (for the anthem) after I felt like a change was made in this community. The police department changing their use-of-force policy, that was definitely a win," Marshall said. "I have definitely thought about it. But who knows."

The issue continues to percolate throughout the league as free agent quarterback Colin Kaepernick, the first player to kneel to protest police brutality, remains unemployed. More than 1,000 of his supporters rallied for the former San Francisco star outside the NFL's Manhattan offices on Wednesday night. Marshall played at Nevada with Kaepernick and has talked to him recently. He told Denver7 that Kaepernick "definitely wants to play" this season, though Marshall wonders if he will get the chance with preseason winding down and no teams showing interest.

The number of players making statements during the anthem has mushroomed in recent weeks. As a result, Marshall admitted it remains possible players could protest on Saturday during the Broncos exhibition home opener.