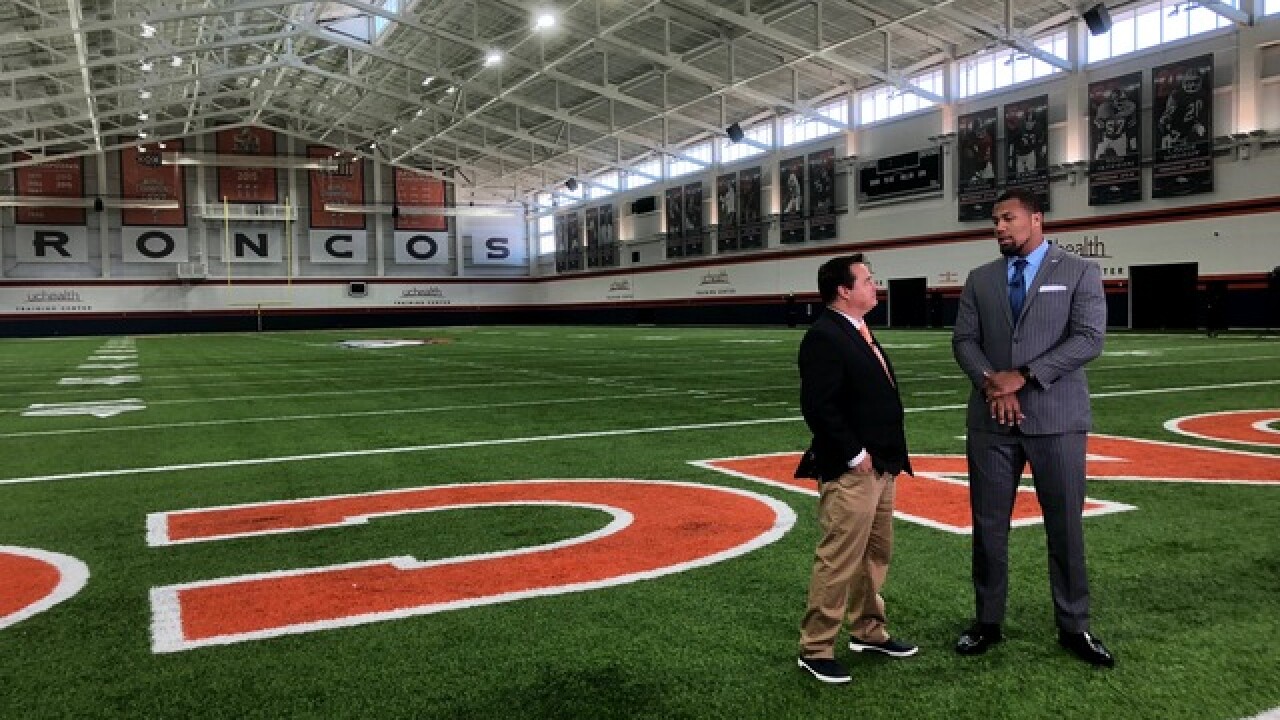 ENGLEWOOD, Colo.-- The Broncos sank in sacks last season. So when Bradley Chubb fell to the fifth spot in the draft -- a player known for production, football IQ and no red flags -- the choice became obvious. The Broncos believe he can help bring back the Orange Rush that defined the Super Bowl 50 championship.

Perhaps it should come as no surprise, the Broncos believe he will make an immediate impact. It was reflected in the first depth chart of training camp released Tuesday.

Chubb is listed as a starter at outside linebacker opposite Von Miller. Chubb ranks ahead of Shane Ray. It suggests two things: Chubb is equipped to stop the run on early downs -- he's 6-5, 270 pounds -- and Ray profiles as a pass rush specialist who is not as effective against the ground game. The two could serve as complementary pieces with Shaq Barrett working in the rotation to spell Miller.

It's no wonder the Broncos expect their sack total of 33 last year to jump dramatically.

Typical of this time of year, there were a few other eye-openers. Rookie DaeSean Hamilton and River Cracraft, who spent part of last season on the Broncos practice squad, are listed ahead of Isaiah McKenzie at receiver in the spot occupied by Demaryius Thomas. McKenzie and Cracraft are listed as the top two punt returners, in that order, which could determine who lands one of the last roster spots. Courtland Sutton is No. 2 behind Emmanuel Sanders, but Sanders has been lining up in the slot in base offense, putting Sutton on the field on the outside.

At running back, this remains a fluid situation. Devontae Booker is the starter, followed by Royce Freeman, De'Angelo Henderson, David Williams and Phillip Lindsay. It's likely only four of the players make it.

Lindsay is listed as No. 1 on kick return ahead of cornerback Brendan Langley.

The picture at quarterback remains the same, though the focus could shift if Paxton Lynch fails to gain traction. Case Keenum -- forget the The Decision, he's The Solution -- starts followed by Lynch, and Chad Kelly. The Broncos could be forced to add a veteran backup like Matt Moore or T.J. Yates, for instance, if Lynch does not show he's ready. Kelly starred in Sunday's scrimmage, throwing a pair of touchdowns, and coach Vance Joseph didn't rule out giving him a few second-team reps.

At tight end, Jeff Heuerman, who is close to returning because of a sore knee, remains the starter. That could change over the next few weeks. Following Heuerman are Jake Butt, Austin Traylor, Matt LaCosse, Brian Parker and Troy Fumagalli.

Other positions of note:

--Rookie Isaac Yiadom is listed as Chris Harris Jr.'s backup ahead of Langley.

--Local product Sam Jones occupies the backup center spot, but will likely have to show can play guard to make the team.

--Darian Stewart remains ahead of Su'a Cravens, who is out with a sore knee, at strong safety. And Will Parks is listed second behind free safety Justin Simmons.

--Shelby Harris is listed as the backup nose tackle behind Domata Peko.