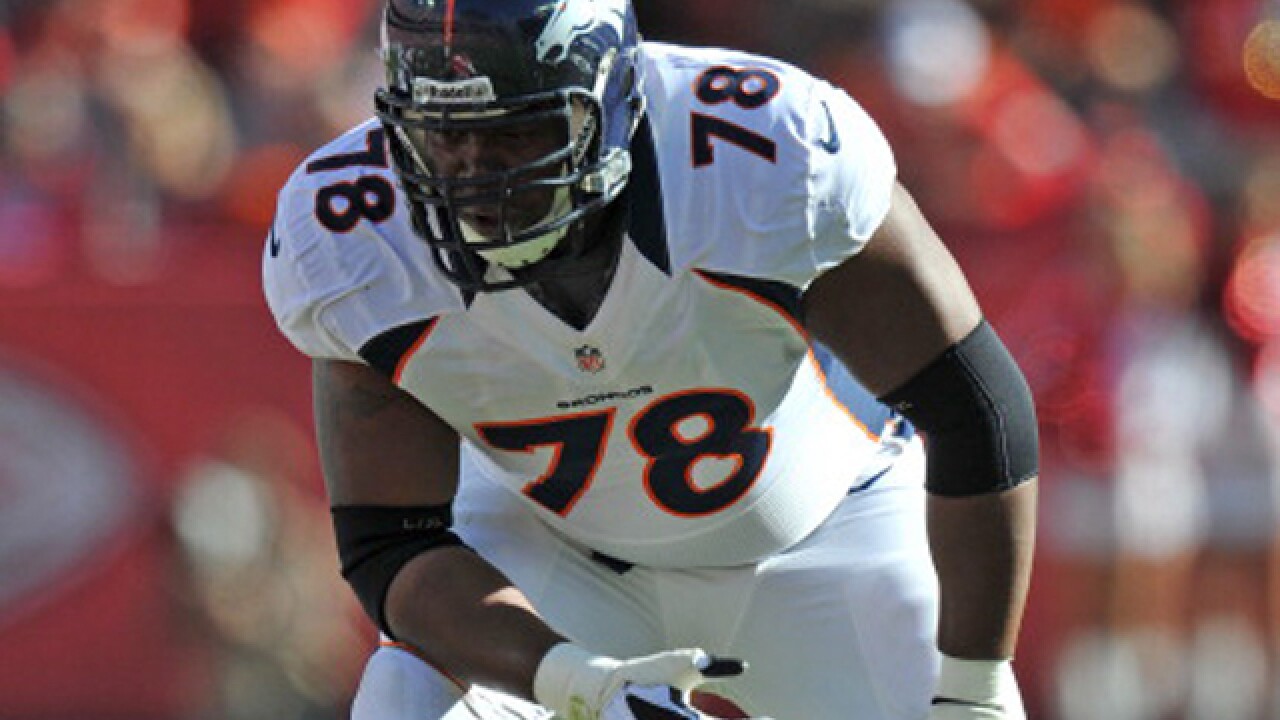 A day after Jets offensive tackle D'Brickashaw Ferguson retired from the NFL, the Broncos traded Ryan Clady and a seventh-round draft pick to New York in exchange for a fifth-round pick, an NFL source confirmed.

The move gives the Broncos a draft pick for a player whose roster spot was already in jeopardy. It also gives them flexibility in their pursuit of a third quarterback and a long-term deal for outside linebacker Von Miller.

San Francisco's Colin Kaepernick has been their primary quarterback target and met with the Broncos at least once, at the Denver home of general manager John Elway, to discuss a potential trade.

Although the Broncos had multiple discussions with Clady's agent to try to restructure his deal, no resolution was reached and the Broncos went ahead and signed two offensive linemen: Donald Stephenson and Russell Okung.