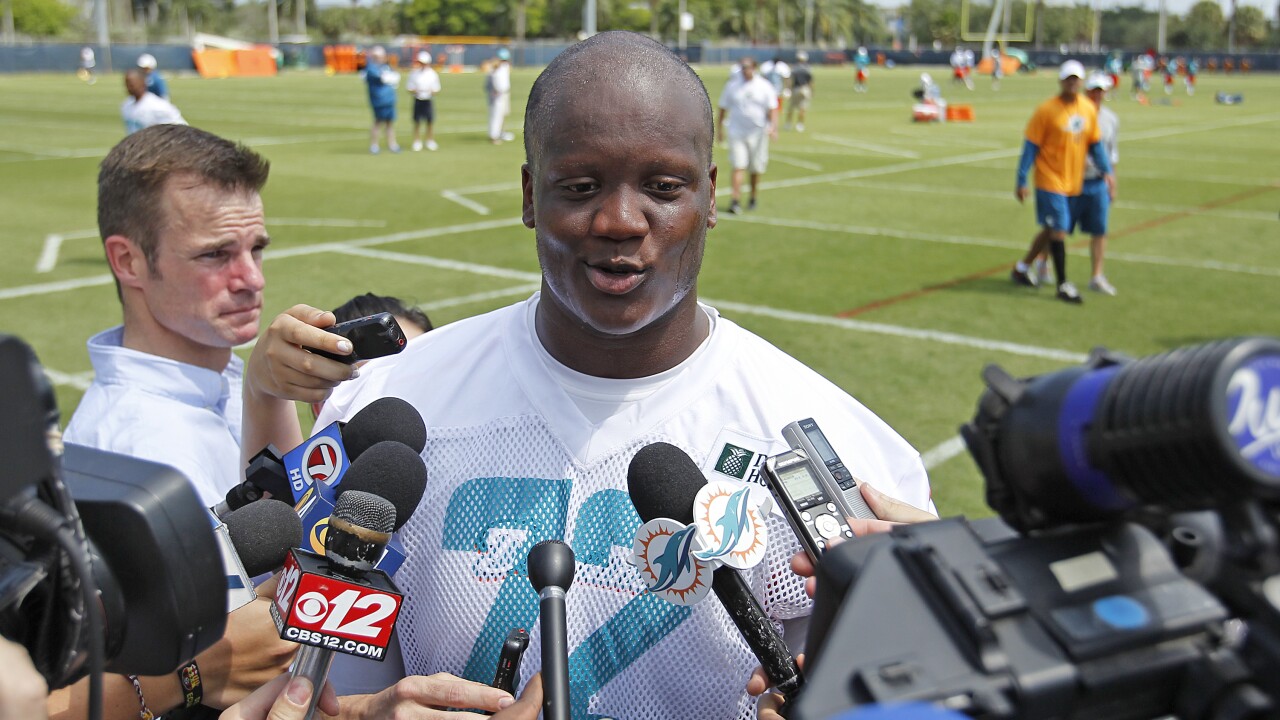 DENVER — The Broncos' return to relevance has been multi-layered this spring. They traded for a new starting quarterback in Joe Flacco -- he will meet the media later this week -- fortified the defense with hybrid cornerback Kareem Jackson and provided security for Flacco with right tackle Ja'wuan James. One day into free agency, Denver believes it has secured two valuable starters. It didn't come easily. They made history with James.

He agreed in principle on a four-year, $52-million deal with $32 million guaranteed, per a source, making him the highest-paid right tackle ever. The Broncos attempted to acquire him last season, but Miami decided to keep the mountain of a man. James is 6-foot-6, 312 pounds. The 26-year-old has some slight injury concerns, but is a reliable commodity at a position where few are. Jared Veldheer returned sanity to the position last season, but is much older and missed time with a knee issue a year ago. James has started all 62 games in which he has played, but missed nine over the past two years.

Earlier Monday night, the Broncos agreed in principle on a three-year, $33-million deal with Jackson with $23 million guaranteed.

The Broncos' projected offensive line starters are left tackle Garett Bolles (he must take step forward this season and be held accountable for mistakes), left guard Ron Leary (he's returning from Achilles surgery and his contract is guaranteed for injury), center Connor McGovern (the team has remained in contact with Matt Paradis' agent, but the sides weren't close earlier tonight), right guard Elijah Wilkinson and James. Paradis has not closed any doors, but the center market was firmly set at $11 million per season on Monday.

The Broncos will be counting on new offensive line boss Mike Munchak to coach the group up. He is considered one of the best assistant coaches in the NFL.