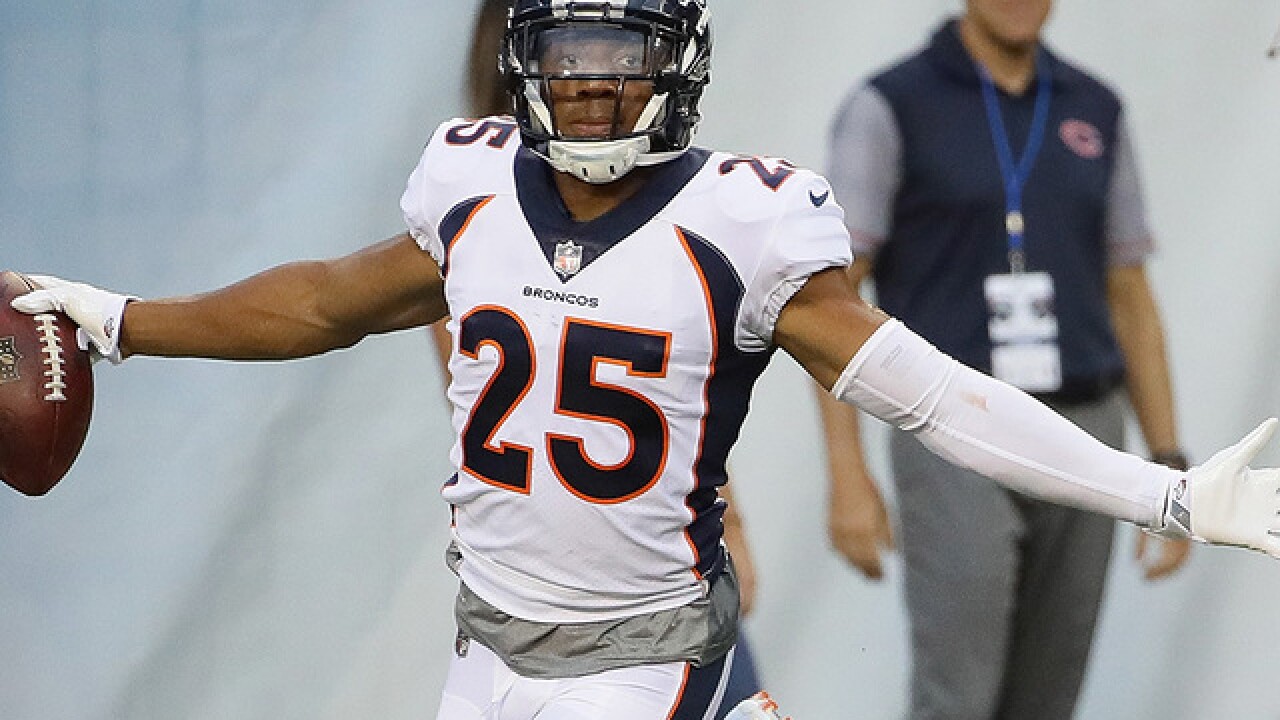 Copyright 2017 Scripps Media, Inc. All rights reserved. This material may not be published, broadcast, rewritten, or redistributed.
Jonathan Daniel
<p>CHICAGO, IL - AUGUST 10: Chris Harris #25 of the Denver Broncos celebrates after returning an interception for a touchdown against the Chicago Bears during a preseason game at Soldier Field on August 10, 2017 in Chicago, Illinois. (Photo by Jonathan Daniel/Getty Images)</p>

However, cornerback Chris Harris Jr. represents a unique case. Even as the Broncos spiraled to a 5-11 record, including their longest losing streak in 50 seasons, Harris remained productive and consistent.

With safety T.J. Ward and cornerback Aqib Talib gone, Harris represents the charter member, and the most notable security left in the No Fly Zone, a term he coined.

The Broncos rewarded the veteran star with an incentivized contract on Tuesday, according to multiple NFL sources. The Broncos added $3 million in reachable incentives, involving team performance and, the hardest to attain, a berth on the first or second All-Pro team, to Harris’ contract.

It means Harris, 28, can bump from $8.5 million to $11.5 million this season, a salary more in line with his production and performance. Harris signed what was considered a team-friendly deal in 2014, agreeing to a five-year, $42.5 million extension.

Tuesday’s move represents a strong gesture by general manager John Elway – providing a road to more money for Harris – and makes sense for Harris, who is the defense’s best player not named Von Miller.

Harris, an undrafted free agent who seems destined to land in the Broncos Ring of Fame, earned Pro Bowl berths 2014-16, and made All-Pro first team in 2015-16.  Harris owns 16 career interceptions, and has returned three for touchdowns.