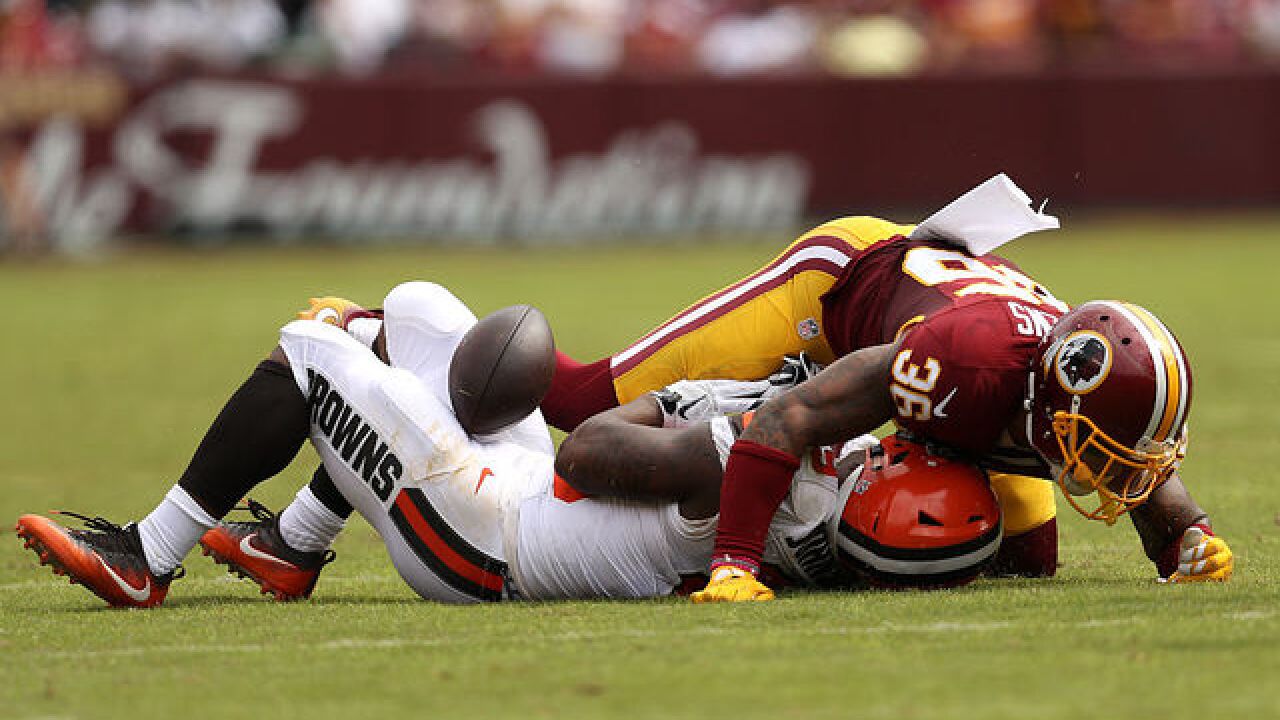 2016 Getty Images
Patrick Smith
<p>LANDOVER, MD - OCTOBER 2: Running back George Atkinson #25 of the Cleveland Browns is tackled by defensive back Su'a Cravens #36 of the Washington Redskins in the second quarter at FedExField on October 2, 2016 in Landover, Maryland. (Photo by Patrick Smith/Getty Images)</p>

DENVER -- Broncos general manager John Elway narrowed his targets this offseason, addressing specific areas of concern before the draft. After adding a starting quarterback, nickelback, inside pass rusher and a No. 1 right tackle, Elway acquired a safety on Wednesday.

Talks that began at the NFL combine finished this morning with the Broncos receiving safety Su'a Cravens in an exchange of fourth and fifth round picks -- the Broncos moved back a few spots -- and an additional fifth-rounder heading Washington's way.

In essence, the Broncos surrendered a late fourth-round pick for a former second-round selection out of USC.

Cravens arrives with potential and questions.

He missed all of last season, contemplating retirement. Washington placed him on the reserve/left squad list. He was medically cleared in December and reinstated, but never played. Cravens wanted out of Washington, which was split on whether to cut ties with the 22-year-old, thus delaying the trade for a month.

The Broncos sought Cravens as a way of improving their pass defense against tight ends. Denver has ranked near the bottom in covering tight ends over the past two seasons. Cravens brings speed and size to play in the box and match up, in theory, against bigger targets.

Cravens projects to compete with free safety Darian Stewart for a starting job, while also fighting for snaps with Will Parks. Stewart will make $4.5 million this season, a salary that guaranteed last week.

When discussing Keenum, Elway made revealing comments. He hinted that it put pressure on the defense -- no more excuses if Keenum takes care of the ball. Change of possession points crushed the Broncos a year ago as the defense lost elasticity, snapping under the elasticity of an underperforming offense defined by poor quarterback play.

According to multiple reports and sources, the Cravens deal breaks down thusly: The Broncos send the 2018 109th, 142nd, 163rd and a conditional 2020 sixth-round pick to Washington and receive Cravens, the 113th and 149th overall picks in the upcoming draft.