Osweiler's departure about money, not grudges 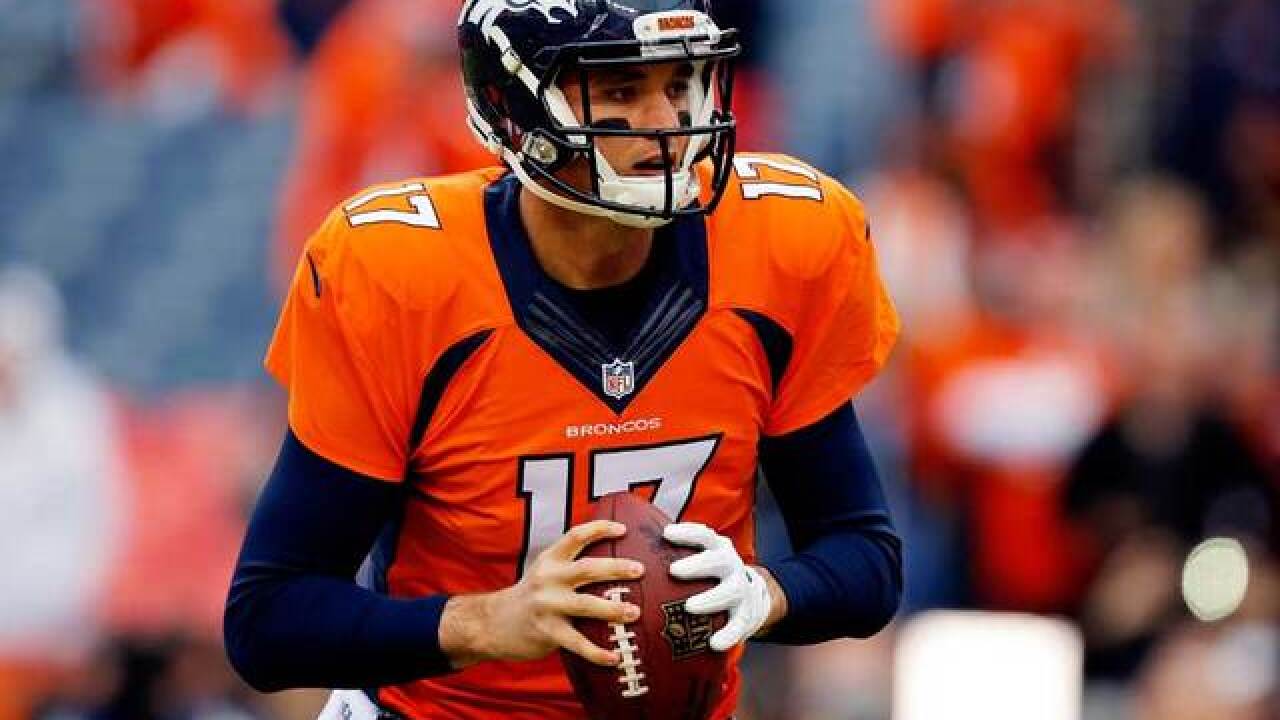 The media hounds are on the loose.

They smell clicks, err -- blood in the water.

In the wake of Brock Osweiler signing with the Houston Texans, we’ve heard stories about how he didn’t return calls to coaches and some teammates. He didn’t like Gary Kubiak’s offense and wanted more control at the line of scrimmage. He had his feels hurt when he got benched in Week 17. He didn’t like that John Elway and the Denver Broncos actually allowed Peyton Manning to take his time on his retirement decision and didn’t put the focus on Osweiler. How dare they give time to a legend like that.

Osweiler arrives in Houston, says he couldn't pass up the Texans

Elway has the last word after Osweiler leaves

Perhaps there is a smidgen of truth in all or some of that, but it’s doubtful.

As veteran NFL reporter John McClain told 104.3 FM on Thursday morning, no player has ever left a team because of hurt feelings. As for Kubiak’s offense, Matt Schaub went to the Pro Bowl. In regards to more control at the line of scrimmage: You had seven starts. Prove yourself before you demand the world. Manning has earned that right, you’ve started seven games. Get over yourself.

In the end, what makes players leave is money. And the Texans offered $9 million more in guaranteed money.

Wait, $9 million? It was $37 million from Houston and $30 million from the Broncos. As McClain and Mark Schlereth both said, Texas doesn’t have state income tax. When you take that into consideration, the money Osweiler saves is close to $2 million.

Despite what you’ve heard from the media, Osweiler took the money and ran.

Only eight quarterbacks in the NFL have earned more guaranteed money than a guy who has started seven games. Osweiler will make more over the next two years than the quarterback in New England. Think about that.

The Texans and owner Bob McNair had to get a quarterback. Anyone who watched Houston’s embarrassing performance in the playoffs against the Kansas City Chiefs knows why. The Texans had to reach. They had to prove to their fanbase and locker room they would “get their guy,” as General Manager Rick Smith told McNair.

Elway and Denver don’t have to do that. They don’t have to overspend on a quarterback, let alone one who didn’t want to follow in the shadow of Manning.

You want a story angle on this? There you go. But this is about the Broncos and they will remain true to that.

Denver just won a Super Bowl with less than stellar play from the quarterback position. As Elway is apt to do, he pivots and gets a new course of action. He’ll find his answer at quarterback, he will hopefully continue to improve the offensive line and perhaps draft his next star running back.

It seems every year Broncos Country is on the verge of jumping off the cliff over who leaves the franchise. “Oh my God, we could ill afford to lose him.”

As is the case with all of those guys mentioned above, they’re replaceable.

A grand total of zero.

The common belief after a Super Bowl win is that you have to “keep the band together.” This isn’t the 1970s and the Pittsburgh Steelers. The salary cap makes that impossible. Look no further than the New England Patriots. There are two constants over their run - Bill Belichick and Tom Brady. Everyone else is replaceable.

You have to draft well and fill in through free agency. When you look at the players listed above, most of them were drafted by Denver. And all of them are replaceable.

Since Elway took over, you can’t question the results. You could, but you would have no leg to stand on. When the Broncos were in this situation with guys they couldn’t lose in the past, remember their continued success.

Ian St. Clair is Broncos contributor for Denver7 and feature writer/editor for Mile High Report . Follow him on Twitter: @IanStClair .