Osweiler: I'm better because of Manning 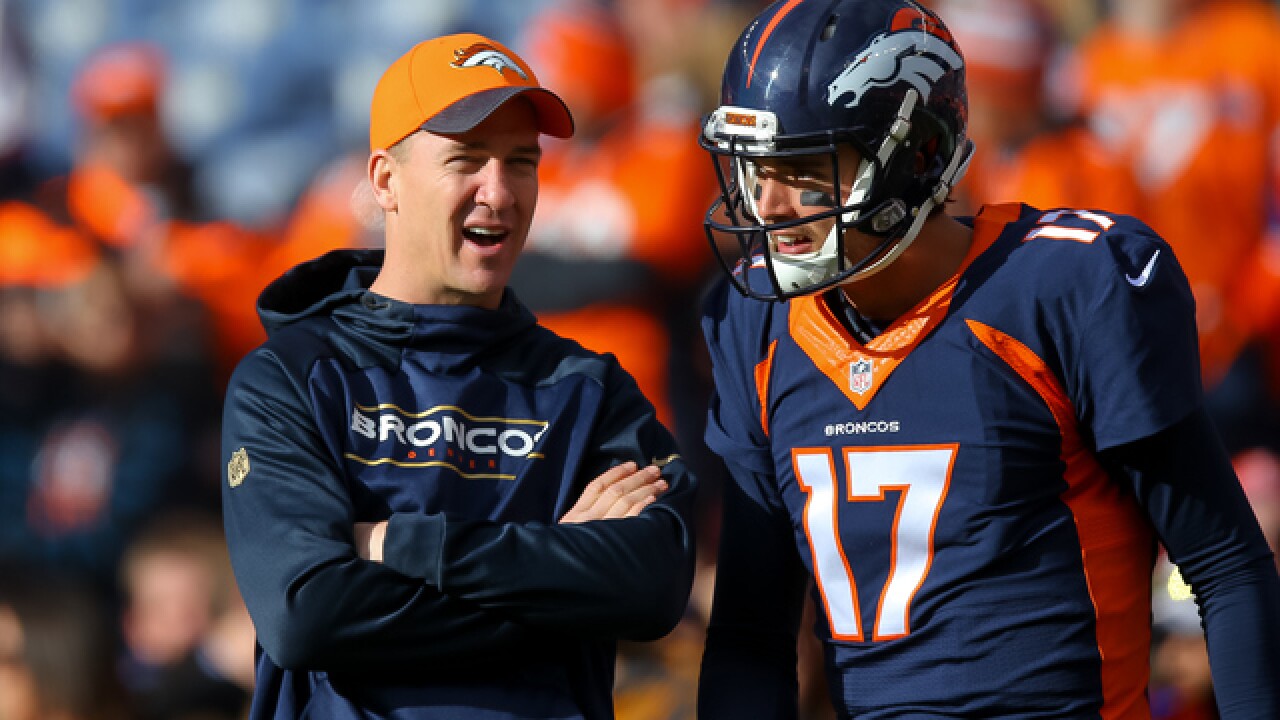 Justin Edmonds
<p>DENVER, CO - DECEMBER 13: Injured quarterback Peyton Manning of the Denver Broncos, left, has a word with quarterback Brock Osweiler #17 as players warm up before a game against the Oakland Raiders at Sports Authority Field at Mile High on December 13, 2015 in Denver, Colorado. (Photo by Justin Edmonds/Getty Images)</p>

Denver Broncos backup quarterback Brock Osweiler said he is a better football player because of the time he spent with Peyton Manning.

Manning announced his decision to retire on Sunday.

On Monday, Osweiler congratulated Manning on his Hall of Fame career and said he was grateful for the time they spent together as Broncos.

A photo posted by Brock Osweiler (@bosweiler17) on