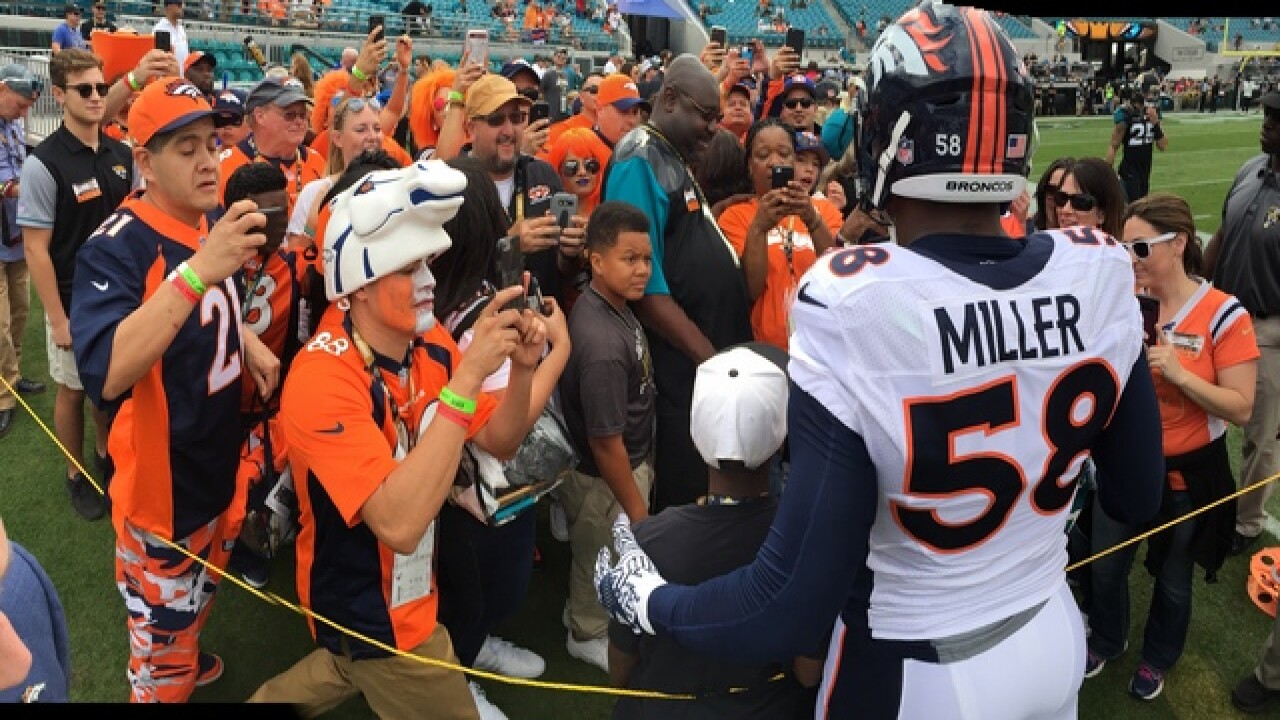 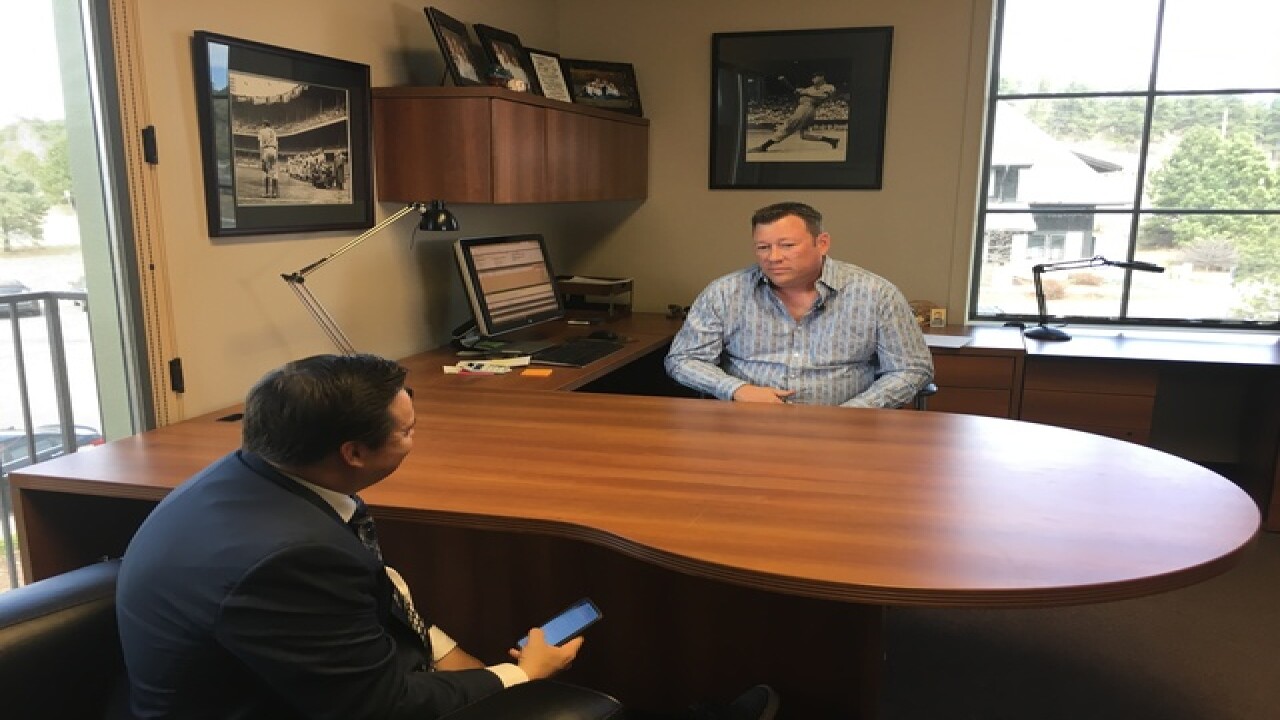 DENVER -- Brian Drent boarded a flight to Arizona, and began combing through stories on Facebook. The Tom Brady stolen Super Bowl jerseys caught his attention. A video showed Mauricio Ortega walking out of the Patriots locker room with Brady's game-worn jersey. Ortega, the disgraced former editor of La Prensa, a daily paper in Mexico City, resembled a man Drent met a few months after Super Bowl 50. Drent, president and CEO of Mile High Card Company in Castle Pines, told Denver7 Ortega won an auction in August 2016 for a Joe Montana game-worn rookie jersey for more than $24,887.60 and once his wire transfer funds cleared on Sept. 15, he messaged Drent on Facebook to arrange a pick it up in Denver.

"I see the video of Ortega (in the Brady case), and his face is blocked out. I thought it was him. It crossed my mind. But I just laughed it off," Drent said. "I dismissed it as a joke. Later one of my employees calls me and said, 'You are not going to believe this. It was him.'^"

Ortega left quite an impression on Drent. During a five-minute conversation in the pickup line at Denver International Airport, Ortega, sitting in the passenger seat of Drent's vehicle, took his Montana jersey and asked the collector how much Von Miller's Super Bowl 50 helmet was worth.

"I was caught completely off guard," Drent said. "I didn't give him a value. I really didn't know the value. I couldn't believe or understand why he would have it. I asked him how he got the helmet and he really didn't answer the question. He just bypassed it. It was all happening quickly. You can't park there. They are trying to move the cars along."

Drent wanted to follow up about the item and the backstory, but ran into a language barrier. He said it was difficult to understand Ortega's English and admitted, "I speak very little Spanish." Ortega gave Drent a Patrick Ewing game-worn jersey and Jerry Rice game-worn cleats for auction. Drent, who said Ortega was not well known in the collector's community, authenticated those items through photo matches.

The entire episode stuck with Drent for multiple reasons. He is a Broncos fan, and knows multiple former players well. Drent attended Super Bowl 50 and couldn't reconcile why Ortega would have Miller's helmet a few months after the game. The helmet was recovered along with Brady's past two Super Bowl jerseys in Mexico. The Broncos have been in contact with NFL security to determine if it is Miller's helmet. According to an NFL source the military stickers inside provide strong evidence the helmet belongs to the outside linebacker.

"Being unable to speak Spanish with (Ortega), it was hard. And I had no idea at the time that Von's helmet was even missing," Drent said. "If I had known, I would have been a lot more curious to know how he got it. I was just so surprised. I don't think we will be doing any more business with Mauricio Ortega."