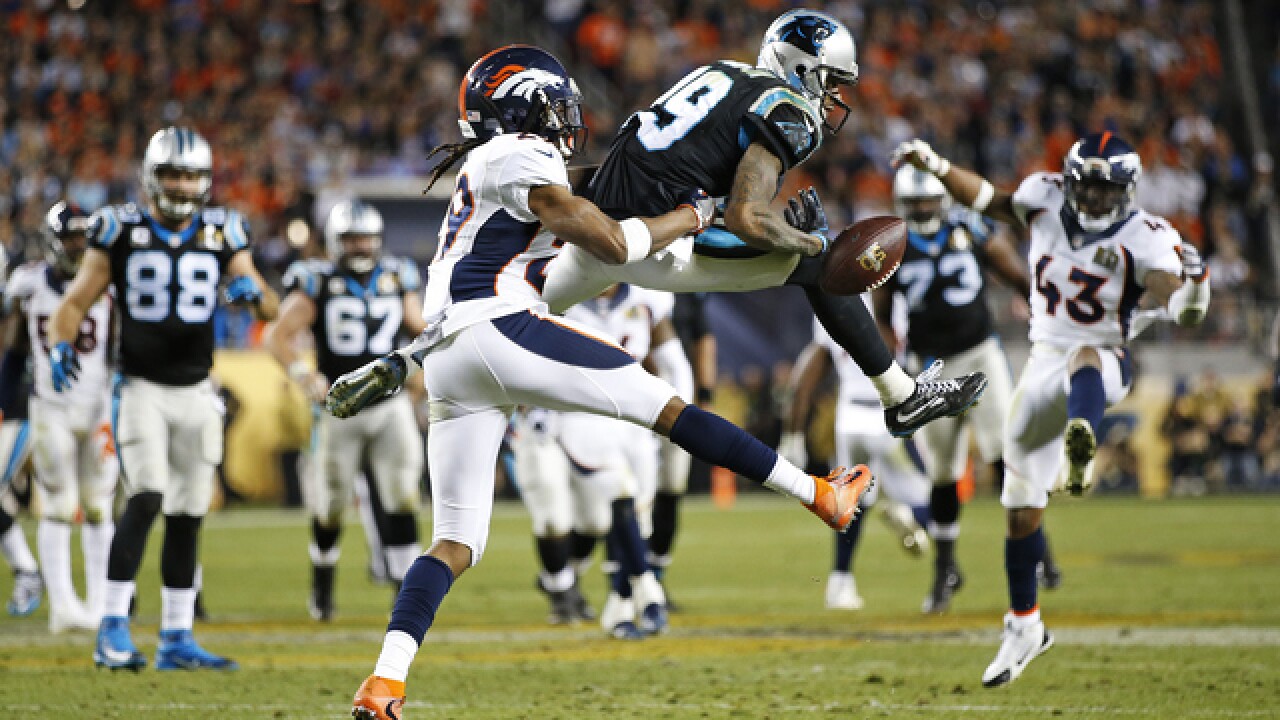 Ezra Shaw
<p>SANTA CLARA, CA - FEBRUARY 07: Bradley Roby #29 of the Denver Broncos defends Ted Ginn #19 of the Carolina Panthers in the second half during Super Bowl 50 at Levi's Stadium on February 7, 2016 in Santa Clara, California. (Photo by Ezra Shaw/Getty Images)</p>

ENGLEWOOD, Colo. -- Being a nickel cornerback is an odd existence. You play a lot. But you don't start. You make a significant contribution, but it often gets lost in the fine print. You daydream about coverages, and think about joining Gilligan on the Island. Then when the opportunity presents itself, talk centers on the the person who left on the life raft headed for Los Angeles.

With star Aqib Talib gone, Roby becomes a starter in his fifth season. He has been prepping for this moment since the Broncos drafted him in the first round. He is not interested in talking about "dogs" or Talib's departure. He remains narrowly focused on his performance. He wants to prove he belongs long-term with his production this season.

"I ball every game. The way I will ball this season, you know, I am thinking about (becoming a core player). This is the team that drafted me. I love being in Denver. I have a house here," Roby told Denver7 on Sunday. "There are great fans, great coaches, great personnel up top. So I am definitely thinking about being the guy for years to come. That's definitely on my mind."

As last season wore down, it became clear Talib might no longer fit. His salary, frustration with losing, and age worked against him. But to hear the Broncos explain it, Roby's talent paved the way for the deal to Los Angeles. Denver believes he's ready for the next stage in his career. He boasts eye-opening efforts, including a pair of pick-sixes, a fumble return for a score at Kansas City and a caused fumble that fueled a rally in the divisional victory over Pittsburgh. When Roby started last season in Talib's place at Miami, he shone as the defense's best player.

Talent has never been an issue for Roby. Consistency remains the goal as his role expands.

"I just think I am more focused than ever now. My mind is all on football. It’s all I think about. My body is in great shape so I am looking for another level up," Roby said. "I have had games here and there where I might have lost my focus throughout the week, and I did not play as well. But for the most part, especially last year, I had a great season. I don’t care if I am going to start or not. I have balled out like crazy, and I came off the bench for four years. If you look at my stats, they are very good for a third corner and I am proud of that. I really don’t care about anything else other than when I touch the field, making plays."

The Broncos revamped secondary includes safeties Justin Simmons, Darian Stewart (with help from Su'a Cravens), stalwart Chris Harris Jr., Tramaine Brock and Roby. Brock has been mentioned as a challenger for Roby's spot, though he profiles more as a nickelback. Roby took no chances this offseason. For two weeks, he prepped with Harris in Dallas to prepare for the most important training camp of his career.

"He has a great trainer down there in Dallas. It’s very hot down there. So it’s a lot of mental training as well as physical. It’s good work," Roby said. "It’s always good to work out with guys you are going to play with just to get that connection."

Harris saw Roby mature this offseason. The way he has embraced the challenge leaves Harris optimistic.

"Roby put in work. He grew up this offseason. He kind of took that next step. You all have to kind of take that next step, come into your own. That’s what I call it," Harris said. "Now it’s time for him to prove it on the field in training camp and be consistent. It’s always about being consistent. When you haven’t started all sixteen games, it’s totally different than just coming in on third downs. He just has to be consistent every day, continue to work hard and play with confidence.”

The No Fly Zone came under assault this offseason. With former premier members T.J. Ward and Talib out, talk surfaced about the validity of the name. As long as Harris wears orange, it will stay. Roby bristles at talk that the group will take a step back as he moves up the depth chart.

"It’s still No Fly Zone because it’s a standard, an expectation," Roby said. "You have to have a high expectation for yourself no matter what you do because you are going to play up to it. If you feel like you are the only going to be the tenth best in the league then you will be the tenth. The goal for the No Fly is always to be No. 1 – that never changes."