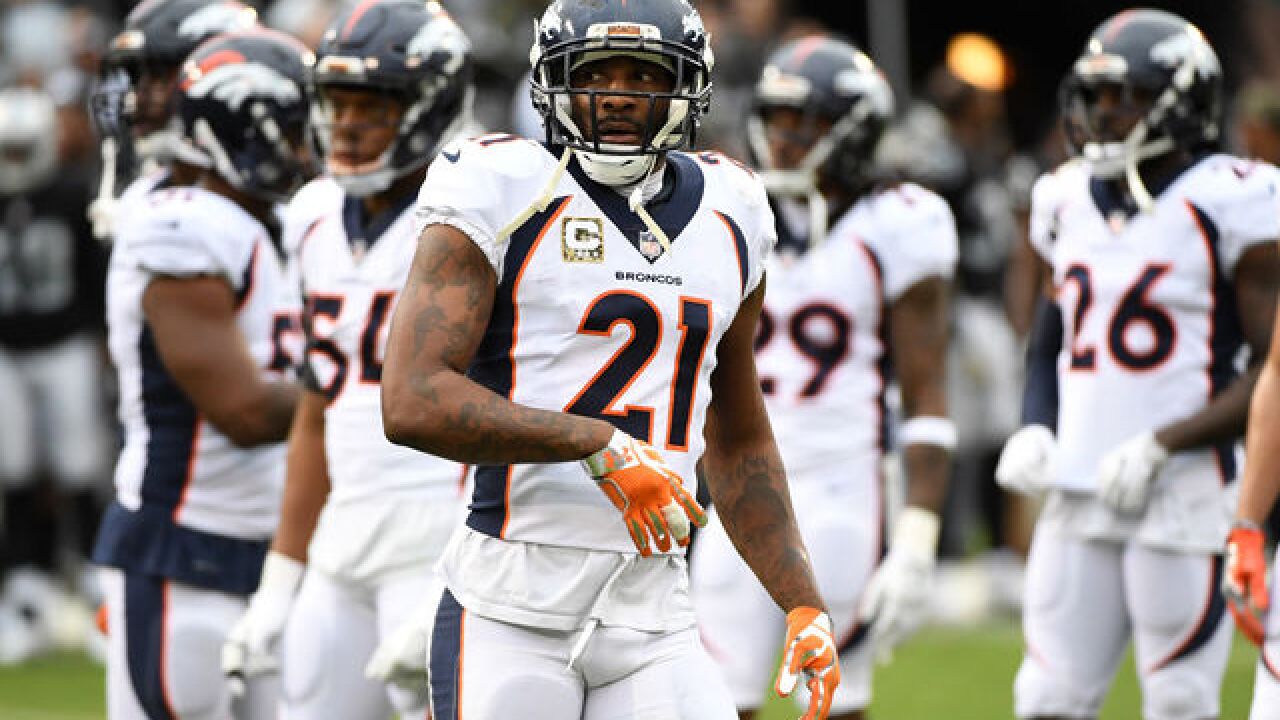 2017 Getty Images
Robert Reiners
<p>OAKLAND, CA - NOVEMBER 26: Aqib Talib #21 of the Denver Broncos walks off the field after being ejected for fighting with Michael Crabtree #15 of the Oakland Raiders during their NFL game at Oakland-Alameda County Coliseum on November 26, 2017 in Oakland, California. (Photo by Robert Reiners/Getty Images)</p>

The answer is complicated. Let's examine.

According to multiple sources, the Broncos continue to consider all options for Talib, including a trade. Age and depth at his position leave Talib a potential luxury.

I wrote last month I would keep Talib, while recognizing a deal was possible. He has made four Pro Bowls in four seasons in Denver and continues to perform at a high level while many defensive backs masquerade as shutdown corners.

And yet, Talib turns 32 in February in a league where the best teams are less sentimental than a photo radar ticket. He also appeared frustrated at times last season as the Broncos sank to numbing depths.

Talib's salary is reasonable, but a challenging figure when calculating the cost of cornerbacks Chris Harris Jr. and Bradley Roby.

The easiest explanation for trading Talib -- the 49ers and Rams represent potential fits -- remains Roby. He has delivered four strong seasons, earning a knack for delivering big plays in big games. He is 25 with 14 starts on his resume. If the Broncos believe he is ready -- and that is definitely the vibe I get, especially in light of his performance at Miami -- then it makes sense to move on from Talib. That's not a financial decision, but merely the way it works in professional sports with younger, promising players.

The other issue is more layered. I can present an argument for keeping Talib. But it's less solid if the team is committed to rebuilding and reshaping the team, if not the defense.

Talib is an ideal presence in a winning environment, respected by teammates for having their backs, in particular, during on-field skirmishes. However, Talib's inclusion on a retooled team makes less sense to me. He could be the missing piece for a championship contender, or at least a team which views itself that way (Hello, Dallas Cowboys. I could see Talib having interest in them either through trade or as a free agent).

Again, these decisions become uncomfortable and difficult. Even with two on-field suspensions for a game apiece and an off-field incident that caused him to miss the White House visit, Talib has delivered for the Broncos. They don't reach and win a Super Bowl without his talent, energy and edge.

However, that was two seasons ago. The Broncos are 7-15 since. They need to allocate resources differently, while clearing paths for younger players. They will chase quarterback Kirk Cousins in free agency, and must find a way to caffeinate one of the league's worst offenses.

I would prefer Talib finish his career as a Bronco and someday enter the team's Ring of Fame. I am also not naive. This is not 2015. And when looking at looming decisions, a fresh start for both parties is increasingly becoming a viable option.