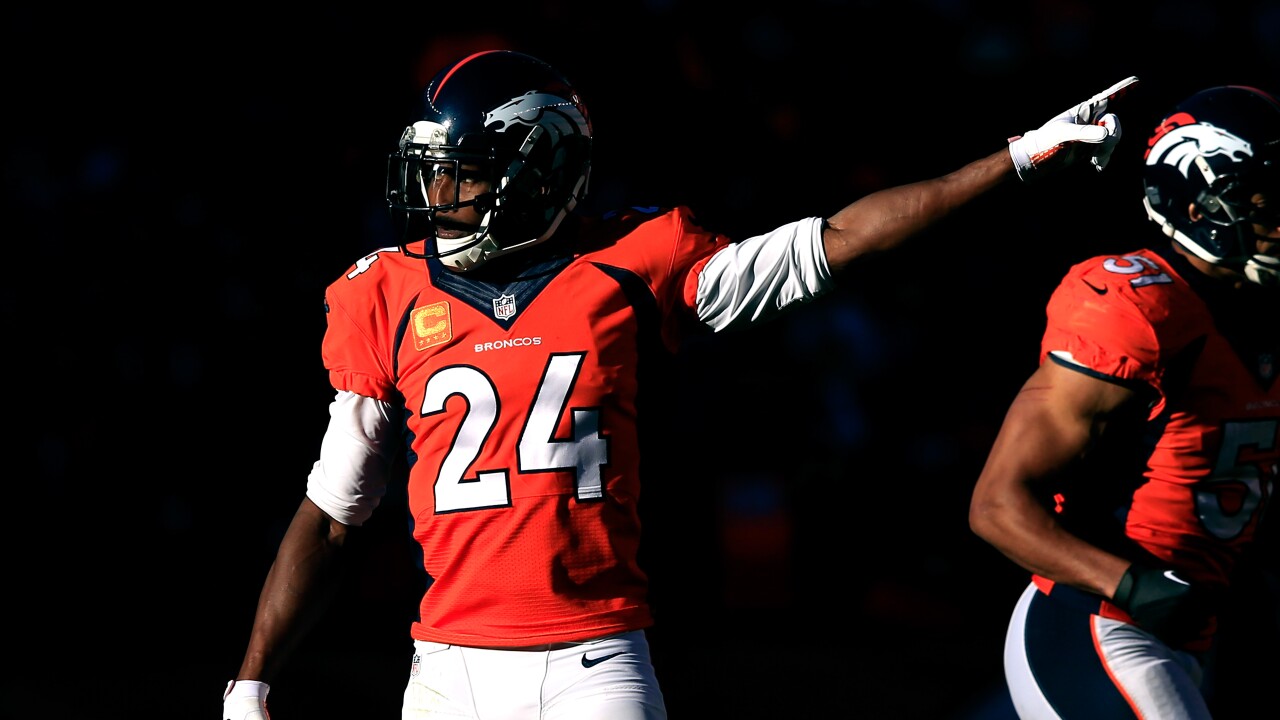 DENVER – The Ring of Fame along the third-level facade of Broncos Stadium at Mile High will include a new name in 2019.

Champ Bailey, a first-ballot Hall-of-Famer and just the sixth player to be enshrined as a Bronco, was named to the team's Ring of Fame Monday.

Bailey intercepted 34 passes and defended 122 more in 135 games with Denver between 2004-2013, making eight Pro Bowls and three All-Pro teams as a Bronco. The Broncos reached the playoffs five times during Bailey’s tenure, advancing to the AFC Championship twice and reaching Super Bowl XLVIII in his final season.

Bailey ranks 26th in NFL history with 52 picks in his pro career, earning 12 overall Pro Bowl nods. He spent five seasons with the Washington Redskins before being dealt to Denver in 2004 for running back Clinton Portis. He played his final 10 seasons with the Broncos.

Bailey is the first defensive player in Broncos history inducted in the Hall of Fame – he's a member of the Class of 2019, which will be officially enshrined in August – and is now the first player in team history to earn Hall of Fame and Ring of Fame honors in the same season.

#Broncos Fangio congratulates Champ Bailey on getting elected to Ring of Fame. Was no brainer. #Denver7 pic.twitter.com/PrAxDEUtmG

“To see the way Champ’s career has been appreciated over the last four months — first by the Pro Football Hall of Fame and now as our newest Ring of Famer — is very special for us,” Broncos President and CEO Joe Ellis said. “We congratulate Champ on this well-deserved honor and look forward to celebrating everything he’s meant to the Broncos in October.”

Bailey will officially be inducted into the Ring of Fame on Oct. 13 when the Broncos host the Tennessee Titans. He’ll also receive his Hall of Fame ring.

To celebrate Bailey’s career, take a minute to relive what could be Bailey’s most famous play as a Bronco – this glorious, 100-yard interception return against Tom Brady and the New England Patriots in the 2006 AFC Divisional round playoff game.