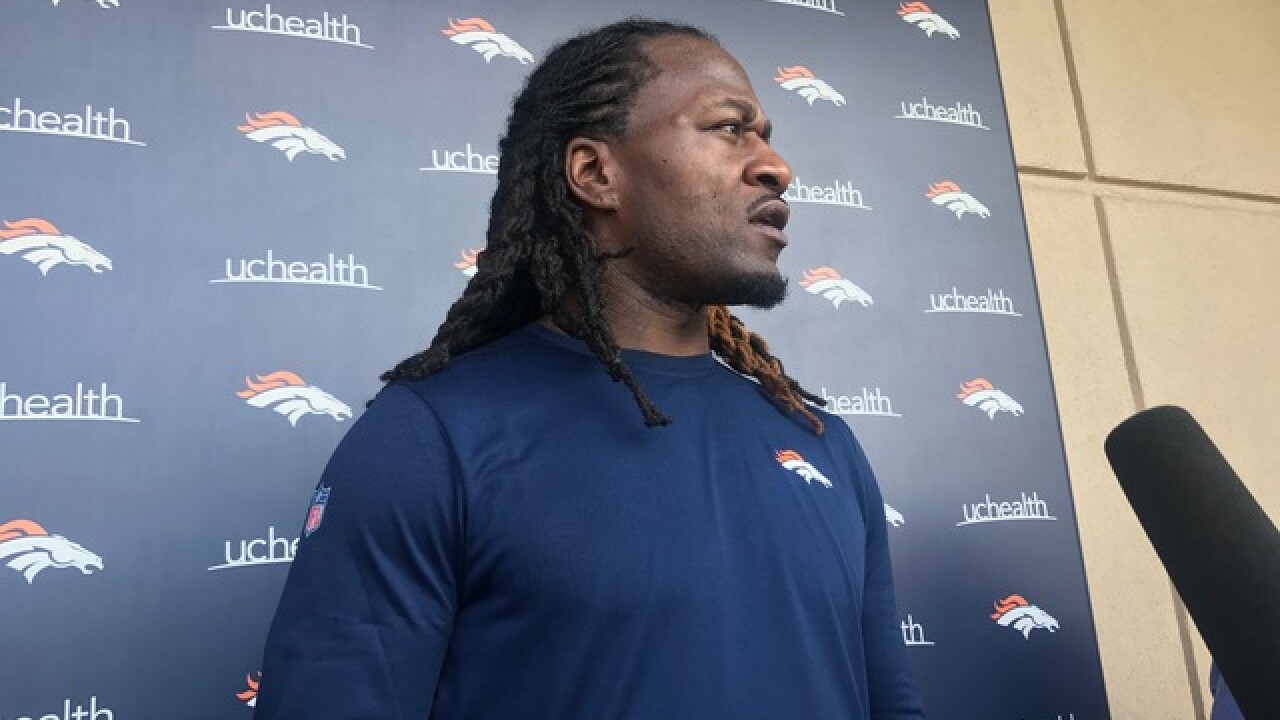 ENGLEWOOD, Colo. -- The reasons Adam Jones stood on the podium Monday at UCHealth Center were obvious. The Broncos' needed a veteran cornerback -- proven in the first three preseason games -- allowing more time for rookie Isaac Yaidom to develop. They can use experience on punt returns, where Isaiah McKenzie's terrific summer remains one fumble away from becoming a mirage.

The fit makes sense in a narrow scope. Jones played for coach Vance Joseph in 2014 and 2015 in Cincinnati, delivering his best seasons for a man he says was "more of a big brother to me." If he can ramp up his conditioning -- Jones said he needs roughly seven practices to be comfortable with the defense -- the veteran should help as a dimeback on third down in the season opener against Seattle.

The issue with Jones demands a wider lens. He has been in trouble multiple times off the field, missing the entire 2007 season for violations of the NFL's personal conduct policy. Can he be trusted?

"I don’t mind telling kids and people about my story and the mistakes I’ve made. I don’t have no shield. My life is a glass life. There’s nothing that I’m hiding from nobody," Jones said. "I have three beautiful kids. That’s what life is about for me now. ... I haven’t won a playoff game and I’ve been in the league 12 years. I’m just trying to win a playoff game and help these guys as much as I can.”

Those who know Jones best in Denver -- Joseph and former Bengals teammate Domata Peko -- believe in him. Joseph remained in contact with Jones even after he left the Bengals following the 2015 season.

"He would even acknowledge as a young guy he made some mistakes. But he’s paid for every mistake he’s made. This guy’s been through a lot in his life, and obviously it was his own doings, but he’s paid for those mistakes," Joseph said. "He’s matured.”

Peko served as a captain one season with Jones in Cincinnati. Their families have held a longtime friendship.

"He brings a lot of energy, a lot of attitude and a lot of toughness. That's what I really like about him," Peko said. "I know him. He's definitely somebody on Sunday you want on your team. He's going to ride with the defense."

Jones wore No. 20 in his first practice. That could be subject to change when the regular season commences. Jones told me he never thought his career was over, which is why he worked out diligently. His fitness proved no match for the altitude, he joked. The Broncos landed Jones on a one-year, $1-million veteran minimum deal. He brings a reputation as a playmaker. And he insists his days as a punt returner are not over.

"I love it. I have a knack for it," said Jones, whose ability to return punts could cost McKenzie a roster spot and his arrival in the secondary puts cornerback Brendan Langley in real danger of being cut. "I’m one of those guys that I don’t believe the first guy can ever get me.”

"He has played in this system, he knows the checks," Harris said. "Adding another guy like that who has played in the league will help. We still don't know what young guys are going to make the team. Usually only five corners make it. So we will see."

"I am the best," Harris said. "I don't need anybody pushing me."

Joseph plans to rest the starters in Thursday's preseason game, saying 22 would not suit. Running back Royce Freeman might play. That is a surprise given how he has outperformed Devontae Booker. However, even if Booker starts, Freeman could end up with more carries. .... Quarterback Chad Kelly will start and play the first half. Paxton Lynch is scheduled to play the second half. The Broncos have not ruled out bringing a veteran backup, but it would not be at Kelly's expense. ... The Broncos could look to trade running back De'Angelo Henderson. Multiple teams could fit. Between Henderson and David Williams, only one is expected to make the team. ... Safety Dymonte Thomas turned heads with his performance against Washington. It creates an interesting situation this week. Does Su'a Cravens need to play to make the team? Probably not. Then, does that leave Thomas and Will Parks competing for one roster spot? It bears watching. Cravens (knee) practiced for the first time in weeks on Monday. ... Guard Ron Leary (knee) practiced. He believes he will be 100 percent for the opener after being eased back into the fold this summer.