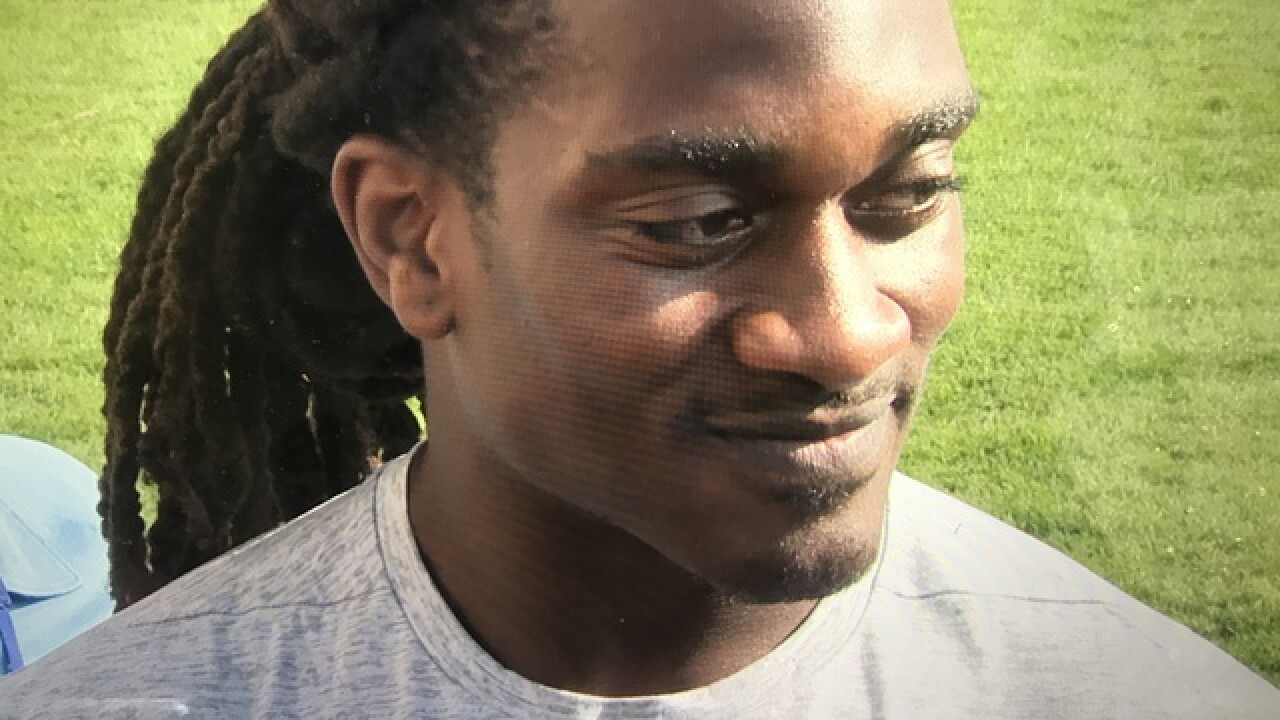 DENVER -- A.J. Johnson remained positive he would return to football after a four-year absence. Monday, he smiled and thanked God after his practice with the Broncos.

Denver signed the linebacker after he was acquitted of rape charges in July.

"Never did I think I wouldn't play again. I was determined. I kept pushing," Johnson said Monday. "God is good. I had a lot of faith. I knew God was going to take care of me."

Johnson has not played football since the University of Tennessee first suspended, then dismissed him from the team in 2014. He finished his career as a three-time All-SEC performer, ranking second in school history with 425 tackles.

"A.J. hasn’t had the opportunity to play football for the last three years while resolving a serious legal matter," Broncos general manager John Elway said in a statement announcing the signing. "We’ve had several conversations with him since he’s been cleared and have become very familiar with his background and character. Our organization is confident A.J. is ready to move forward and resume his playing career.”

Johnson worked as a personal trainer, held a full-time job and participated in mixed martial arts to stay in shape. He is bigger than when he left as a one-time prospect, listed at 255 pounds, 13 more than his final college weight. It remains difficult to project his chances of earning a roster or practice squad until he works out for several days.

"It's hard to tell how it will be different," Johnson said. "I am looking forward to getting out there, moving around and competing."

Johnson and former Tennessee teammate Michael Williams were kicked off the team in Nov. 2014 after rape charges were filed against them. A Knox County jury found that the pair were not guilty of the allegations. Johnson figured to be drafted in 2015. He said he harbors no animosity over the delayed start to his professional career.

"I am not a bitter guy. I am blessed," Johnson said. "I am glad to be out here. I have no bitterness about it."

The Broncos added veteran safety Shamarko Thomas following the season-ending hamstring injury to Jamal Carter. Thomas was released over the weekend by the Colts. He has experience, and said he welcomes playing special teams where Carter was a key cog. Carter, who was hurt last Saturday, will undergo surgery to repair his hamstring. ... Coach Joseph said the running back depth chart remains fluid. Royce Freeman outperformed Devontae Booker, and delivered a 23-yard touchdown. Phillip Lindsay's ability to make plays in the passing game could create a path to a roster spot. ... Ron Leary (knee) will return to practice on Tuesday. The Broncos need him healthy for the offensive line to reach its potential. ... Tight end Jeff Heuerman practiced for the first time in several days. ... Cornerback Tramaine Brock returned as well. He is in a competition with rookie Isaac Yiadom for the nickelback spot. ... The final two training camp open practices for the fans are Tuesday and Wednesday. Wednesday the Broncos will work against the Chicago Bears.

Never a time.. I had faith. I tursted in God and kept working. I was determined. I kept pushing.

I am not a bitter guy. I am blessed. I am glad to be out here. I have no bitterness about it.