Broncos compromised as aim to rebound vs. Steelers 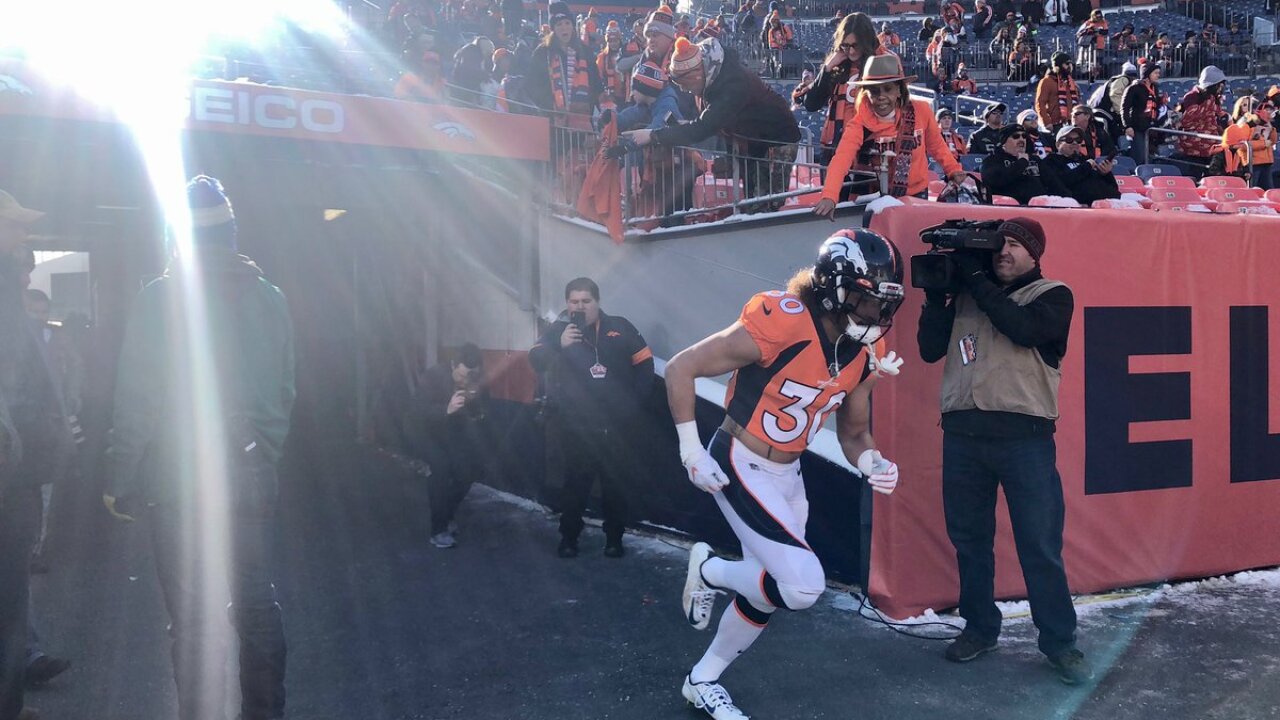 ENGLEWOOD -- After one game, the Broncos find themselves dealing with two more damaging injuries.

Running back Phillip Lindsay (turf toe) is expected to miss some time, perhaps only one week, per a source. And cornerback A.J. Bouye (dislocated shoulder) has been ruled out and will likely land on the short term injured reserve, coach Vic Fangio said.

Lindsay hurt his toe in the first half of Monday's 16-14 loss to the Tennessee Titans. He did not return for the second half. This is not an issue of pain tolerance, but rather healing enough to cut and change direction required for his position. Lindsay hasn't been ruled out this week, but he will not practice Wednesday. Melvin Gordon moves into the starting role with Royce Freeman as his backup. Gordon rushed for a team-best 78 yards on 15 carries in the opener.

Bouye hurt his right shoulder attempting to break up a pass right before halftime. He dived and slid awkwardly with his arm extended, wrenching his shoulder as it popped out. Surgery is not required, but he will need rehab before returning. If Bouye goes on on the IR, as expected, he will be out for three weeks.

The Broncos boast two rookie corners who will be challenged to continue their ascension. Michael Ojemudia, a third round pick from Iowa, graded as the team's second best defensive player Monday by Pro Football Focus. He took over for Bouye, moving from his nickel spot. That pushed undrafted free agent Evan Bassey into the sub packages. The Broncos promoted veteran De'Vante Bausby from the practice squad as a concession to Bouye's absence. Bausby filled the 53-man roster spot created when Von Miller went on injured reserve.

"We will probably start the same we finished on Monday," Fangio said of the roles for the rookies.

The NFL remains about as sympathetic as a parking ticket. However, the Broncos are dealing with a crowded trainer's room that leaves them compromised. Miller (surgically repaired dislocated ankle tendon) and receiver Courtland Sutton (sprained AC joint in right shoulder) missed the opener. Miller hasn't given up on playing this season but would not return until mid-December at the earliest.

Hope exists that Sutton will play against the Steelers. He will practice Wednesday on a limited basis. Sutton, who reached the Pro Bowl in his second season, was close to going against the Titans, but ran out of time after suffering the injury on Thursday. Rookie receiver K.J. Hamler, who worked on scout team last week, should be available this week.

Footnotes
Fangio said there are no plans to change how he handles clock management on game day, calling Monday's failure to call a timeout because he was distracted by coaching the defense an "anomaly." ...

Broncos quarterback Drew Lock said he must clean up his mistakes. He believes he can be much better at the deep throws. The challenge will be real against the Steelers. Their defense starred in the opener, allowing only 29 yards rushing, while producing two takeaways and three sacks. "They just attack 24/7. There's no play you can take off," Lock said. ...

Jerry Jeudy said he will always remember his first game for "the two drops." He appreciated his teammates' support, and indicated it is a simple of issue of just not trying to make a play before catching the ball. ...

The Broncos added outside linebacker Isaiah Irving to the practice squad. He could be a candidate to join the roster on gameday. Irving played two seasons for coach Vic Fangio in Chicago. ...

Former Steeler linebacker Mark Barron, who joined the Broncos midway through training camp, could play this week after making progress with his hamstring injury. ...