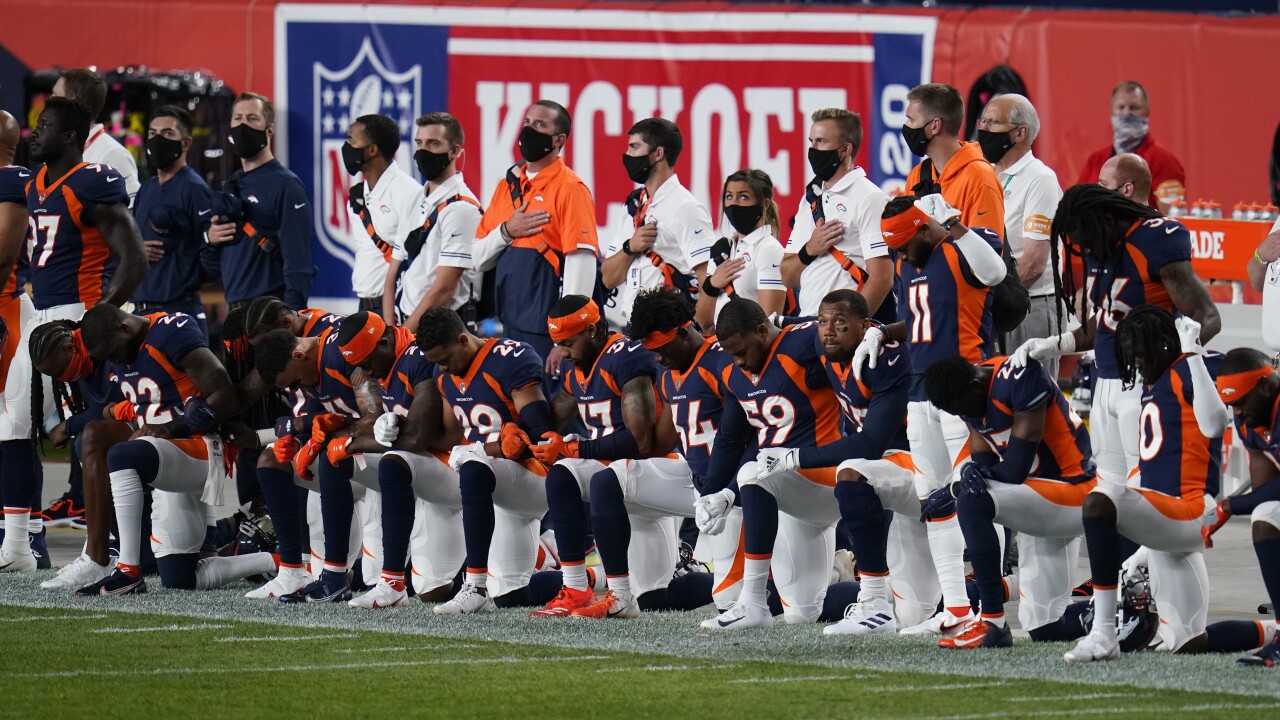 Jack Dempsey/AP
Some of the Denver Broncos kneel during the national anthem prior to an NFL football game against the Tennessee Titans, Monday, Sept. 14, 2020, in Denver. (AP Photo/Jack Dempsey)

DENVER -- Eighteen Broncos kneeled for the national anthem prior to their Monday Night Football game against the Titans, joining a growing number of the league’s players who are using their platform to protest racial injustice and police brutality.

The team, which decided to leave decisions regarding pre-game protests up to individual players, was one of many around the league with players who knelt for the anthem in Week 1. On the other sideline, 11 Titans also knelt.

The Broncos released a statement at the beginning of the game, noting the team respects and supports “everyone’s right to advocate for positive change.”

Together with the players, we will continue to listen, grow and work to inspire change.

To learn more about the actionable steps we are taking together as a team, please visit » https://t.co/FqZAKKHLgD pic.twitter.com/yWidKJBXKJ

Monday night's kneeling wasn't the only way the team protested injustices against the Black community.

Before the season opener, players from both the Broncos and the Titans lined up the the field and stood together as "Lift Ev'ry Voice and Sing” played in the background. The poem and song is of significant importance in the Civil Rights movement and has been described as the Black national anthem.

Read the rest from our partners at The Denver Post. Denver7's Óscar contributed to this report.