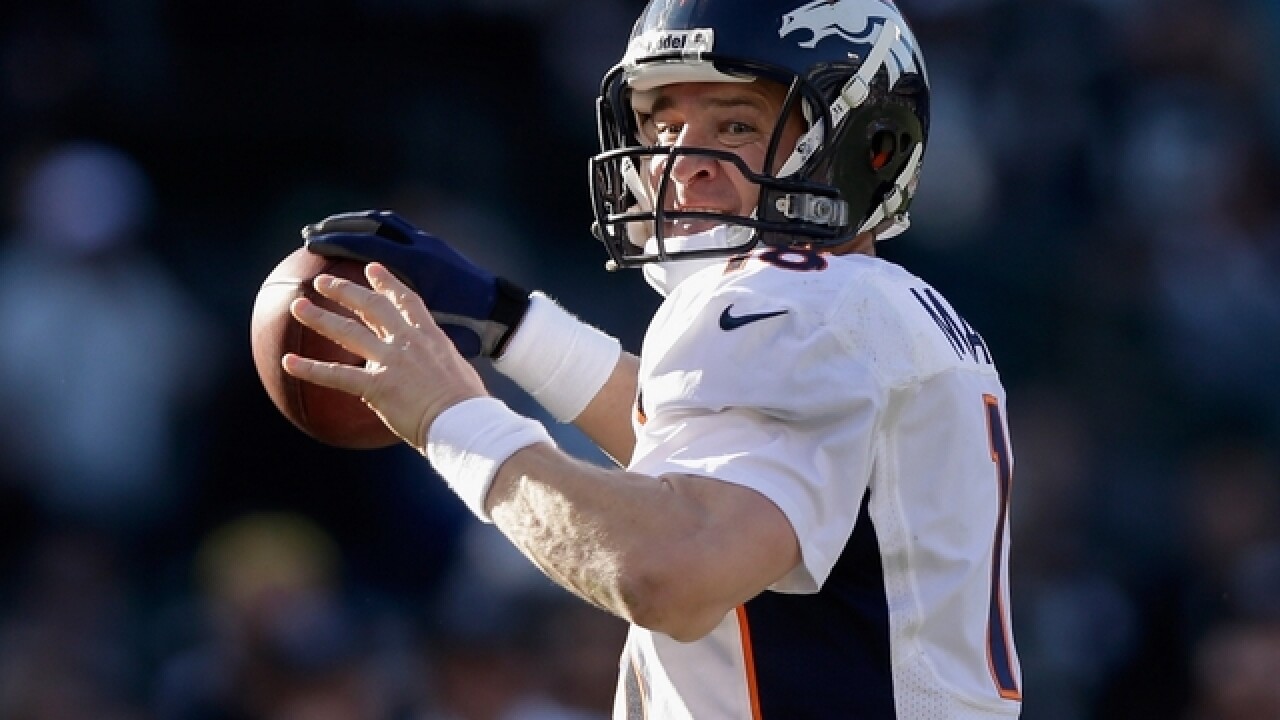 If Peyton Manning doesn't decide to retire in the next few days, the Broncos will almost certainly release the iconic quarterback.

Peyton Manning is inching toward a historic repeat.

If he doesn't decide to retire in the next few days, the Denver Broncos will almost certainly release the iconic quarterback just like the Indianapolis Colts did four years ago under equally extraordinary circumstances.

The Super Bowl champs need the $19 million he's due in 2016 to address a host of other offseason needs, chief among them: paying his replacement.

Manning, who turns 40 in a couple of weeks, has been pondering his future since hoisting his second Super Bowl trophy last month after Denver's defense carried the Broncos to a 24-10 victory over the Carolina Panthers.

Manning's agent, Tom Condon, told 104.3 The Fan in Denver this week that the decision is a difficult one because Manning's love for the game remains so strong.

Manning said after the Super Bowl that he needed time to reflect, stressing: "I think I'll make a good decision and I think I'll be at peace with it whichever way it goes." He hasn't had much to say since then, although he did offer up a joke about it during his speech on leadership at the Florida Forum on Wednesday night.

"Many of you have probably heard that I have a significant announcement to make, so I thought I'd go ahead and make it with all of you here tonight," Manning said. "Papa John's is offering 50 percent off tonight through Friday."

He later said he had no idea what he'll do after his playing career is over.

Although it's hard to see a scenario in which Manning returns to Denver, especially at that price tag, general manager John Elway has insisted he'll give Manning all the time he needs to make up his mind about his future.

It's the same give-him-space approach Elway used to lure Manning to Denver in the first place after the Colts cut him in 2012 to make way for Andrew Luck after Manning had missed an entire season following neck fusion surgery.

Still, a deadline looms: Manning's $19 million salary becomes fully guaranteed on Wednesday, the start of the league's new year. So, Elway will need an answer by Tuesday afternoon at the latest.

Among their free agents the Broncos need to pay is Brock Osweiler — providing Manning's groomed replacement doesn't get a break-the-bank offer from another team.

Manning and Elway could agree to mutually part ways if Manning needs more time to make up his mind about his future.

That would free the Broncos to move on and allow Manning to test the open market again. There are some teams that might have an interest in the five-time MVP, the Rams, Jets, Browns and Texans among them. However, Manning might soon realize he's only delaying an inevitable retirement announcement.

The Broncos asked him to take a pay cut last season after he threw 39 TD passes in 2014 and they settled on a $4 million reduction — although Manning earned it all back in bonuses by winning the Super Bowl.

Hampered by a torn ligament in his left foot, Manning endured the worst statistical season of his career in 2015, one that included just nine touchdown throws and 17 interceptions in nine starts. He completed just 13 passes for 141 yards in the Super Bowl. But thanks to a defense led by game MVP Von Miller, he became the oldest quarterback to win a championship and the only starting QB to win Super Bowls with two franchises.

His first came in 2007 with the Colts, who drafted him No. 1 overall in 1998. The Colts gave up on him after a series of neck surgeries forced him to miss all the 2011 season and threatened to cut short his career.

Unlike many quarterbacks who are pushed into retirement by the tedium of practice and film study, Manning has long embraced the endless hours of preparation that go into getting ready for game day. He has said he'll miss that as much as the camaraderie of the huddle whenever he does walk away.

That's but one reason he didn't rush into retirement as the gold confetti fluttered around him last month.