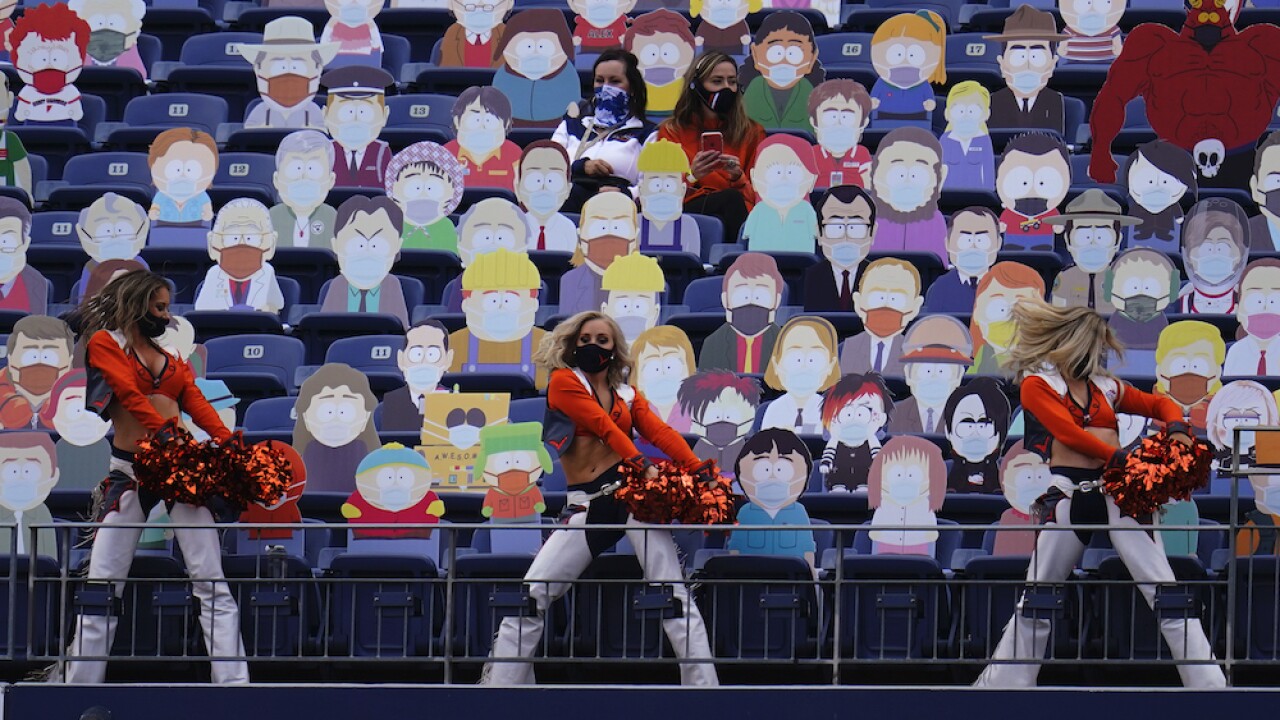 Copyright 2020 The Associated Press. All rights reserved
Jack Dempsey/AP
Denver Broncos cheerleaders perform as two fans sit among cardboard characters from the show South Park during the first half of an NFL football game against the Tampa Bay Buccaneers, Sunday, Sept. 27, 2020, in Denver. (AP Photo/Jack Dempsey)

The COVID-19 pandemic has created ample seating, day and night, at Denver's Empower Field at Mile High — so the Broncos decided to fill those seats with the entire town of South Park.

Attendance at Sunday's games between the Broncos and the Tampa Bay Buccaneers in Denver was limited to about 5,000 people due to local pandemic restrictions. So with more than 70,000 open seats in the stadium, the Broncos followed in the footsteps of other pro teams and filled seats with cardboard cutouts.

But the Broncos' most hard-core cardboard fans were in the south end zone. There, the team created cutouts for dozens of "South Park" characters, all adorned with COVID-19 masks.

The Broncos even went the extra mile to ensure that characters who were related or friendly with each other were seated near each other. Photos from the team's website show that Broncos officials had planned each character's seat in advance. 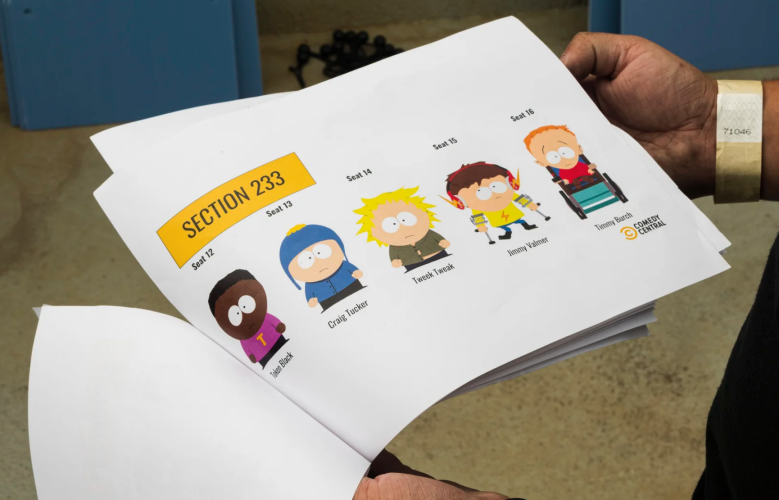 South Park is set in southern Park County, Colorado — located about a two-hour drive southwest of Denver. Since debuting in 1997, South Park has debuted more than 300 episodes over 23 seasons. The show's 24th season premiers on Wednesday.

So far this season, 17 of the NFL's 32 teams have hosted home games. Only eight teams have allowed fans to be in attendance. Four of those teams — Dallas, Kansas City, Jacksonville and Miami — filled their stadiums to about 20 percent capacity. All other teams limited capacity to less than 12 percent.

The NFL is the first of the "Big 4" pro sports leagues to allow fans in attendance. The NBA and the NHL — both playing games without fans in "bubbles" — have not allowed fans to be in attendance, while MLB played games at home team parks without fans.