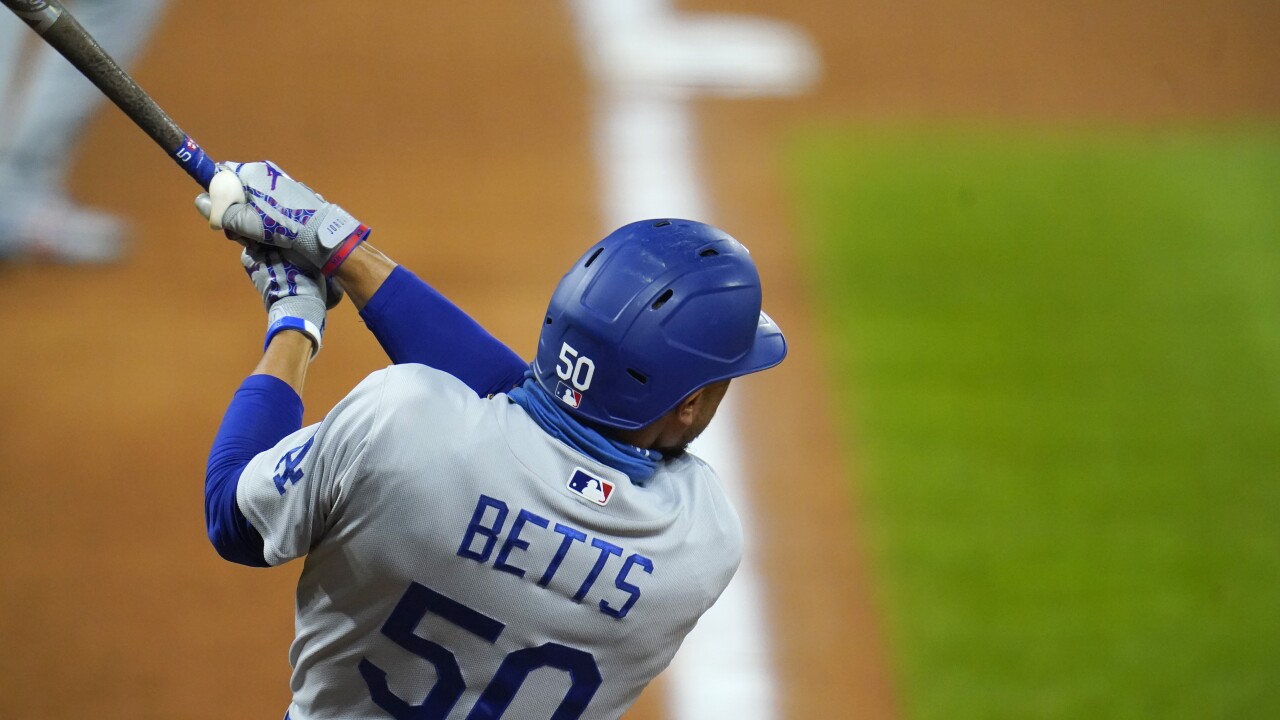 The Dodgers’ magic number for wrapping up the division dropped to four.

They were already the first team to secure a playoff spot this season.

Bellinger had three of LA’s season-high 17 hits, including his first homer since Aug. 30 and a double. Betts delivered a solo homer in the sixth to increase the Dodgers’ major league-leading total to 98, and added a two-run triple in the seventh.