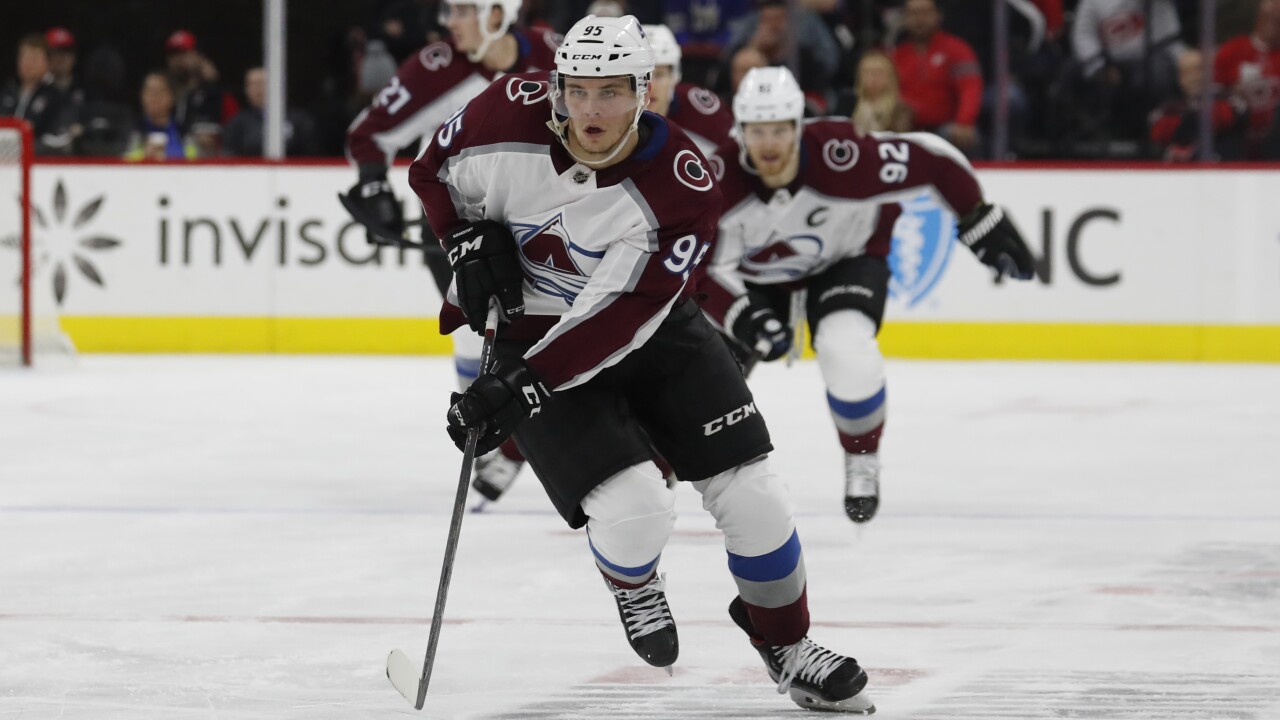 Karl B DeBlaker/AP
Colorado Avalanche's Andre Burakovsky (95) brings the puck up the ice against the Carolina Hurricanes during the second period of an NHL hockey game in Raleigh, N.C., Friday, Feb. 28, 2020. (AP Photo/Karl B DeBlaker)

EDMONTON, Alberta (AP) — Pierre-Edouard Bellemare began a five-goal scoring spree in the first period and the Colorado Avalanche avoided second-round elimination with a 6-3 victory over the Dallas Stars in Game 5.

The Avalanche trail the Stars 3-2 in the best-of-seven series.

The five goals tied the franchise postseason record for a period. Burakovsky added another in the second.