We tracked down the artist behind the brilliant shirt design to hear how it came to be – and it's a story of wholesome beginnings.
Posted: 1:52 PM, Jul 01, 2022 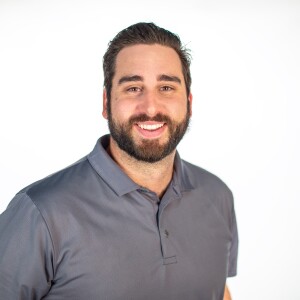 We tracked down the artist behind the brilliant shirt design to hear how it came to be – and it's a story of wholesome beginnings.

He expertly trolled the NHL runner-up Tampa Bay Lightning with a T-shirt that read, “Too many men” – a jab, of course, at salty Tampa faithful who alleged the Avs had too many men on the ice for Kadri’s game-winning goal in overtime of Game 4 of the Final.

We tracked down the artist behind the brilliant shirt design to hear how it came to be – and it's a story of wholesome beginnings.

Adrienne Ruth, a longtime Avs fan says doing artwork about the team is a passion project of hers. Kadri’s wife, Ashley, has purchased items from Ruth’s Etsy store in the past.

But she says the connection to Kadri and his family really formed when Kadri, who is Muslim, became the target of hateful messages online during the 2021 Stanley Cup playoffs – an unfortunate trend that resurfaced in the Avs’ 2022 semifinal series against the St. Louis Blues.

Ruth, who has spent time in Turkey as part of a military family, says she wanted to change some perception about the Muslim faith. She played a role in the #StandWithNaz movement that followed.

“It's really a lot of credit to his wife for finding a local Avs fan and really supporting my work,” Ruth said. “And then the bond grew over the #StandWithNaz stuff [...] And I think that was kind of the thing that really solidified the connection between me and the Kadris was just showing that I can use my voice to show that this is unacceptable.”

“And I can promise you that there are thousands of Avs fans and hockey fans who agree with me and I can showcase that to you.”

Her advocacy made an impression on the Kadris. After the Game 4 win and the too-many-men controversy that ensued, Ruth got a call from Ashley.

She thought it was a butt dial. But it was far from it: “She was like, ‘No, no, I need you to call me back. You know, Naz wants a shirt made. And we think you can do it for us,’” Ruth recalled.

Kadri wanted an image of him and his teammates celebrating in the away white sweater. Ruth worked through a few mockups of the design with the Kadris and found a local printer in Thornton who could get the job done in time for the Stanley Cup celebration.

And what happened next was a surreal experience for Ruth.

"I want to be happy. I want to cry. I have no clue where the range of emotion is right now," she said. "It's something special that this player chose you to do that, like validating your artwork, you know, reaching out to you to design it."

“I 100% thought this was going to just kind of blow up locally and be kind of a thing that within Denver people got kind of crazy about,” she said. “But to see how far it's reached – things are a little wild right now.”

Hockey fans loved the shirt and the not-so-subtle jab at the former two-time defending champion Lightning. In the hours after the celebration, Ruth was flooded with messages and inquiries about the shirt.

“It's been nonstop,” she said in a video interview Thursday afternoon. “I can’t stop any notification. The minute I get it down to like zero [notifications on my phone], it just blows up to like 20, 50 more.”

After an eventful Thursday afternoon learning tax and trademark laws and regulations, Ruth made the shirt available for sale.

You can buy one for $23 right now at this link, and all of Adrienne's proceeds will go to the Nazem Kadri Foundation, which focuses on funds and awareness for mental health. Adrienne tells us by 3 p.m. Friday, they had sold nearly 4,000 shirts and generated more than $35,000 for Kadri's foundation.

“Too many men” go get em! All proceed to charity @KadriFoundation https://t.co/KfY7tfghcp

As with many stories of overnight online success, there are imposters. But Ruth says her fellow Avs faithful have her back.

“I'm really fortunate to be part of a really great [Avs fan groups on social media]. Any scam t-shirt they see, they're reporting it,” she said. “I'm really blessed to have that group of people who were like, ‘No, we want all the credit to go to the person we know it should go to.’”

You can check out Ruth’s Etsy shop here.

Y'all have watched, waited and commiserated...and I am happy to announce the official @43_Kadri Too Many Men shirt is now available thanks to @EHClothing - 50% of proceeds will be going to the @KadriFoundation! Shop here and #GoAvsGo: https://t.co/Al5mYfNqQc