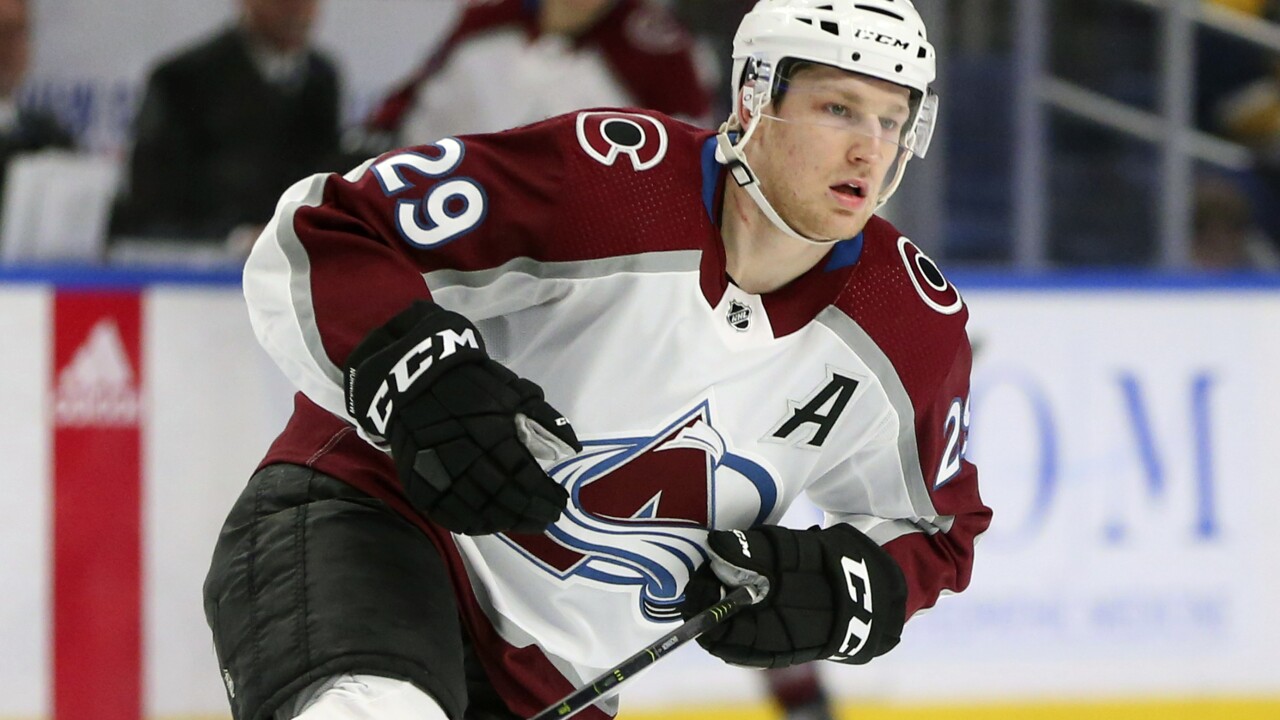 (Copyright 2020 The Associated Press. All rights reserved. This material may not be published, broadcast, rewritten or redistributed.)
Jeffrey T. Barnes/AP
FILE - In this Tuesday, Feb. 4, 2020, file photo, Colorado Avalanche forward Nathan MacKinnon skates during the first period of the team's NHL hockey game against the Buffalo Sabres, in Buffalo, N.Y. NHL leading scorer Leon Draisaitl of the Oilers, Avalanche center Nathan MacKinnon and Rangers winger Artemi Panarin are the finalists for the Ted Lindsay Award. The trophy goes to the league's most outstanding player as voted by fellow players. (AP Photo/Jeffrey T. Barnes, File)

The National Hockey League's Stanley Cup Playoffs are being put on hold amid calls for justice in the wake of the Jacob Blake shooting.

Playoff games for Thursday and Friday will be postponed, including the Colorado Avalanche's Game 4 matchup against the Dallas Stars, which was scheduled for Friday night. The four postponed games will be rescheduled beginning Saturday, though times have not been announced.

“I’m proud of our players for taking the time to get together in our bubble and the bubble out east and coming up with an informed decision to stop today,” said Avalanche coach Jared Bednar. “Our club and coaching staff supports their decision. When you come together as a group, it sends a stronger message.”

"Black and Brown communities continue to face real, painful experiences," said a statement from the NHL and the NHL Players' Association. "The NHL and NHLPA recognize that much work remains to be done before we can play an appropriate role in a discussion centered on diversity, inclusion and justice."

Earlier Thursday, the NBA postponed its Thursday playoff games, including the Denver Nuggets' Game 6 against the Utah Jazz. League officials said talks were continuing with players, with the hopes of resuming the postseason on Friday or Saturday.

While the NBA and some MLB teams did not play Wednesday, the NHL continued its postseason, though players were discussing options to protest racial injustice.

The Avs beat the Stars 6-4 on Wednesday night, to cut Dallas' series lead to 2-1.