Hockey is back: Everything you need to know for the Avalanche season opener 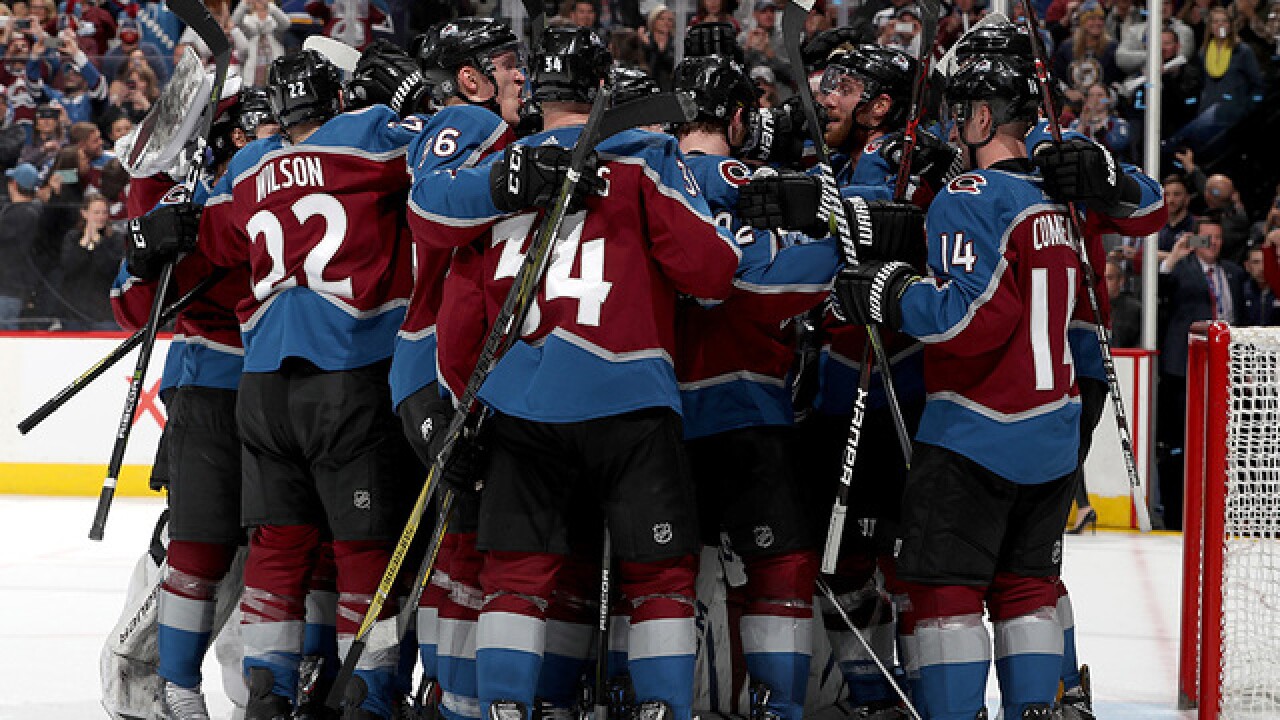 Copyright 2018 Scripps Media, Inc. All rights reserved. This material may not be published, broadcast, rewritten, or redistributed.
Matthew Stockman
<p>DENVER, CO - APRIL 07: Members of the Colorado Avalanche celebrate their win over the St Louis Blues at the Pepsi Center on April 7, 2018 in Denver, Colorado. (Photo by Matthew Stockman/Getty Images)</p>

DENVER – The Colorado Avalanche opens its season Thursday night with a home matchup against the Calgary Flames at the Pepsi Center. The puck drops at 7 p.m.

The Avalanche extinguished the Flames in the first round of the playoffs last year – OK, we'll stop with the puns. But the Avs did handle Calgary in the playoffs last season, winning the series 4-1, and they own a 55-53-11 record against Calgary since the franchise moved to Colorado.

If you're taking an Uber or Lyft to the game, the rideshare dropoff and pickup area is near the main entrance of the arena, between 9th and 11th streets.

The team encourages fans to download their tickets to their mobile devices, for the quickest entry into the arena. Go here for everything you need to know about mobile ticketing.

Don't have a ticket?

You can still be a part of the fun outside the Pepsi Center on Thursday night. The team is hosting a viewing party in the Pepsi Center Plaza, beginning at 6:30 p.m. The party will be free and feature food trucks and a large viewing screen.

Will the game be on TV?

It will. But the chances are slim that you'll actually get to watch it, as the dispute between Altitude Sports and several major TV providers is still ongoing.

The dispute is over re-transmission fees. Networks like Altitude provide content, in their case Avalanche, Nuggets, Rapids, and Mammoth games, along with local programming. Television providers like Comcast, Dish Network, and DirecTV then pay the network for the right to broadcast their channel and its contents as part of their TV packages.

And even if you have access to league-wide networks like NBA League Pass and NHL Center Ice, they have a policy of blacking out games in local markets, meaning that won't work as a workaround either.

MORE |Why you still can't watch the Avalanche and Nuggets on Comcast, DirecTV, Dish

Altitude will still be available on CenturyLink and other smaller providers, but the network does not have a streaming option for the games.

Six players will make their Avalanche debut this season: Rookie Conor Timmins, who missed all of last season with a head injury; Pierre-Edouard Bellemare, Joonas Donskoi, Valeri Nichushkin, Andre Burakovsky and Nazem Kadri. The team signed Bellemare, Donskoi and Nichushkin in free agency and traded for Burakovsky and Kadri.

Philipp Grubauer returns as the Avalanche's starting goaltender. He was 18-9 with a 2.64 goals against average in 37 games last year. Pavel Francouz, who appeared in two games for the Avalanche last year, also returns for Colorado.