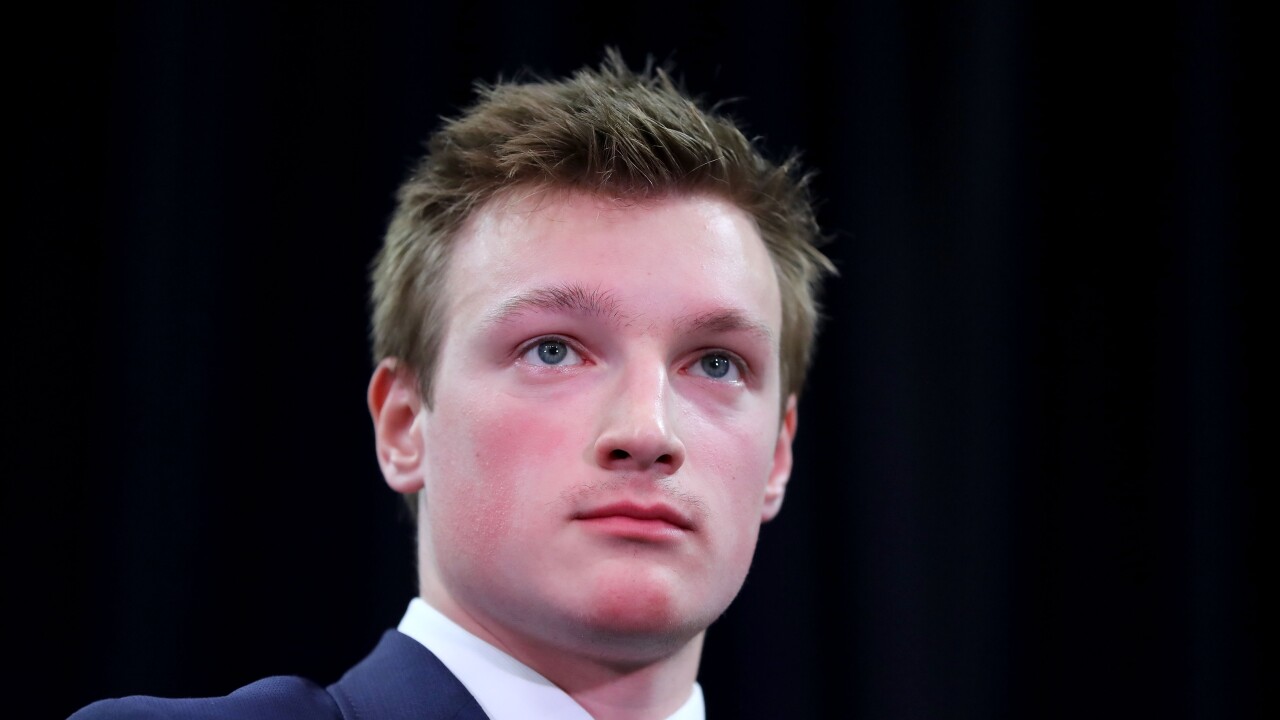 Elsa/Getty Images
BUFFALO, NEW YORK - APRIL 12: Cale Makar of the University of Massachusetts and winner of the 2019 Hobey Baker Memorial Award looks on during the award ceremony at the Harbor Center on April 12, 2019 in Buffalo, New York. (Photo by Elsa/Getty Images)

DENVER (AP) — The Colorado Avalanche have signed defenseman Cale Makar to a three-year deal a day after his Massachusetts squad lost in the Frozen Four championship game.

Makar, who's from Calgary, could make his NHL debut Monday in Game 3 of a playoff series against the Flames. The series is tied at a game apiece.

He just wrapped up a sophomore season in which he led the Minutemen to the title game before falling to Minnesota-Duluth. Makar earned the Hobey Baker Memorial Award as college hockey's top player.

The 20-year-old Makar finished first among NCAA defensemen with 49 points. He's looking to bring that scoring prowess to the Avalanche blue line.