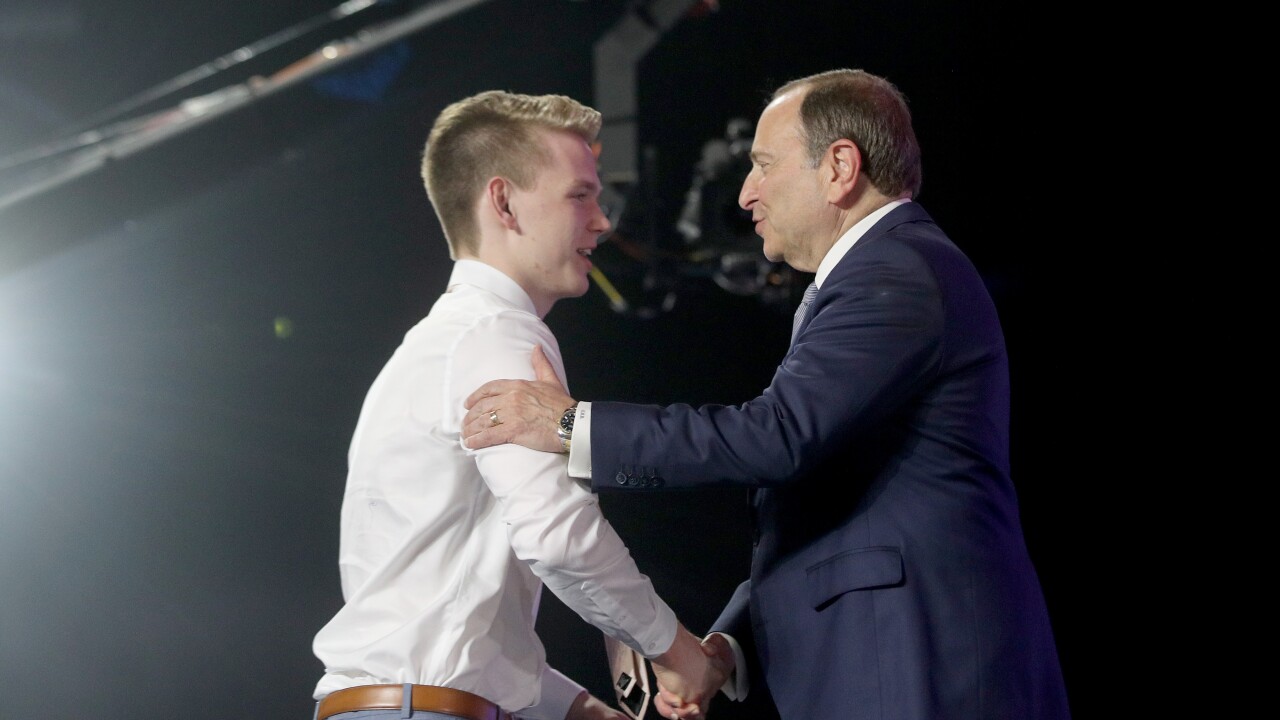 DENVER – The Colorado Avalanche selected defenseman Bowen Byram with the fourth overall pick in the first round of the 2019 NHL Draft at Rogers Arena in Vancouver Friday night.

The 18-year-old, a native of Crankbook, British Columbia, recorded 71 points in 67 regular season games during his time with the Vancouver Giants of the Western Hockey League in 2018-19.

He led all WHL defensemen in goals and ranked third in points, earning WHL First All-Star Team honors. He added 26 points in 22 playoff games, leading all skaters in assists and points and becoming the first defenseman to ever lead the WHL in postseason scoring, according to a news release.

The left-shooting defenseman is the Avalanche’s fifth top-five draft picks since the franchise relocated from Quebec.