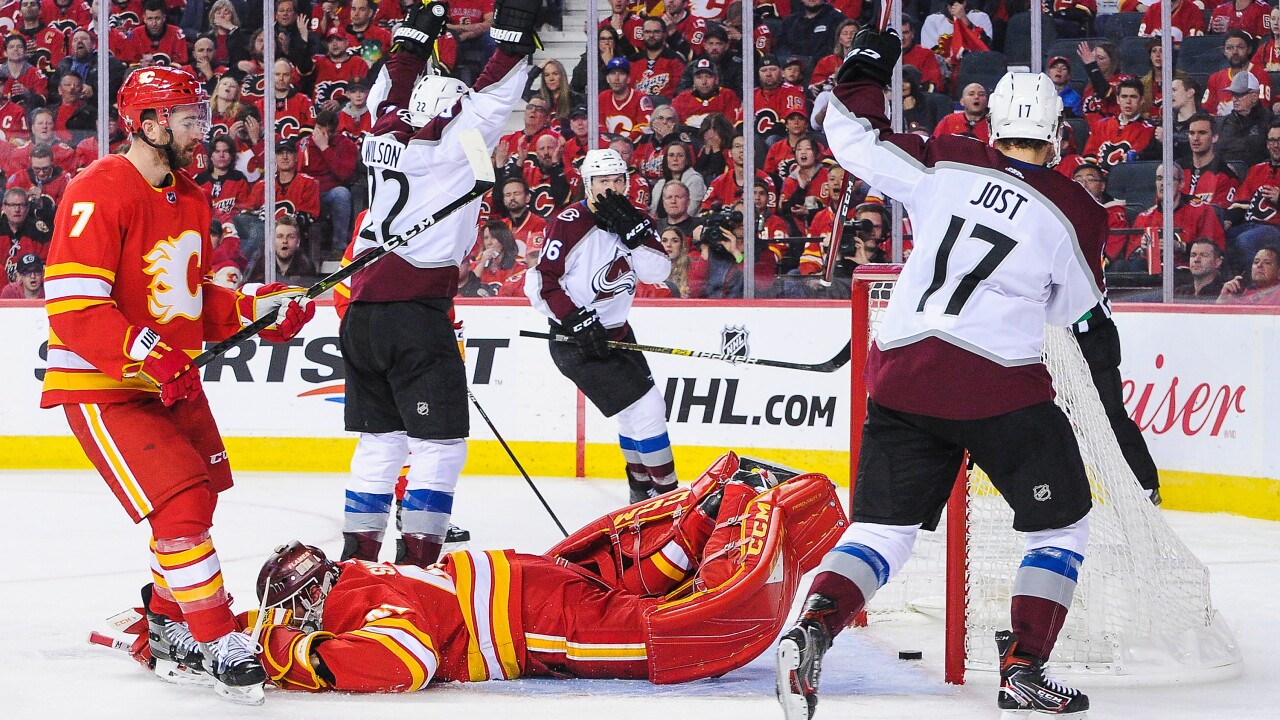 Copyright Getty Images. All Rights Reserved.
Derek Leung/Getty Images
CALGARY, AB - APRIL 19: Colin Wilson #22 of the Colorado Avalanche scores on the net of Mike Smith #41 of the Calgary Flames in Game Five of the Western Conference First Round during the 2019 NHL Stanley Cup Playoffs at Scotiabank Saddledome on April 19, 2019 in Calgary, Alberta, Canada. (Photo by Derek Leung/Getty Images)

DENVER – The Colorado Avalanche will open their 2019-20 season at home at the Pepsi Center on Oct. 3 with a matchup with the Calgary Flames, which the Avs defeated in the first round of this year’s National Hockey League playoffs.

The NHL and the Avalanche released schedules for next season on Tuesday morning. The Avs again begin their season at home – the 11th time in 14 years that has been the case – and will play the first four games of the season at the Pepsi Center against Calgary, Minnesota, Eastern Conference champions Boston and Arizona.

But the Avs will then hit the road for their longest stretch of the season – a six-game jaunt in Washington, Pittsburgh, Florida, Tampa Bay, St. Louis and Las Vegas.

The Avs will host the Los Angeles Kings on Feb. 15 for the NHL Stadium Series with an outdoor game at the U.S. Air Force Academy in Colorado Springs. It’s the second time an NHL game will be played outdoors in Colorado, as the Avs previously hosted Detroit at Coors Field in February 2006.

Tickets for preseason and all 40 regular-season games at the Pepsi Center are on sale now at ColoradoAvalanche.com. Ticket information for the Stadium Series matchup will be announced at a later date, the team said.

The Avalanche also traded center Carl Soderberg Tuesday to Arizona in exchange for a 2020 third-round draft pick and 29-year-old defenseman Kevin Connauton, who had eight points in 50 games last season. Soderberg finished the season with 49 points in 82 games.

“I’d like to thank Carl for everything he has done for the Avalanche both on and off the ice,” said Avalanche Executive Vice President and General Manager Joe Sakic. “This trade allows some of our young centermen to have a chance to play a more prominent role on our team while adding an experienced defenseman to our roster.”