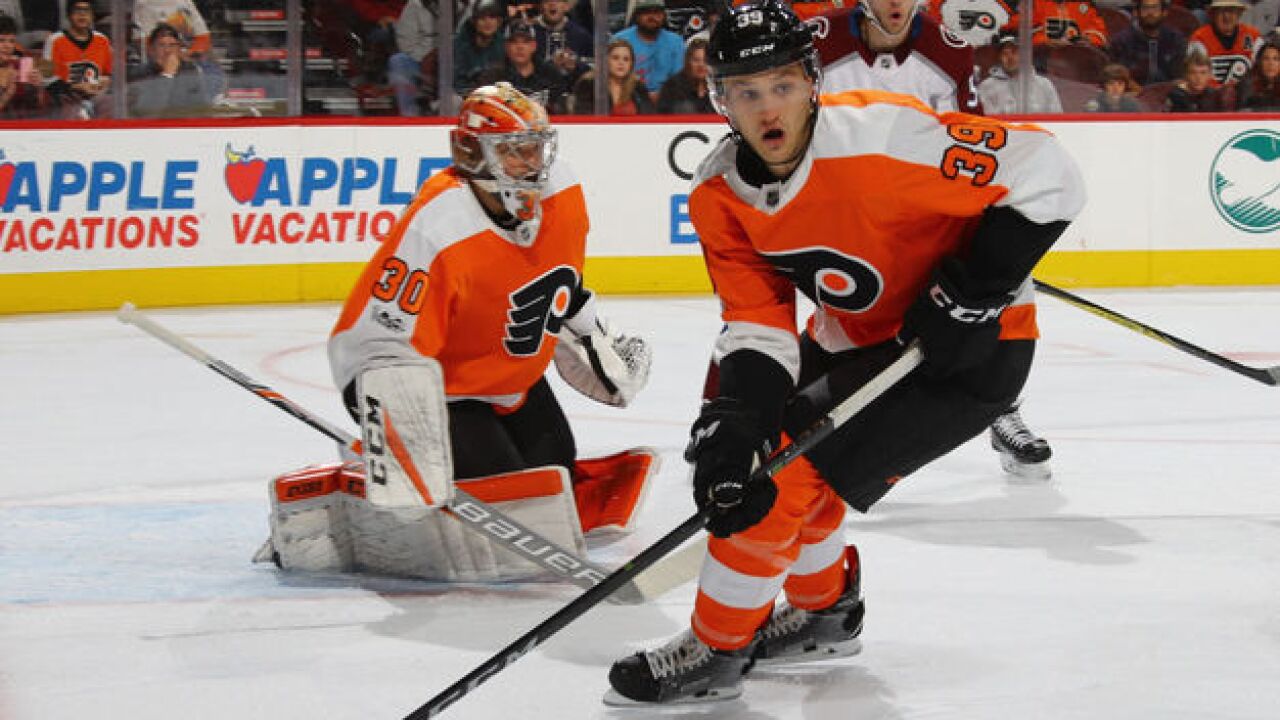 2017 Getty Images
Bruce Bennett
<p>PHILADELPHIA, PA - NOVEMBER 04: Mark Alt #39 of the Philadelphia Flyers skates against the Colorado Avalanche at the Wells Fargo Center on November 4, 2017 in Philadelphia, Pennsylvania. The Avalanche defeated the Flyers 5-4 in the shootout. (Photo by Bruce Bennett/Getty Images)</p>

The team claimed the 26-year-old off waivers from Philadelphia on Feb. 26. He played in seven games for Colorado during the regular season but didn't play in the postseason.

Alt was selected by Carolina in the second round of the 2010 draft before being dealt to the Flyers in 2013. The 6-foot-4, 201-pound Alt played three seasons for the University of Minnesota, where he had seven goals and 32 assists in 117 games.

His father is John Alt, who was an offensive lineman for the Kansas City Chiefs.