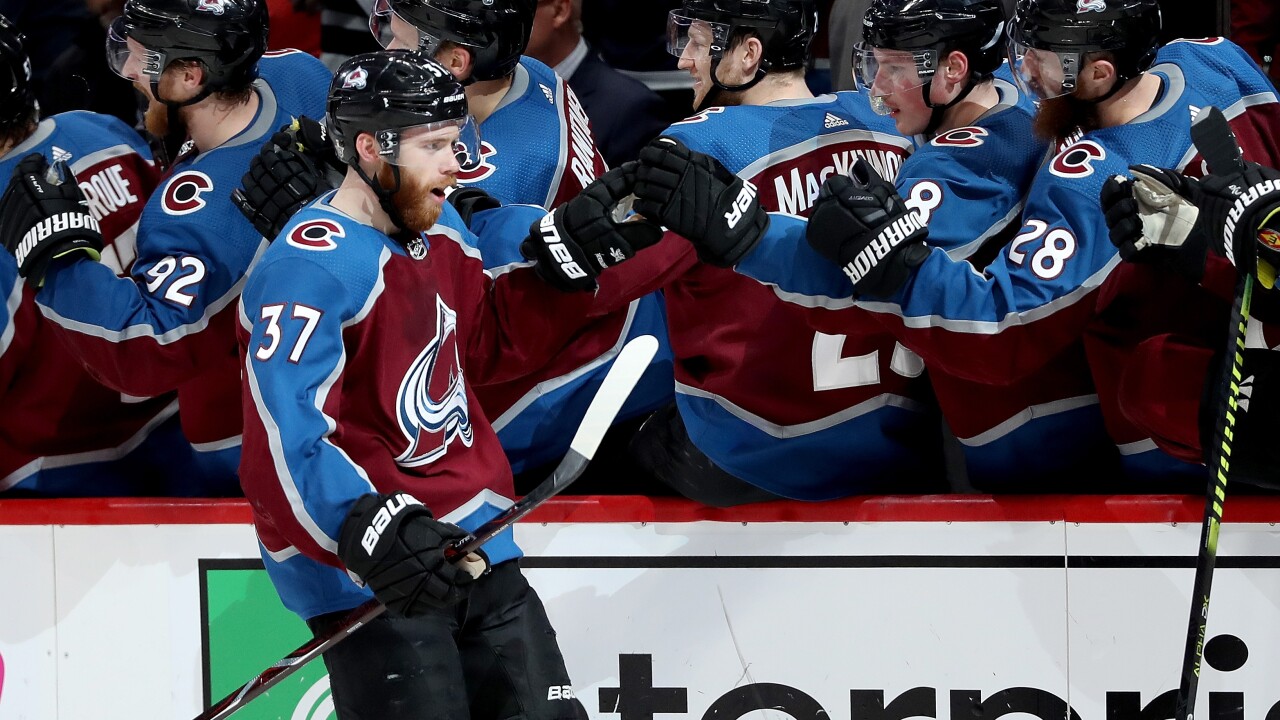 Copyright Getty Images. All Rights Reserved.
Matthew Stockman/Getty Images
DENVER, COLORADO - MAY 06: J.T. Compher #37 of the Colorado Avalanche is congratulated by his teammates after scoring a goal against the San Jose Sharks in the third period during Game Six of the Western Conference Second Round during the 2019 NHL Stanley Cup Playoffs at the Pepsi Center on May 6, 2019 in Denver, Colorado. (Photo by Matthew Stockman/Getty Images)

DENVER (AP) — J.T. Compher has signed a four-year contract with the Colorado Avalanche that runs through the 2022-23 season.

The 24-year-old forward had 16 goals and 16 assists for Colorado last season. He added four goals and two assists in a dozen playoff games, including two goals and an assist against San Jose in Game 6 of their second-round series on May 6.

Compher was one of eight NHL players with at least three short-handed, power-play and game-winning goals in 2018-19, and he was the first Colorado player to accomplish that feat since Joe Sakic in 2000-01.

Sakic, now the team's general manager, called Compher "one of our most versatile forwards over the past two years."

Selected by Buffalo in the second round of the 2013 draft, Compher was acquired by Colorado in 2015. He has 60 points in 156 regular-season games and nine points in 18 playoff games.