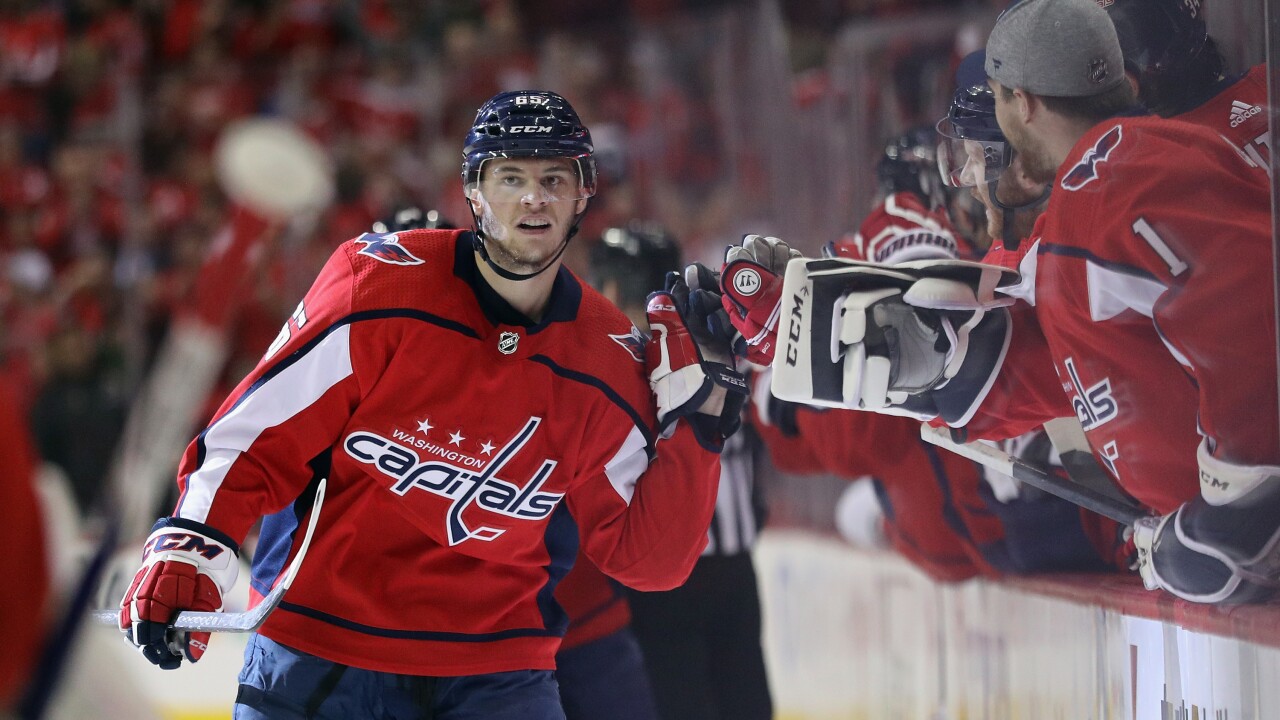 Copyright Getty Images. All Rights Reserved.
Patrick Smith/Getty Images
WASHINGTON, DC - APRIL 24: Andre Burakovsky #65 of the Washington Capitals celebrates his goal at 2:13 of the first period against the Carolina Hurricanes in Game Seven of the Eastern Conference First Round during the 2019 NHL Stanley Cup Playoffs at the Capital One Arena on April 24, 2019 in Washington, DC. (Photo by Patrick Smith/Getty Images)

DENVER (AP) — The Colorado Avalanche acquired forward Andre Burakovsky in a deal with the Washington Capitals on Friday.

In exchange, the Capitals pick up minor-league forward Scott Kosmachuk, a second-round pick in the 2020 draft and a third-round selection the Avalanche previously picked up from Arizona.

He figures to fit in well with a fast-paced Avalanche attack led by Nathan MacKinnon.