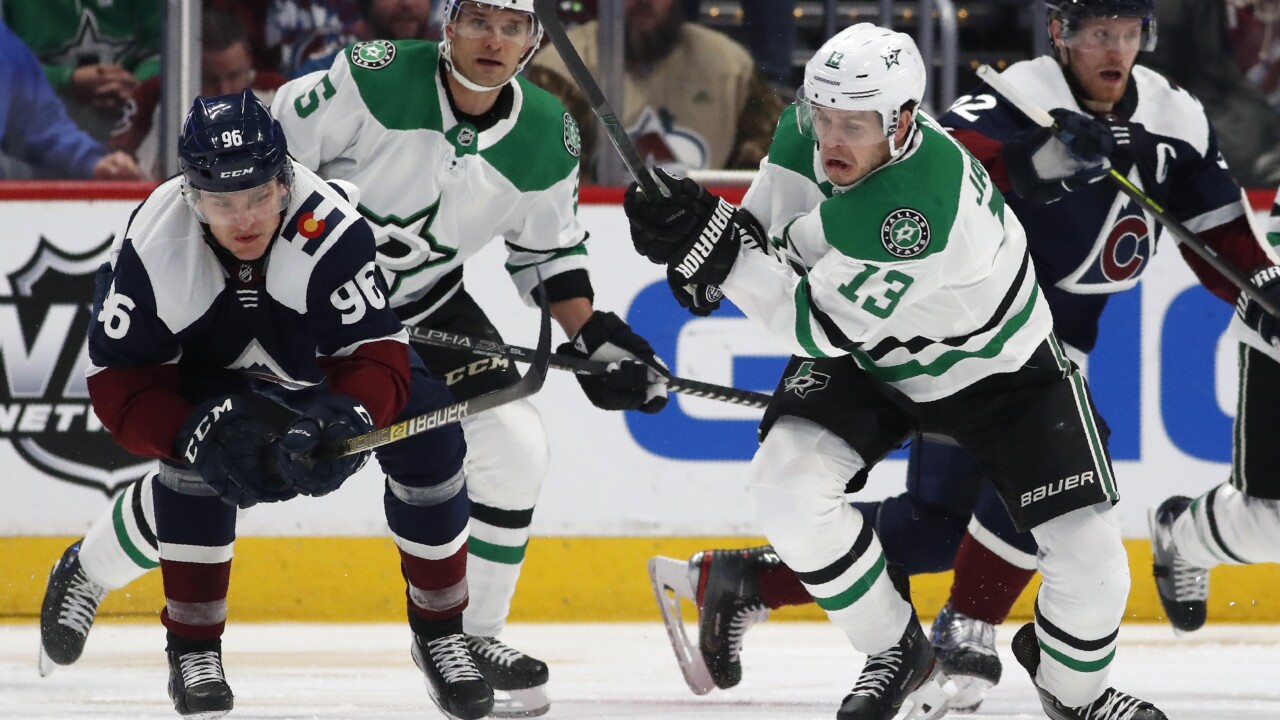 DENVER – The Colorado Avalanche are headed home for the season after a 5-4 overtime loss Friday against the Dallas Stars.

Joel Kiviranta scored the game-winner just over 7 minutes into overtime – a hat trick for the young winger that were also his first three goals of the postseason.

The Avs came back from a 3-1 series deficit to even the series but had to work through a tough Stars team on Friday who refused to allow the Avalanche a regulation win – matching each goal with one of their own.

Alexander Radulov scored first for the stars just 2 ½ minutes into the first period on a power play, but Vladislav Namestnikov tied it up for Colorado just over a minute later. Andrew Burakovsky would score his seventh goal of the postseason about six minutes later.

The Stars’ Kiviranta scored his first goal of the night 3 minutes into the second period to tie the game at 2-2. But the Avs would go on the power play a couple minutes later, which led to Nazem Kadri scoring his ninth goal of the postseason to give Colorado a 3-2 lead.

Radulov scored his second goal of the game on a power play 11 ½ minutes into the third period to tie the game again at 3 apiece.

Namestnikov scored with just under four minutes left in regulation to give the Avalanche what appeared to be a possible series-winner. But the Avs’ excitement lasted only 10 seconds, as Kiviranta would even the game at 4-4 for the Stars with his second goal of the game.

After some near-misses from both teams in overtime and great saves from the two backup goalies, the Stars put the pressure on, and Kiviranta scored with assists from Jamie Oleksiak and Andrej Sekera with about 12 minutes left to go in the sudden-death overtime, sending the Stars to victory.

The Stars will face either the Vancouver Canucks or Las Vegas Golden Knights in the Western Conference finals. Puck drop for that game is at 7 p.m. Friday.