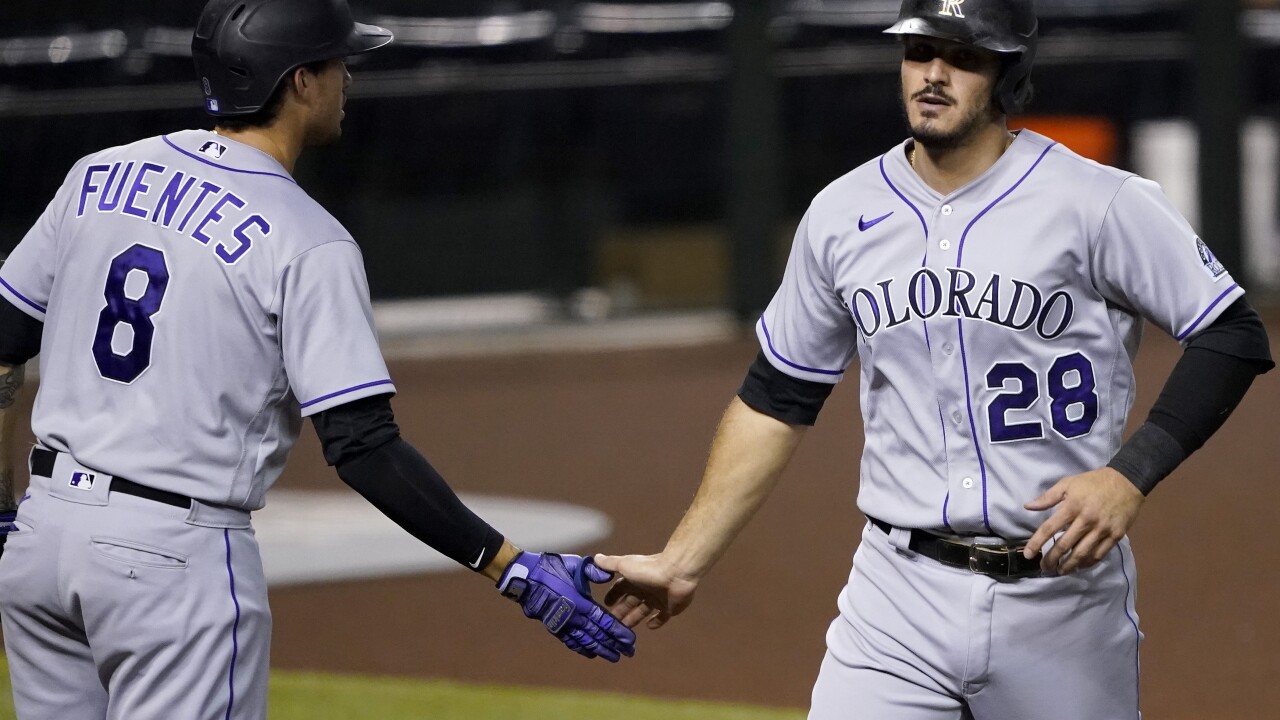 Matt York/AP
Colorado Rockies' Nolan Arenado (28) is greeted by Josh Fuentes (8) after scoring on a base hit by Matt Kemp during the first inning of a baseball game, Tuesday, Aug. 25, 2020, in Phoenix. (AP Photo/Matt York)

PHOENIX (AP) — Nolan Arenado had two doubles and two RBIs to break out of a slump and help the Colorado Rockies beat the Arizona Diamondbacks 5-4.

The Rockies have won two straight games after dropping the previous seven and have pushed back to .500 with a 15-15 record.

The Diamondbacks lost their seventh straight and fell to 13-18.

The Rockies’ decisive rally came in the seventh. Story drew a one-out walk and stole second before coming home on Arenado’s double.

Arenado scored on a passed ball to push the Rockies ahead 5-3.