Truex's day ended with a crash into the wall 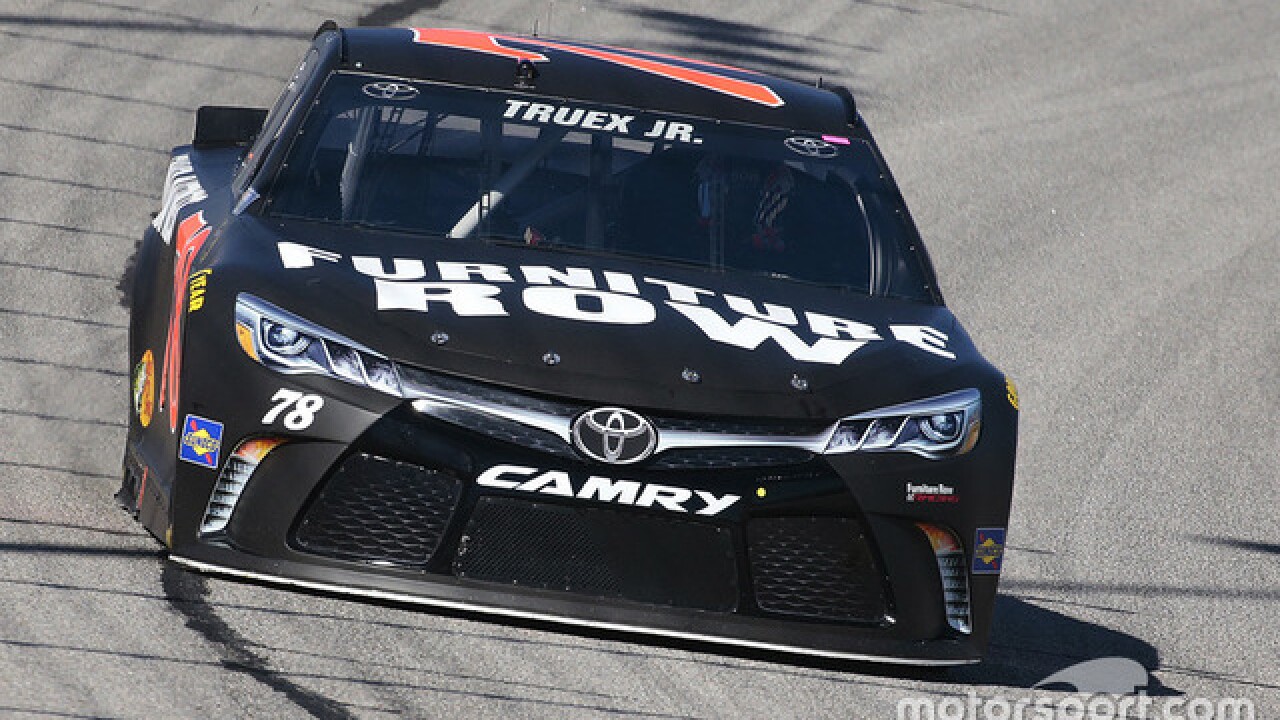 “We were pretty much toast after we got rammed by the (No.) 22,” said Truex, who was credited with a 32nd-place finish in Sunday’s Auto Club 400.

Truex, who took the lead three different times and led the third most laps, was running in the top-five when his Furniture Row/Denver Mattress Camry got wrecked.

“We had a good run going until we took that hit from the No. 22,” said Truex, who had words with Logano after the race."Not sure what he (Logano) was thinking about at the time, but that hit sure spoiled our day. We went from being a contender to the back of the field. Really frustrating to have a good car and not have anything to show for it.”

There was not any question about the strength of Truex’s No. 78 Toyota. He showed his muscle as soon as the green flag dropped to start the scheduled 200-lap, 400-mile race. After starting 17th, he vaulted into the top-10 by Lap 5 and shot into the top five by Lap 16.

“We came out of the gate strong and ready to make some noise,” said Truex, who was running third at the halfway mark of the race. “We had some issues, but overall our car was very competitive. This is not the way we wanted to go into the off week, but we will regroup and get ready for the next race.”

The 32nd-place finish dropped Truex to 11th from ninth in driver points.

The race had six cautions for 33 laps and there were 26 lead changes among eight drivers.

The Sprint Cup Series will have Easter weekend off and resume action the following week at Martinsville (Va.) Speedway.