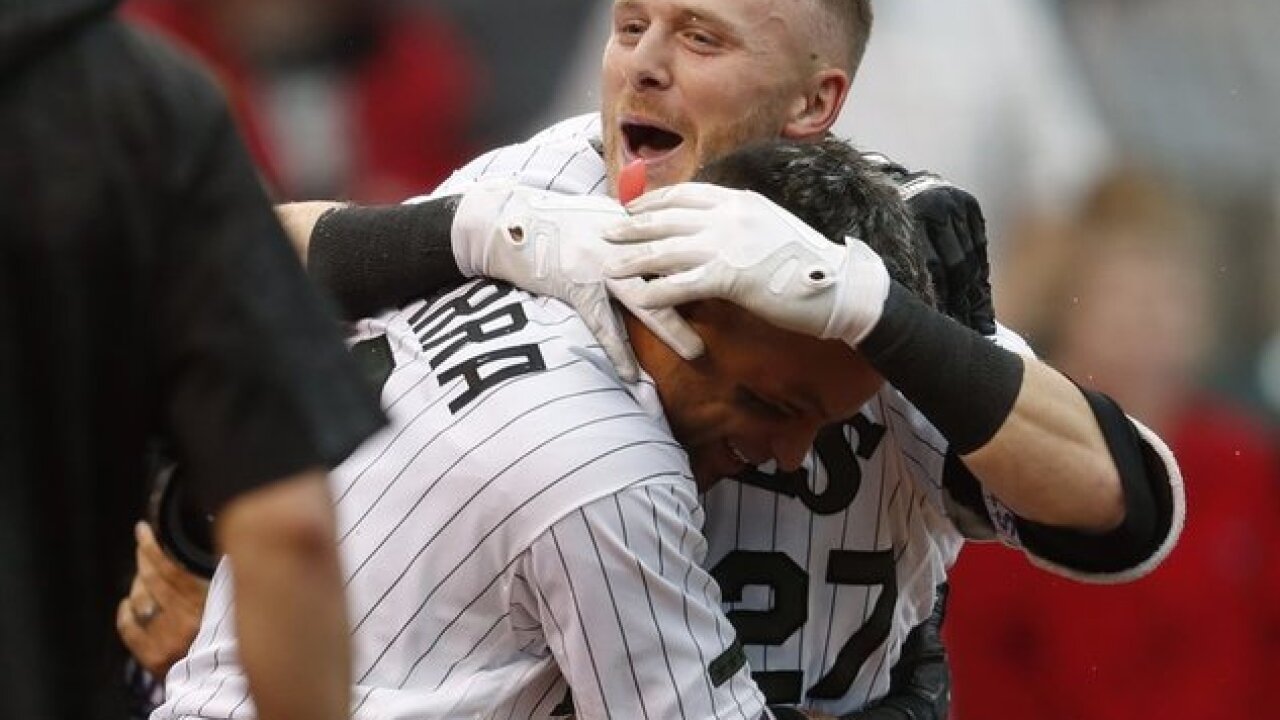 DENVER (AP) — All-Star Trevor Story led off the ninth inning with his 20th homer, and the Colorado Rockies completed a series sweep of the Seattle Mariners with a 4-3 victory on Sunday.

Story worked the count to 2-2 against Nick Vincent (3-2) before hitting a drive over the wall in left-center for a dramatic finish to a game played through steady rain. It was the first career game-ending hit for Story, who tossed his helmet to the ground after rounding third and was showered with ice water and popcorn by his teammates as he stepped on home plate.

Seattle (58-39) has dropped four straight and seven of nine.

The Mariners grabbed a 3-2 lead on Dee Gordon’s two-out RBI single off Jake McGee in the seventh. But the Rockies tied it in the bottom half when Ian Desmond tripled and scored on Chris Iannetta’s sacrifice fly.

Seattle opened the game with three straight singles. Mitch Haniger drove in Gordon with a base hit, and Denard Span made it 2-0 with a two-out RBI double.

Colorado rallied in the third, aided by Haniger’s error in right. He bobbled Nolan Arenado’s two-out RBI single, allowing Charlie Blackmon to come home from third with the tying run and Arenado to take second. Mike Leake then fanned Carlos Gonzalez to end the inning.

Leake was charged with an earned run and six hits in six innings.

Rockies: A day after missing a game because of tightness in his lower back, 2B D.J. LeMahieu was back in the starting lineup. “His (pregame) swings were aggressive, no apprehensions,” manager Bud Black said. “Mentally he feels good about where he is so he’s back out there.”