Airline is issuing credits to most but limited cash refunds 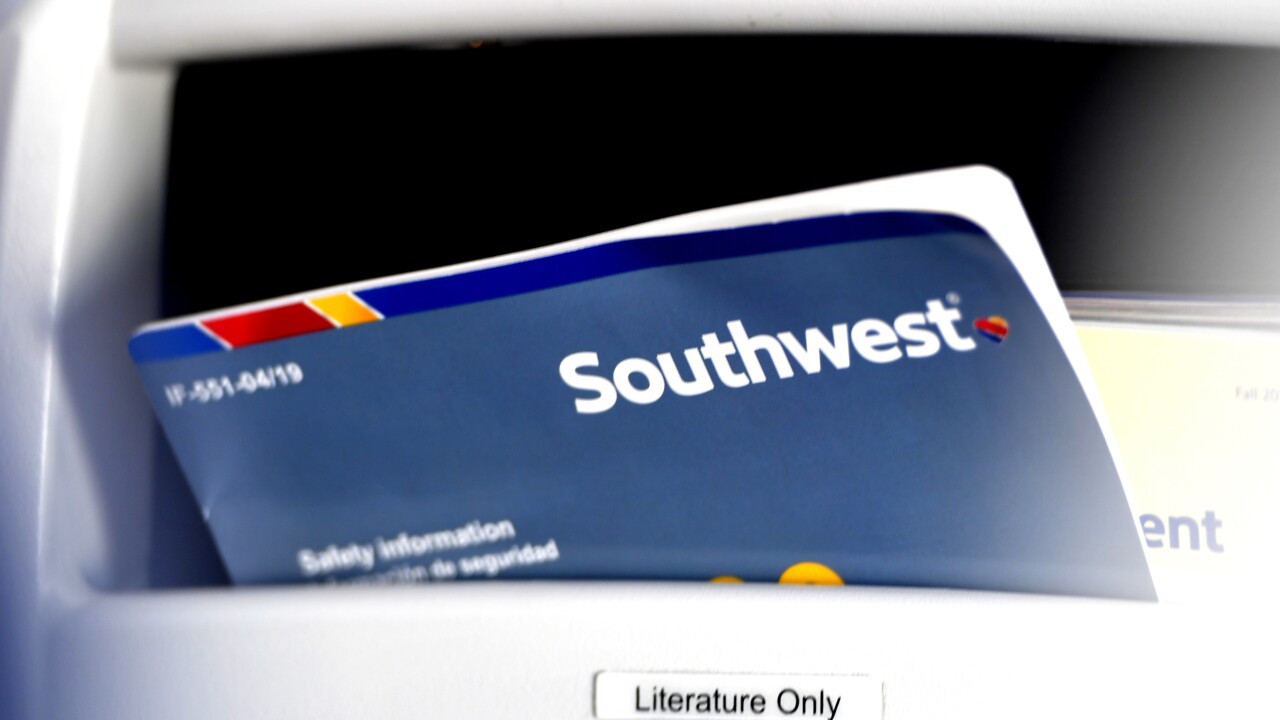 Copyright 2019 The Associated Press. All rights reserved
Mike Stewart/AP
FILE - This Sept. 9, 2019, file photo shows reading material on a Southwest Airlines plane at the Tampa International Airport in Tampa, Fla. The Southwest Companion Pass, a benefit of the Southwest Rapid Rewards program allows pass holders to bring one companion on flights for at least a full calendar year free of airline charges (not including taxes and fees). (AP Photo/Mike Stewart, File)

President Donald Trump is meeting with CEOs in the travel industry Friday afternoon - among them the CEO of Southwest Airlines.

Scripps National Political Editor and Washington correspondent Joe St. Goerge asked Kelly outside of the West Wing, "What does that mean for cities with hubs of Southwest does that mean reduced flights potentially?"

"That's what radically restructuring means but obviously I am a lot more optimistic and hopeful than that," Kelly said.

"I think the good news for our communities is Southwest comes into this crisis very strong," Kelly added.

"We have a lot of cash and low cost structure," Kelly said.

In regards to refunds for customers -- which has impacted millions of Americans -- Kelly said, "A lot of refunds have gone out the door."

"Where we don't have a refund available for a customer we have been very lenient in terms of extending the time they can use their ticket," Kelly said.

"Why not give them the cash though? They might need that $100 bucks?" St. George asked.

"It's like the movie "It's a Wonderful Life" when there is a run on the bank - the money is not sitting back in the vault it is invested in flights," Kelly said.

The Southwest CEO said the airline is taking additional steps to clean airplanes and separate passengers from one another. Masks policies are also in place.

Kelly was joined at the White House by leaders in the travel industry --- including Wyndham executives and the Chairman of United. Kroger's CEO Rodney McMullen was also invited.