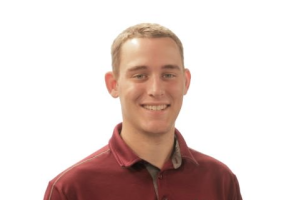 Ryan Osborne joined Denver7 in May 2019, coming to Colorado from Texas.

In Denver, he's covered a little bit of everything: From shootings and cold cases, to snowpack and rockslides, to craft beer and satellites.

Before moving here, Ryan worked as a digital journalist at WFAA in Dallas, where he helped in the station's coverage of major breaking news, such as the death of President George H.W. Bush and the shooting of Botham Jean. He also wrote original stories and produced videos for WFAA.com, profiling a marathon champion who lives in a van and featuring a forgotten minor league baseball stadium.

Ryan started his journalism career at a newspaper, working for the Fort Worth Star-Telegram as a high school sports reporter and then as a breaking news and crime writer from 2013-2017.

He graduated TCU with a bachelor's degree in journalism in May 2014. At TCU, he worked as a sports editor and reporter for student media publications and ran a website that covered TCU athletics. More importantly, he also met his future wife, Lauren, at TCU.

Ryan grew up in Lawton, Okla., and enjoys reading, listening to country music and watching sports.