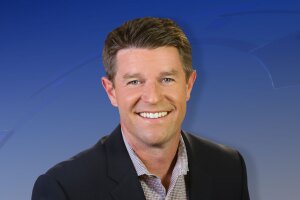 Russell Haythorn joined Denver7 as a general assignments reporter in November 2005. He is an award-winning journalist, most recently honored with a national Associated Press award for his coverage of the deadly EF5 tornado that ripped through Moore, Oklahoma in May 2013.

Since joining the team at Denver7, Russell has covered a number of important stories, including the Black Forest Fire, the Waldo Canyon Fire and the September 2013 Colorado floods. Russell also traveled to San Diego County, California in May 2014, to assist our sister station with coverage of the devastating wildfires in north San Diego County.

Russell is a Colorado native and a 1998 graduate of Colorado State University in Fort Collins. Prior to joining Denver7, Russell worked as a reporter/anchor for stations in Cheyenne, Wyoming, Lubbock, Texas and Greensboro, North Carolina.

Russell grew up on a farm in northern Colorado, and still enjoys spending his free time helping his brother on the family farm. Russell and his family live in Denver.

"If you ever have a story idea, don't hesitate to write me," he said. "I'm always interested in your ideas."