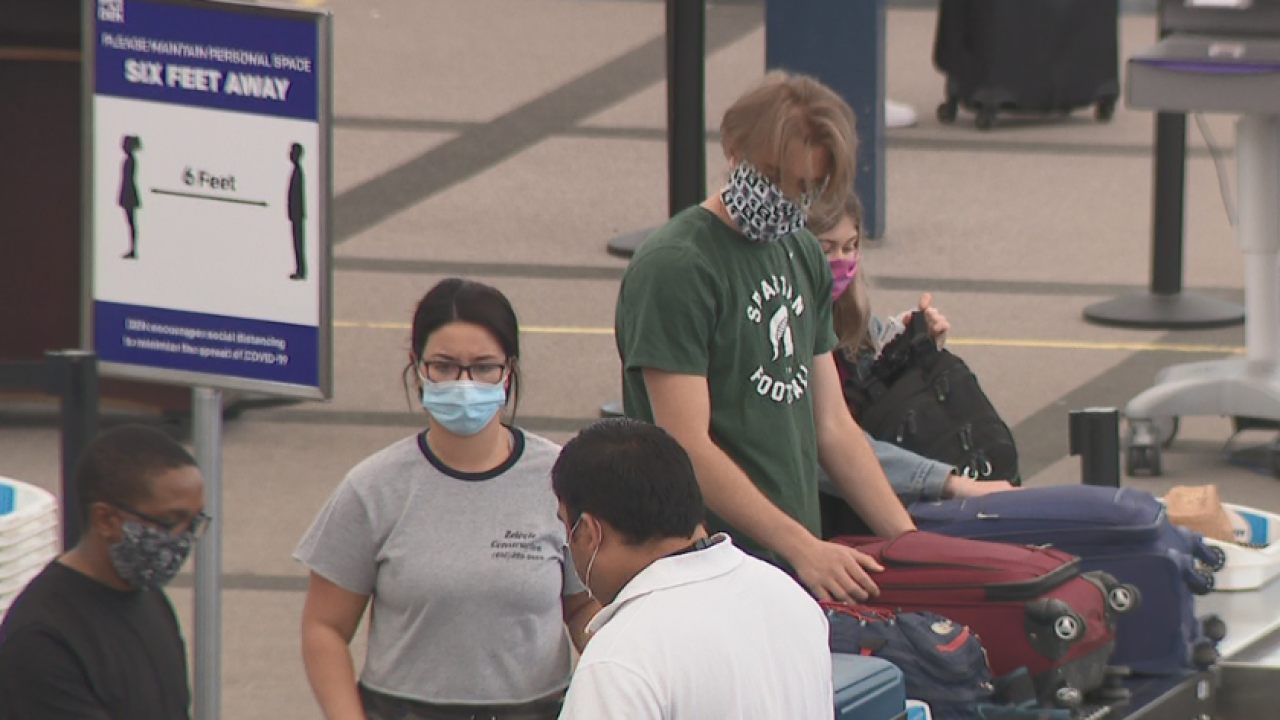 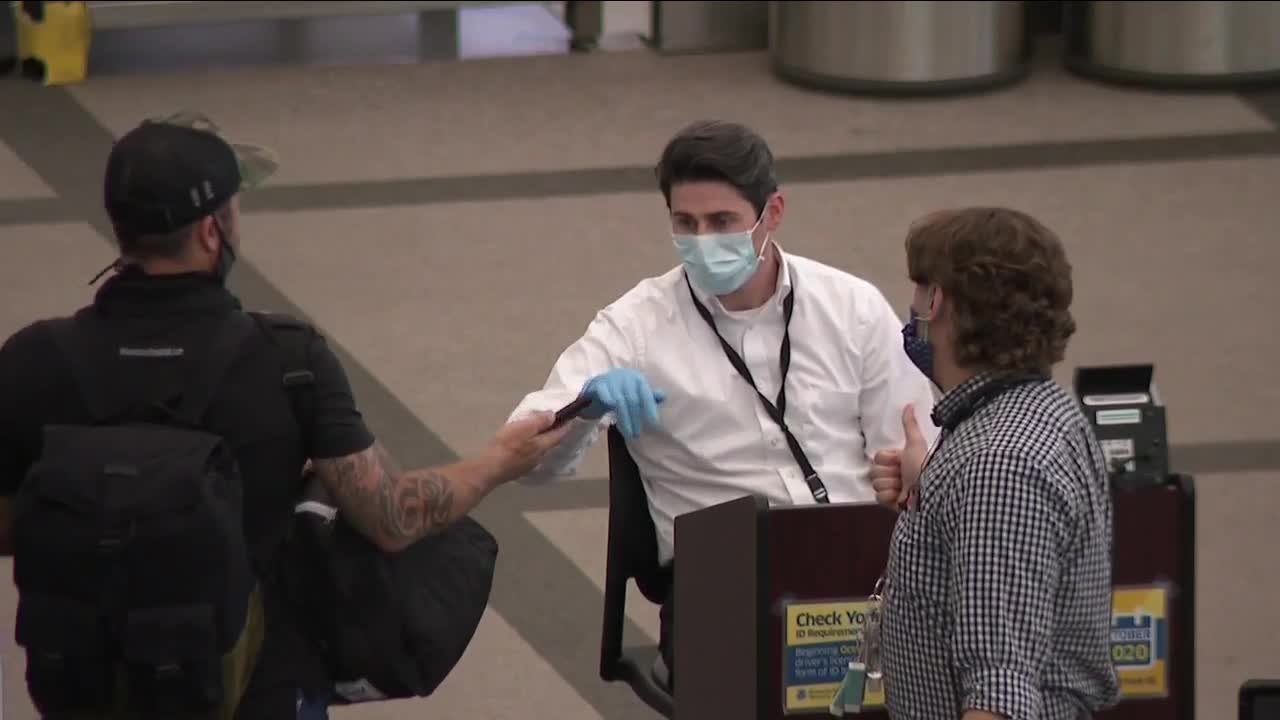 DENVER — Denver International Airport will soon require all travelers to wear masks through the airport in order to meet the city of Denver's face covering mandate, a spokesperson for DIA said Friday.

It's just another way traveling has already changed over the past several weeks since the new coronavirus arrived to the state. DIA has already added dozens of hand sanitizer dispensers around the airport and will soon be putting in plexiglass to separate passengers from TSA agents while they check ID's.

DIA is one of the busiest airports in the country but now, travel is down 95% from last year.

"Right now we are almost at complete destruction of the airline industry," said Skyler McKinley with AAA Colorado.

McKinley believes airlines will likely start taking steps to ensure customers it's safe to fly. That could mean increase in sanitation and even the removal of the middle seat or entire rows.

Aviation expert Jeff Price expects to see air travel pick up this summer before dropping back down in the fall.

"I think you’re going to see a lot of people fly right away because these are people that need to. They put off everything as long as they could," Price said.

As DIA now wants travelers to wear masks through the airport, some airlines like American, Delta and Frontier are also making it a requirement.

Price said passengers could also expect airlines to take other steps for the greater good.

"Airlines already have regulations where if they see someone who does not look healthy they can ask them to get off the plane," he said.