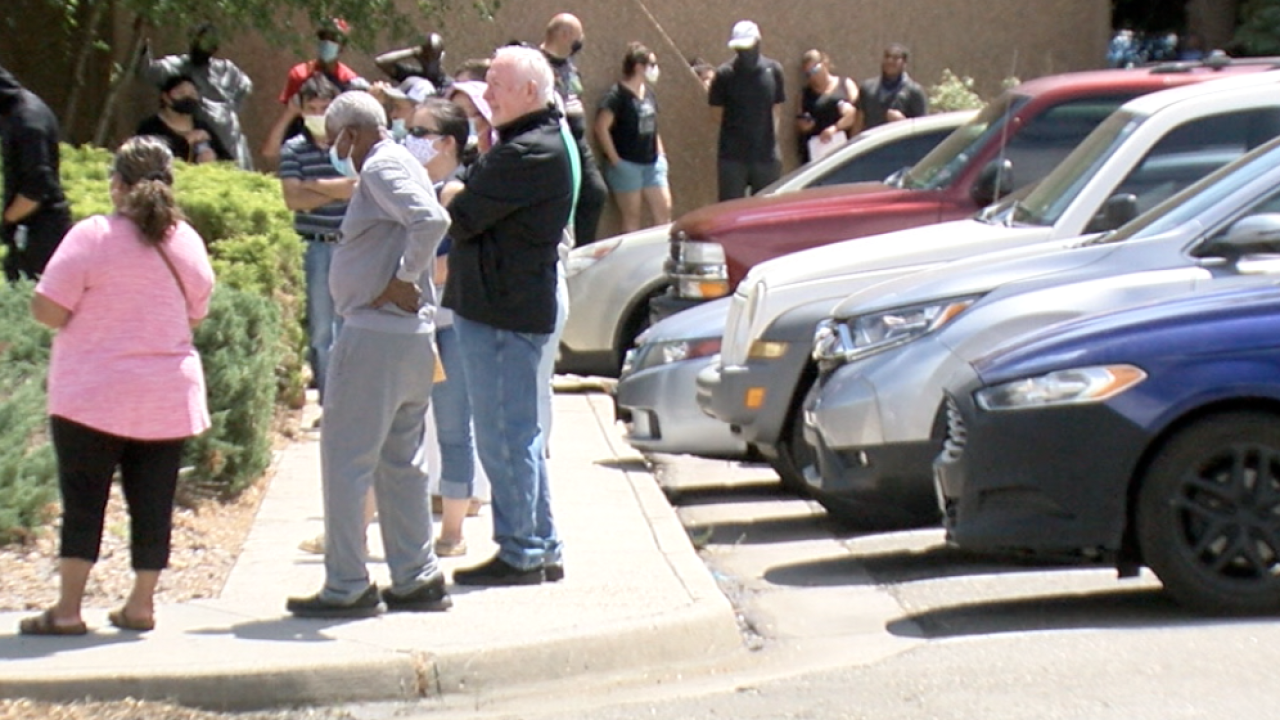 DENVER -- The DMV is not anyone's favorite place to go.

“I’m here to get my plates for my vehicle,” one patron said.

But with it finally open again as the state slowly reopens in the middle of the coronavirus pandemic, people came out in droves.

“I thought maybe people are lazy and they wouldn’t come so I was assuming that and I wanted it done,” added another.

The lines Denver7 saw made the normal wait at the DMV look like nothing.

“This line feels like hell bro. Feels like hell. It’s been an hour already,” said another person waiting in line.

The lines wrapped around buildings and down the block, all to get plates.

“So it’s like Disneyland. Waiting in line and I get something exciting,” ones person joked.

Probably not the term most waiting would use. It didn't matter which of the five open locations you went to.

“I live downtown so there was another DMV over there and I was wrapped around like the whole block and I came over here[Peoria location] and it was shorter,” said another patron.

If you thought the waiting was the hardest part, you’d be wrong.

“It’s hot; it’s miserable, and you need water,” one person in line added.

People took advantage of the shade when they could. Some brought umbrellas as the temperature climbed. Whatever it takes to get the job done.

“Had to do it in person 100%. I tried calling, I went to the website like frequently. They initially said they were open, I think May 31 or something, and now it’s a month later and don’t wanna get in trouble,” explained one person.

Not everyone needs to show up in person, so check online before you do. But those who braved the line and the heat are thankful it’s over.

“I’ll be more than happy I have my plates, I’ll have everything done. I’ll have my whole week to plan and be great,” ones person proclaimed.

When you finally get inside, there are protective separators so that will be new. However, if the rest of the week is like Monday, be patient and bring some water and a snack.

None of the people Denver7 spoke with wanted to be identified for this story.