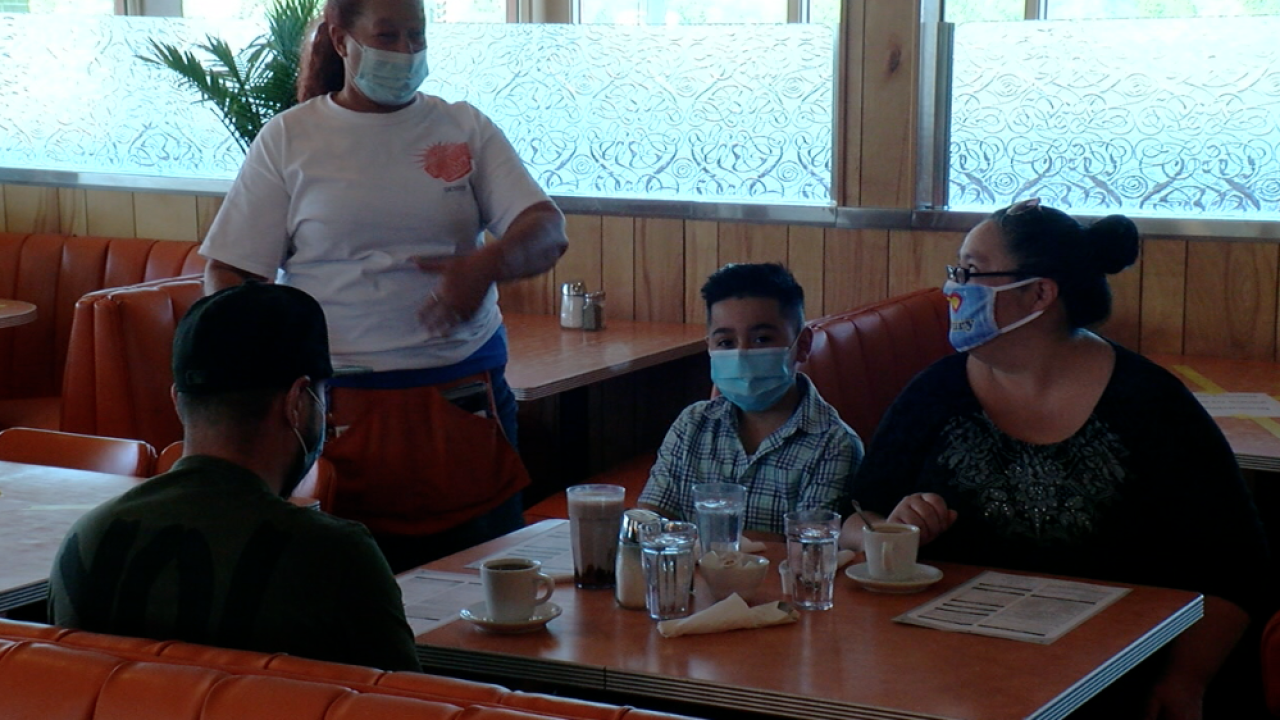 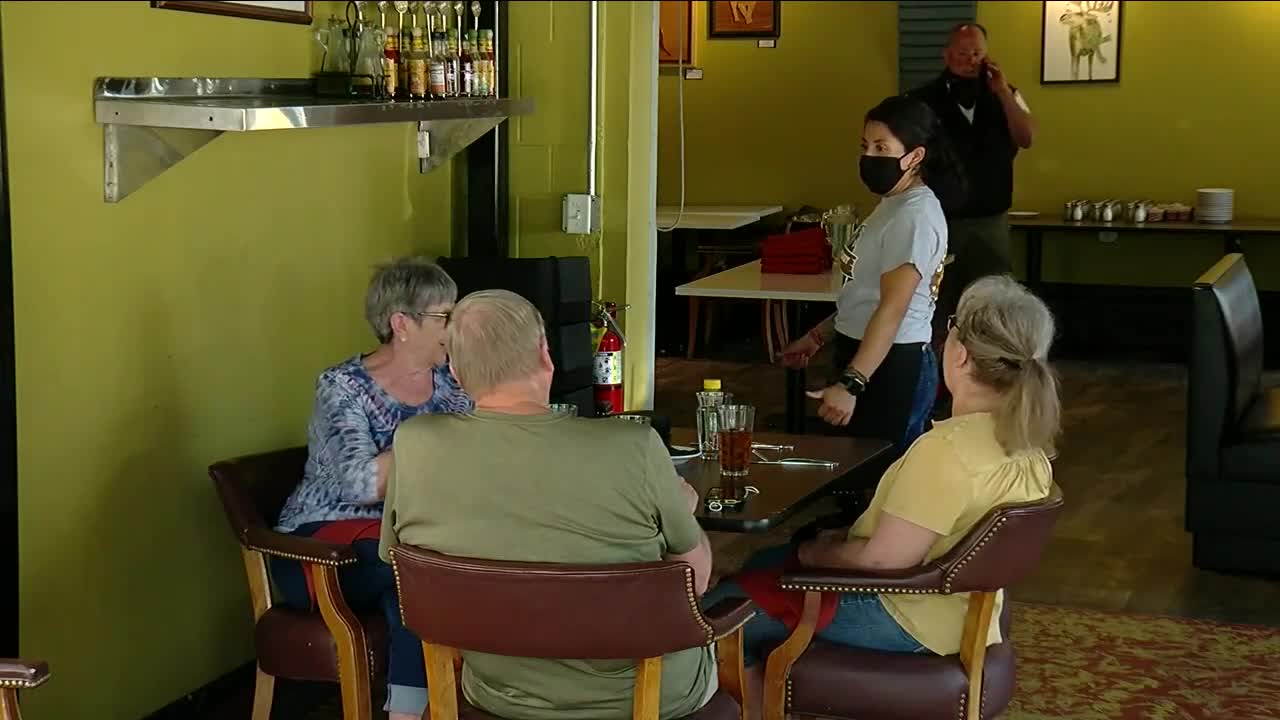 DENVER — Restaurants across Colorado were allowed to reopen with restrictions for the first time in months on Wednesday.

Some counties had received variances from the state which allowed them to reopen earlier, but the rest, including the Denver metro, were able to welcome back guests for dine-in services starting Wednesday.

“Oh, we’re excited as all heck to be back to work, to get back to our customers that we’ve had forever,” server and manager at The Breakfast King, Kelli Johnson, said.

“So we’ve marked our tables so that was there is 6 feet between each table,” Johnson said, pointing out yellow tape on tables marked closed for social distancing.

Some of the other requirements that restaurants like the Breakfast King have to follow include servers wearing masks, and having to bring items like coffee cups and ketchup to the customers, not have them set out on tables.

“We’re figuring it out,” Johnson said.

At the Belmar shopping center in Lakewood, customers once again came back to several of the restaurant patios for lunch service.

“At least people are out, they’re being active, enjoying the fresh air. All of this is healthy,” one customer who did not wish to be identified for this story said.

On Main Street in Littleton, one restaurant owner compared Wednesday to Christmas.

“It’s gonna be great to see our regular guests again and the new guests that came in for carryout,” Grande Station owner Kurt Fischer said.

His social bistro is now a socially distant bistro, with more space between tables and servers in masks. But an "expansion" is coming. The City of Littleton received approval from the county health department to close its Main Street on weekends to allow for more space for restaurant dining.

“People compare it to Europe where they can sit in the street and enjoy a meal and go shopping when they’re done,” he said.

The city is aiming for that to happen starting on June 5.

Denver7 crews did not note any overflowing patios or overcrowded restaurants. Many restaurants were not open for dine-in service yet, citing having to re-hire or re-train employees on new procedures that had been laid out by the governor just two days prior.