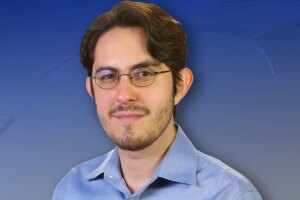 Óscar A. Contreras is a Murrow-nominated journalist who has been writing for the E.W. Scripps Company since January 2014.

Óscar joined Denver7 in July 2015, right toward the end of the James Holmes trial. During his time in Colorado, he has covered the verdict in the Aurora Theater Shooting and its aftermath; the Denver Broncos and their Super Bowl 50 victory; severe weather including snowstorms, tornadoes and wildfires; and local angles on the 2016 presidential election.

Being multilingual, Óscar has also covered major international events online such as the Paris terrorist attacks and Mexico’s Hurricane Patricia, the strongest hurricane on record.

Before joining Scripps, Óscar completed a master’s degree in Mass Communication at the Walter Cronkite School of Journalism and Mass Communication in Phoenix, Ariz., where reported on government, immigration and transportation issues for Cronkite News Service, a news wire service with over 30 clients across the state. He also produced and anchored Cronkite NewsWatch en Español, the Spanish-language sister of the award-winning, student-produced live 30-minute newscast covering Arizona public policy issues reaching over 1 million viewers each week.

When he’s not working, you’re likely to find him walking around the city with a book in hand in search of new places and people. He enjoys listening to classical music, playing a good game of chess and expanding his knowledge of the world by conversing with friends and strangers alike.