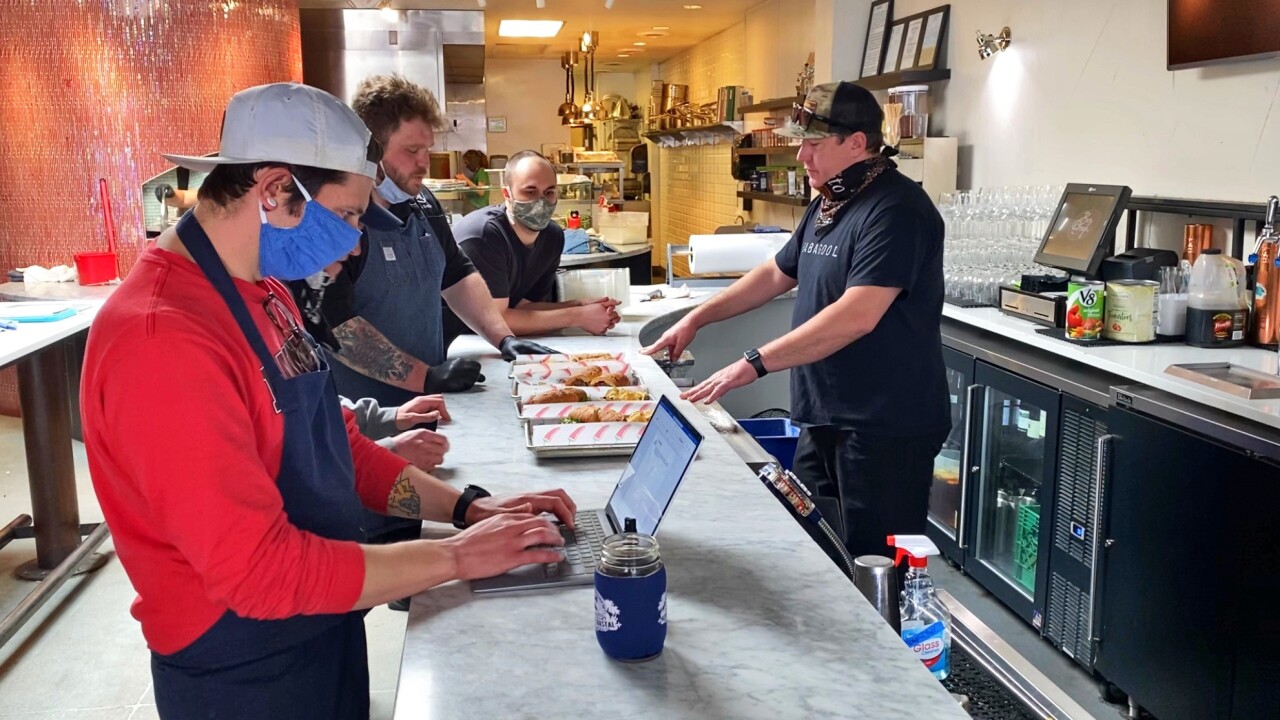 Sloan Dickey
Chefs and cook staff at Bar Dough test new menu items for their new concept restaurant &#39;Jabroni and Sons&#39; that will open in May. 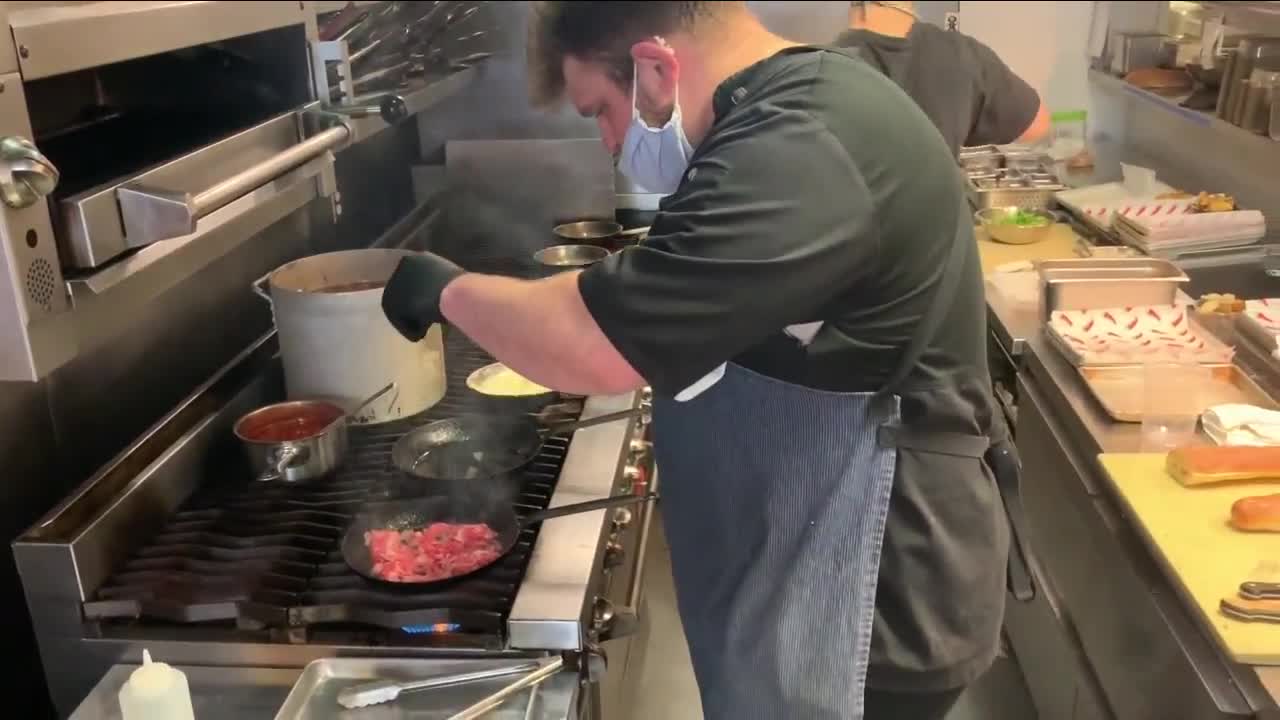 "Jabroni and Sons starts on Tuesday out of this kitchen," said Juan Padro, CEO of Culinary Creative Group that owns the now-bustling kitchen at Bar Dough. "There is a lot of innovation going on right here."

While the restaurant group has taken on heavy financial losses because of COVID-19, Pardo and other restaurant managers were busy collecting plans and ideas for how to move forward.

"How do we continue to create experiences for people in the environment that requires much less touch in an industry that is known for just that, the touch," explained Padro.

Part of the plan forward is through community partnerships.

"Today, we are doing 200 meals to Denver Health," said Emily Overmeyer, the catering director of Culinary Creative. She has taken over community relations for the company since the business canceled its event catering. "I have been just as busy this week as I would be any week in the summer for events. "

The restaurant's capstone project, opening the new 'pop-up' Jabroni and Sons restaurant, will operate out of the Bar Dough Restaurant. Padro says the restaurant is the result of hours of testing and innovation that were ramped up after the dining room closed. But it is a project that other restaurants can take on as well.

"Pop-ups are important. I hope more people do them," Said Padro. "If you are an up-and-coming chef to put some stuff on the menu or do some specials or really kind of put your stamp on something. Because everyone is really kind of open to ideas right now."

Possibly mapping a new path forward in the new world after coronavirus.

"Something is going to come out of this that is going to be awesome, that I can say. But what it is, I'm not quite sure," he said.